Get the app Get the app
Already a member? Please login below for an enhanced experience. Not a member? Join today
News & Videos New ‘GA friendly’ airport opens in North Dakota

A brand-new airport has opened for business in western North Dakota, with local residents cheering, officials celebrating, and the first inbound airline flight landing with a locally born pilot at the controls. 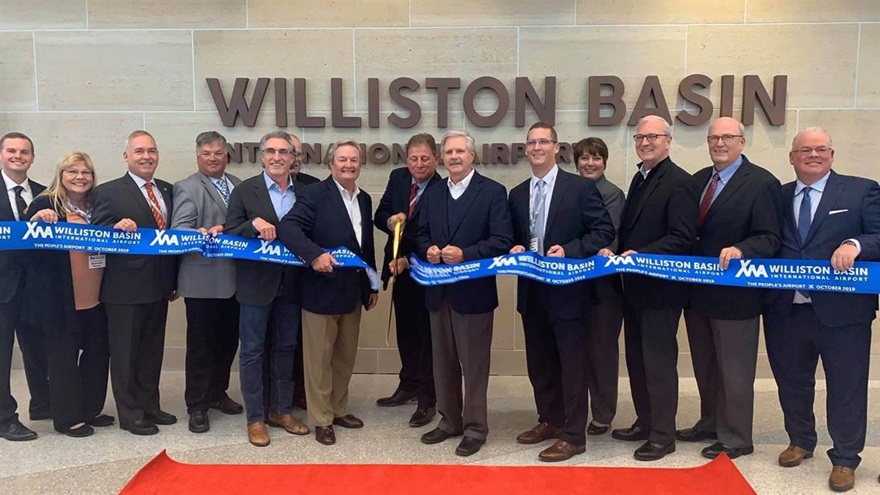 Williston Basin International Airport took over serving the city of Williston from the now-closed Sloulin Field on October 10. The city’s population had swelled from 14,700 to about 27,000 between 2010 and 2018, according to Census data, with demand for transportation driven mainly by the “Bakken boom”—the activity in the nearby Bakken oil fields—outgrowing the old airport located in downtown Williston.

Calling itself in promotional material “the first new airport built in the US in 9 years!,” the new airport, identifier KXWA, is a four-gate commercial-service facility that also includes new general aviation amenities and room for them to expand. The airport has a 7,500-by-150-foot main runway with a crosswind runway slated for completion in 2020 or 2021.

“AOPA members may recall that Sloulin Field was on AOPA’s top 10 most complained about airports with high ramp fees, shortage of hangar space, and limited ramp space that led to multiple complaints,” he said.  “AOPA staff had a productive conference call with Williston city officials in June 2018, when we were pleased to learn that the new airport would be GA friendly and have ample ramp space for transient aircraft.”

At the time of those discussions, the future airport’s management was in the process of evaluating proposals for an FBO. The full-service FBO concession was eventually awarded to Overland Aviation, a local aerial services provider founded by Tanner Overland in 2011. Overland prevailed over Signature Flight Support, which operated at Sloulin Field, and expects to have its new facility operating at full service in November, Lewis said.

“Williston’s airport management understands the demands and required services of general aviation. They also understand that this community expects to be treated fairly. Positive steps have been taken in the FBO selection process to consider all the factors that make general aviation vibrant in North Dakota,” Lewis said.

The official first day of operations featured a weather-induced plot twist that won’t be soon forgotten in Williston—least of all by the tired-but-jubilant airport manager, Anthony Dudas.

According to the Williston Herald newspaper, a “United Airlines flight that was scheduled to be the first into the new facility was delayed in Denver due to weather issues, making Delta Connections from Minneapolis the first plane to land. That plane, the first commercial flight into Williston’s state-of-the-art new airport, was piloted by none other than Williston native Elliott Monson.”