Get the app Get the app
AOPA Members DO more LEARN more SAVE more - Get MORE out of being a pilot - CLICK HERE
News & Media Musings: Building a magical place

Grassroots aviation brings an airport back to life

My home airport, Essex Skypark (W48), is the poster child of grassroots aviation. Located near Baltimore, Maryland, on 588 pristine acres of land protected by a conservation easement, the airport is the central focus on a peninsula bordered by the Middle River to the north, the Back River to the south, and the wide expanse of the Chesapeake Bay to the east. A narrow, treelined drive of more than half a mile gently welcomes drive-in visitors, ending at a small parking area that overlooks the runway. It is a favorite spot for take-out lunch eaters to watch the airplanes. 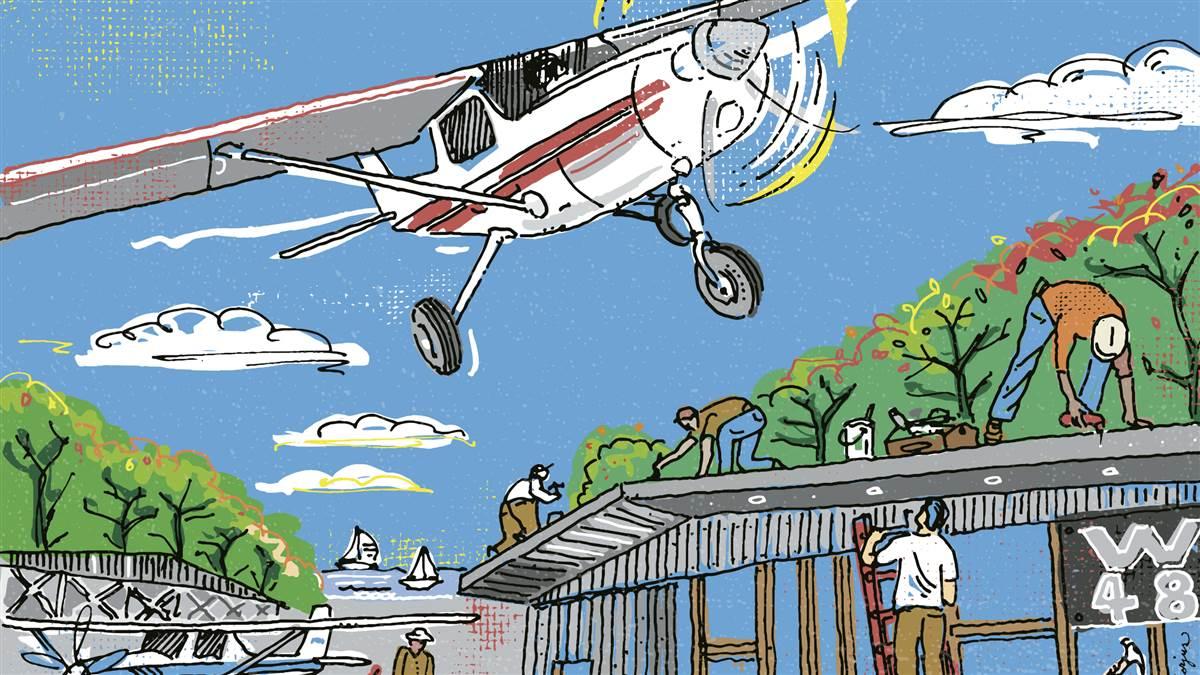 Fly-in guests must contact the tower at Martin State Airport, as Essex Skypark is just within its Class D airspace—the controllers are used to safely guiding folks into W48. The approaches to Runway 16 and 34 are over water and offer a spectacular view, constantly changing with the seasons. Fly your numbers to the somewhat challenging 2,100-foot-by-30-foot paved runway. It appears much shorter and narrower as it is tucked down into the trees. The local pilots will tell you about the Runway 34 mystery gusts that seem to blow even on calm days. The approach to 16 may surprise newcomers with a gentle bump as they pass the opening in the trees that leads to the old seaplane base. For the grassroots pilots here, like me, these little quirks contribute to the Skypark’s charm, and they become part of a flying routine so predictable as to go unnoticed. Don’t worry about the radio-controlled airplane pilots. They have their own pristine runway near the tree line, and they monitor the CTAF to ensure the little airplanes are on the ground when we are flying the big airplanes.

Essex Skypark is unique in the United States and maybe the world. The land is owned by Baltimore County, subject to a restrictive conservation easement and subleased to the pilots on the field. In 2013 the pilots’ association, with the welcome help of the surrounding community, won a hard-fought battle to save the airport and were granted a 99-year lease on the 60 acres that comprise 39 hangars, the runways (there’s an adjacent turf strip), and a small FBO building. The pilots’ association is formed as a membership club and operates the airport on an all-volunteer basis. This public-use airport does not have a single employee—only passionate aviators, aircraft builders, mechanics, and friends who care enough to dedicate a significant amount of their time, skills, and energy to preserving and restoring this beautiful piece of Maryland history.

Originally constructed in the late 1930s, the airport has survived many iterations and even a few name changes. It hosted a residence and a beach bar, both lost to storms long ago. It has a sordid and interesting history with Navy sailors visiting the Port of Baltimore. It is said that bootleggers would hide their bottles in sunken crab pots in the rivers and bay, identified only by the color of the float at the surface. Nighttime boaters would gather the stash for later distribution.

The surrounding acreage is a true wetland teeming with wildlife. Waterfowl, hawks, egrets, herons, and eagles are tenants, as are deer and many other lowland critters. An albino deer was spotted recently.

Long neglected, the airport is now enjoying a rebirth. With the stability of a 99-year lease, local pilots are investing in the reconstruction of hangars that were originally shacks built more than 70 years ago. Access points and taxiways have been repaired. Hundreds of feet of drainage pipe were installed to mitigate incursion on the near-water-level elevation.

The county lease and environmental easement all but prevent the airport from attracting funds from outside the local pilots’ group. As a result, we don’t have a lot of money.

Thankfully, an effective stand-in for money is a combination of passion and talent. Essex Skypark has an abundance of both. On this field we have expert welders, builders, hydraulics engineers, heavy equipment operators, lawyers, mechanics, woodworkers, financial advisors, construction managers, physicians, flight instructors, concrete installers, and machinists. We have yet to run across a project where someone did not say, “We can do that ourselves.” And do it we have. In recent years, the large community hangar received a new rear wall, floor coating, paint, windows, and a hydraulic door. Nearly every hangar on the field has been rebuilt or is currently undergoing construction.

The 1940s-era FBO building is the current focus of the pilot’s association’s efforts. It has been a decaying runway-side eyesore for too long, but it has strong and handsome bones. Arguably the biggest challenge faced by the pilots since saving the airport, the rehab will take at least a year of concerted effort to restore the sagging and leaking roof, ancient plumbing and electric, drafty windows, hanging siding, and crumbling concrete porch. But we have a vision, we are motivated by this airport’s place in Maryland’s history, and we certainly have an abundance of talent.

When you visit W48 you’ll still experience the idyllic atmosphere of open hangar doors, barbecue grills, hangar flying, a little ride hopping, and maybe even a flying musician picking a tune, but you will also find us hard at work driving nails and pouring concrete.

I often wish that we had more money to work with, or at least a less restrictive environment where money could be earned from public services. Things would certainly happen much faster.

But then I find myself part of a Saturday work party, a group of volunteers with disparate backgrounds, bonded by a passion for aviation. I watch them take stock, discuss issues and options, formulate a plan of action, and then implement that plan as a team.

Most important, I witness the dawning of a sense of ownership. We are dug in here. This is going to be a beautiful place, a magical place, and it won’t be something that we bought.

Jeff Auen is a private pilot based at Essex Skypark in Maryland. 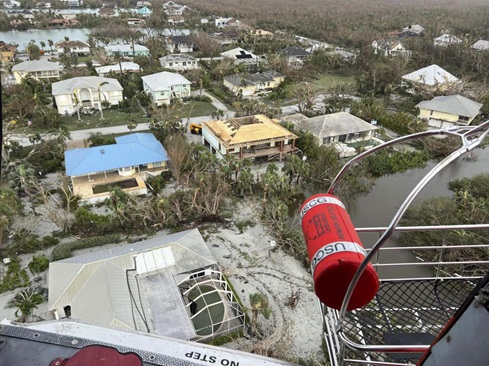