Get the app Get the app
Get the latest news on coronavirus impacts on general aviation, including what AOPA is doing to protect GA, event cancellations, advice for pilots to protect themselves, and more. Read More
Already a member? Please login below for an enhanced experience. Not a member? Join today
News & Videos People: Harrelson vs. Conrad

Bill Harrelson is taking aim at one of general aviation’s longest-standing endurance records: Max Conrad’s 1961 westbound flight around the globe. 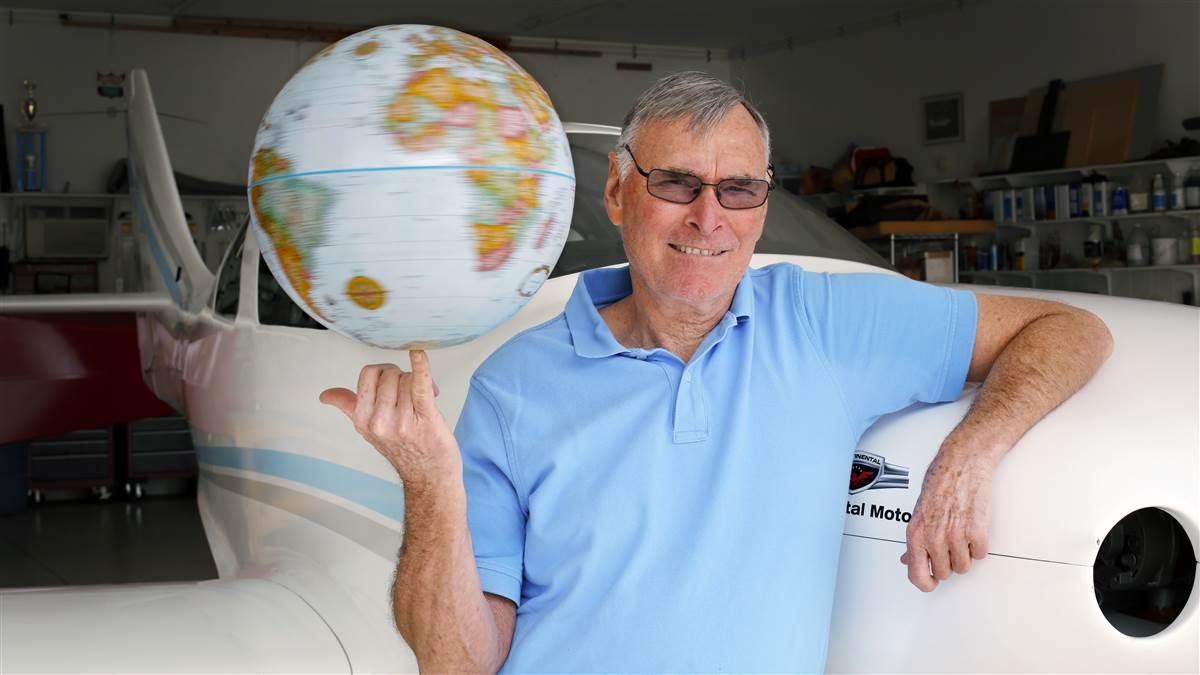 Conrad’s epic eight-day, equatorial flight in a Piper PA–23 Aztec began and ended at Miami International Airport, and it hasn’t been challenged in the 58 years since. It was the crowning aviation achievement among Conrad’s long list of aviation feats that included more than 200 ocean crossings in piston GA aircraft and numerous speed and endurance marks.

“Max Conrad’s around-the-world record has long been seen as unbeatable, and that’s what intrigues me so much about it,” said Harrelson, 69, who holds Fédération Aéronautique Internationale (FAI) weight-class world records for distance (Guam to Jacksonville, Florida, 7,051 nautical miles, in 2013) and polar circumnavigation (24 days in 2015).

Harrelson built his own airplane—a Lancair IV that can carry more than 350 gallons of avgas—for the purpose of setting aviation records. And his airplane’s massive range and 180-knot cruise speed (not to mention satellite navigation) give him confidence he can surpass Conrad’s mark.

One thing that Conrad had, however, that Harrelson lacks is a second engine. And almost all of Harrelson’s route will be over oceans.

From Miami, Harrelson expects to start the record attempt in December and will make just four stops: Honolulu, Hawaii; Jakarta, Indonesia; Walvis Bay, Namibia; and back to Miami. By contrast, Conrad made 14 stops on his 1961 adventure.

Harrelson, a former airline captain and marathon runner, said he planned no more record attempts after setting the polar mark four years ago. But he said he would regret never attempting to surpass Conrad’s Miami-to-Miami record.

“I’ve looked at it very closely,” he said, “and I firmly believe that it’s well within reach.”