Get the app Get the app
Get the latest news on coronavirus impacts on general aviation, including what AOPA is doing to protect GA, event cancellations, advice for pilots to protect themselves, and more. Read More
Already a member? Please login below for an enhanced experience. Not a member? Join today
News & Videos Michigan township to decide airport's future

The outlook for a community airport in western Michigan will be in the spotlight Sept. 30 at a special meeting of the township’s governing board. 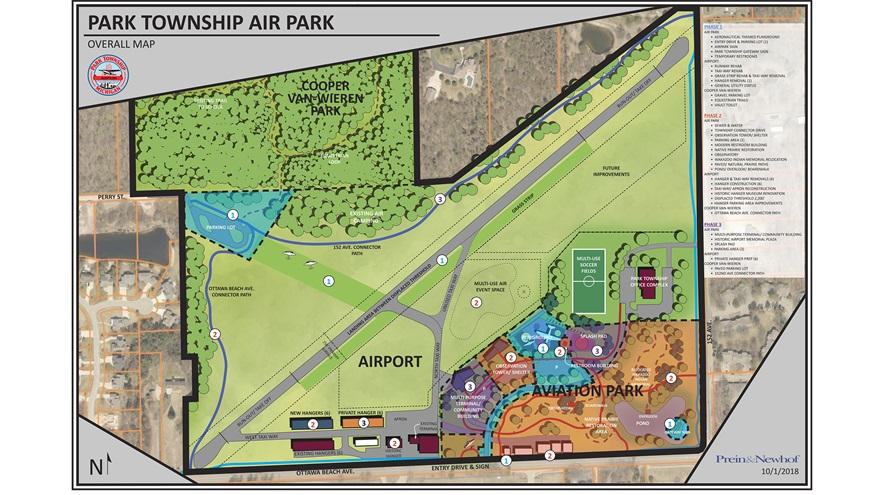 The Park Township Board of Trustees has scheduled a special meeting to take up a report issued by a committee established to offer a vision for continued operation of Park Township Airport, a field that dates to the 1930s. An attempt to shut down the airport in the 1990s failed, but local officials have been reluctant to invest resources in the facility since then, said Kyle Lewis, AOPA’s Great Lakes Region manager.

“Residents have supported the airport in general, but not spending tax dollars to maintain it,” he said.

The report, written by Township Manager Howard Fink, recognizes that the airport’s path forward requires support of township residents beyond the local aviation community. It approaches the revitalization project—conceived  to run in three phases over 10 years—"in a completely unique and visionary way. The plan takes concepts that have been debated for decades, expands on them, and provides the collective wisdom of a large stakeholder group to identify the most appropriate implementation strategy,” he wrote.

Lewis said funding sources for the $1.7 million project to upgrade airport infrastructure and add hangars would be a combination of local funds, grants, private investments, levies, and the possibly state funding.

“Proponents of the airport, including AOPA’s Airport Support Network volunteer, Jeff Vos, believe that this plan will encourage local officials to invest in the airport rather than let it deteriorate,” Lewis said.