Get the app Get the app
Already a member? Please login below for an enhanced experience. Not a member? Join today
News & Videos Accident Analysis: Lost at sea

Sometimes we don’t get answers

On May 24, 2019, the solo pilot of a Cessna 560 Citation eastbound at Flight Level 390 missed a handoff from the Atlanta to the Jacksonville Air Route Traffic Control Center.

These symptoms may be signs of a lack of oxygen.

Symptoms of hypoxia differ by individuals. Some companies offer altitude chamber experiences so pilots can learn their personal signs of hypoxia.

Jacksonville controllers watched the airplane pass through first their and then Miami’s airspace, overfly its filed destination of Fort Lauderdale Executive, and continue out to sea.

Air Force F–15s intercepted and shadowed the jet. Its pilot was visible—one pilot reported he was “unconscious and slumped over the controls.” The fighters stayed with the Citation until it descended into the ocean some 310 miles off shore. The Coast Guard’s search was suspended the next day, and the NTSB’s preliminary report notes that “The pilot and the airplane were not recovered.”

Unless that changes, the cause will probably never be determined—and it’s hardly an isolated case. Seven months earlier, a Bahamas-bound Piper Navajo disappeared into the Atlantic while attempting to turn back to Charleston, South Carolina, after an unspecified emergency at FL250. In August 2015, a turbine-powered experimental Lancair Evolution crossed the coast at FL250 and ultimately sank in the Pacific 490 nautical miles northwest of San Francisco; it was also intercepted by military aircraft. And in April 2012, a Cessna 421C eastbound at FL270 began orbiting counterclockwise over the Gulf of Mexico “at high altitude and low airspeed.” NORAD fighter pilots saw the pilot “slumped over…not moving.” After three hours it presumably ran out of fuel, descended, and sank. The Coast Guard was unable to reach the scene in time.

Hypoxia is the most tempting explanation for pilot incapacitation at high altitude, but hardly the only one. There’s also carbon monoxide poisoning—technically also a type of anemic hypoxia—other medical emergencies, ordinary fatigue, and even attempted suicide.

The NTSB is disciplined about refraining from speculation. The fighter pilots chasing the Cessna 421C reported seeing frosted windows—a typical sign of decompression—but the board attributed the accident only to unexplained “pilot incapacitation.” The Lancair remained at least partially afloat for some 42 minutes after ditching, suggesting that its pressure vessel was intact. Even with night vision goggles, chase pilots were unable to see anything beyond a suggestion of a shoulder harness extended to its maximum forward limit—in a cockpit where the pilot would normally be visible, conscious or not.

Should you care? If the question’s only whether your death can be explained, maybe not. Some of us hope there will never be a definitive resolution of Amelia Earhart’s disappearance. But if it’s one of avoiding sinking without a trace, you might. Start by training yourself to go on oxygen at the first sign of anything unusual on high-altitude flights. You can always take off the mask after it’s sorted out. 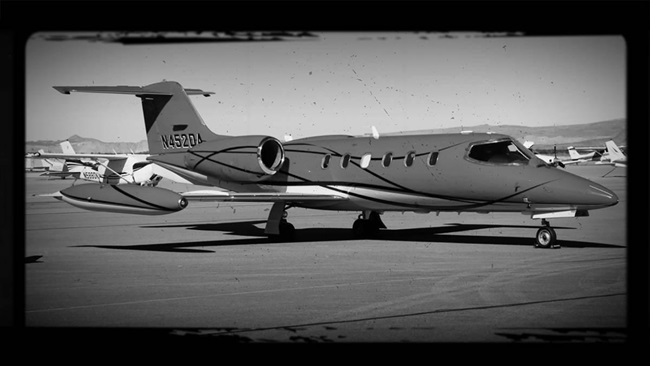