The secret to making airplanes fly fast is that there is no secret. Reducing weight, improving aerodynamic efficiency, and boosting engine power all provide thoroughly understood and scientifically quantifiable benefits. Even so, there’s still room for some surprises.

Andrew Findlay, winner of the Sport Class at the National Championship Air Races in Reno, Nevada, in 2018, pushed his modified Lancair Legacy to an average speed of more than 400 miles per hour. And he and his One Moment team expect to go even faster this year.

“We brainstorm, we test ideas, and we keep working,” said Findlay, 37, an engineer and former motorcycle racer who began competing at Reno in 2012. “Every little bit helps.”

Findlay, of Hampton Roads, Virginia, bought a turbocharged Legacy designed specifically for air racing in 2012 that had a top speed of about 310 mph. That was fast enough to qualify for the top Gold division at Reno, but not enough to be a contender. Modified Legacies, Glasair IIIs, and Thunder Mustangs already had proven they could not only finish ahead of him, but they could lap him—and that, Findlay decided, was totally unacceptable.

He and his team set out on an unending quest for more speed. They’ve steadily increased the airplane’s speed so much that they’ve been contenders for the past three years, and the team won for the first time in 2018.

Findlay’s modifications to the airplane he bought began right away with the twin-turbocharged Continental IO-550 engine. He increased the boost to 55 inches of manifold pressure from 40 inches, and he added a water/methanol injection system to cool the cylinders. Right away, top speed jumped to 347 mph.

Next, the team widened and changed the shape of the fuselage to smooth the area where it met the aft portion of the wing. Tuft testing, 3-D modeling, and research by fellow racers convinced Findlay he could gain speed by reducing aerodynamic drag at that intersection, and on the belly.

Modified Legacies, Glasair IIIs, and Thunder Mustangs already had proven they could not only finish ahead of him, but they could lap him—and that, Findlay decided, was totally unacceptable.“The bottom of the belly had a sharp edge to it,” Findlay said. “The tuft tests showed a disturbance there.”

By widening the outside of the lower fuselage and eliminating the sharp edge, the airplane gained about 5 mph at cruise, and even more at race speed. An unexpected side benefit was that the elevator became more effective during approach and landing.

“The airplane used to land kind of flat,” Findlay said. “Now, it touches down nicely on the mains, and I can hold the nosewheel off the ground as the airplane decelerates.”

The team also beefed up and stiffened the airframe by adding two layers of carbon fiber to the aft fuselage and horizontal tail. The added strength came with a negligible weight gain, Findlay said, and it provided some peace of mind since the Legacy was racing well in excess of the kit airplane’s original never exceed speed (of 274 knots/315 mph).

Last year, the team shortened the Legacy’s wings by 2 feet.

“We studied wing tip design for nine months beforehand,” Findlay said. “We considered making perfectly elliptical wing tips, winglets, and other shapes. But in the end, we concluded that the wing already provides plenty of lift on the racecourse, even in the turns where we’re typically pulling about three Gs. What we needed wasn’t more lift but less frontal area.”

Replacing the wing tips with carbon fiber caps added 2 mph at cruise and 5 mph at race speed. Combined with fences that direct airflow over the ailerons, the change also increased roll rate to 120 degrees per second from 90 degrees. Unlike previous aerodynamic changes that made the airplane easier to land, shortening the wings requires increasing the final approach speed by about 5 mph (to 110 mph or 95 knots).

Other aerodynamic improvements include gap seals, making the landing gear doors fit so well they’re virtually airtight, adding turbulence-inducing tape on the rear portion of the canopy and other places where an airflow discontinuity may exist to keep airflow attached, and covering painted-on sponsor logos with a layer of transparent clearcoat paint.

“We don’t put sponsor stickers on top of the skin,” Findlay said. “We want the entire airframe to be as slick as it can possibly be.”

Unlike aircraft manufacturers or Nascar teams, Findlay doesn’t have access to a wind tunnel for testing. Instead, he and his team rely on commercial computer programs like SolidWorks. They make some 3-D-printed shapes for evaluation. Then they apply modeling clay and test it using the CAD software. Finally, they fly the modified airplane with tufts of yarn attached and GoPro cameras showing how the yarn reacts in flight.

“Putting tufts on an airplane and flying it provides the most realistic tests you could ever hope for,” Findlay said. “It gives you a very good sense of the flow patterns.”

“We brainstorm, we test ideas, and we keep working. Every little bit helps.” —Andrew FindlayOther modifications were the result of the previous ones. For example, all the speed increases were stressing the bubble canopy to the point that it started lifting up in flight. Findlay added extra latches at the front of the canopy to prevent it from flexing, and the airplane gained about 3 miles per hour at cruise as a result.

Findlay flies his airplane throughout the year, and he’s logged more than 800 hours in it to date. He flies it to Reno each year, which takes about nine hours from his home on the East Coast. When he travels, he typically cruises in the high teens with oxygen, or VFR at 12,500 feet without it.

In normal cruise, the airplane flies about 280 nautical miles per hour true (245 KIAS) while consuming about 14 gallons per hour. “I usually plan on 18 to 20 [statute] miles per gallon,” he said.

Findlay said the existing general aviation fleet can benefit from some of the lessons racers have learned about speed and efficiency. Those who fly FAA Standard-category airplanes, for example, can improve performance by adding gap seals, getting rid of external antennas (or shrinking them), and improving the flow of cooling air in the engine compartment.

“Good baffling helps engines run cooler,” he said. “If one cylinder runs hot, see if you can correct it with better air flow. It’s usually something simple.”

Instead of looking for one single answer for improving performance, Findlay said he’s learned that results are cumulative, and his team’s success has come from scores of small improvements. This year, their focus is refining the changes they’ve already made and making them more robust, reliable, and consistently repeatable.

Unlike other racers who jealously guard their plans, modifications, and lessons learned, Findlay gladly shares his team’s successes and failures on his personal blog (teamonemoment.com/blog). By doing so, he hopes to expand Sport Class racing at Reno, increase safety, and build the sport.

“I’ve had such a positive experience with racing and the people who do it that I’d really like to see the sport grow and thrive,” he said. “People in aviation are the doers in life. We all owe it to each other to help out whenever and however we can.” 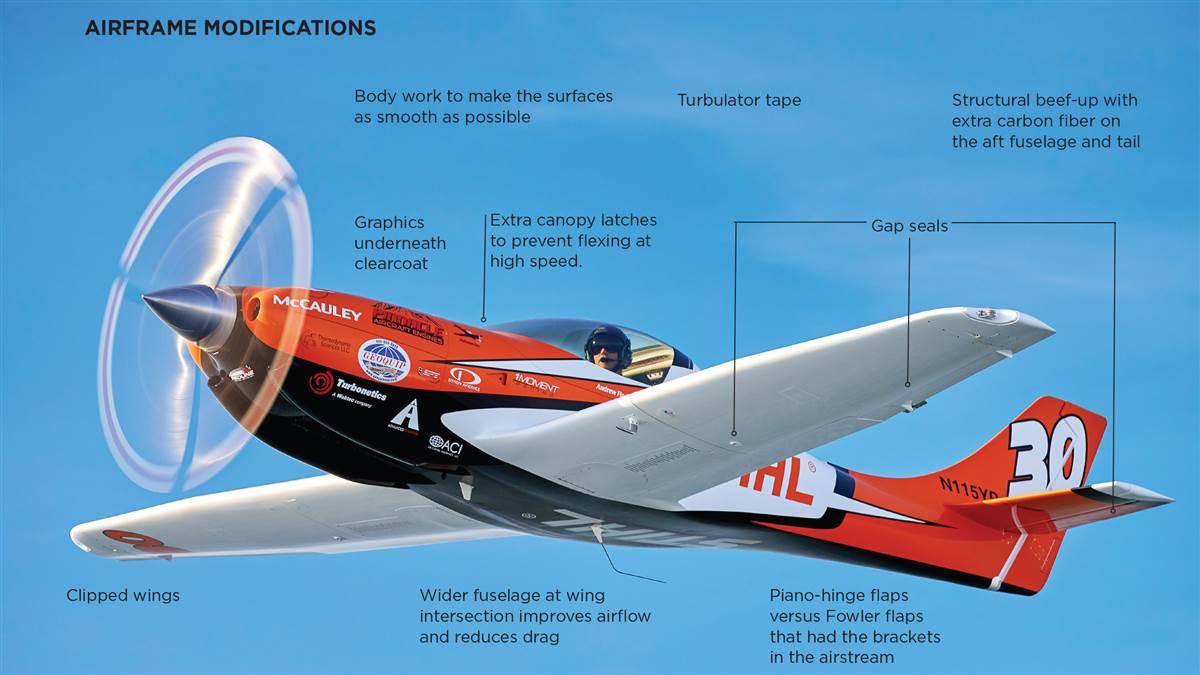 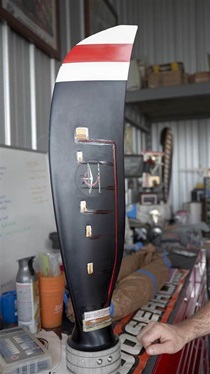