Flight of a lifetime

The Zen Pilot takes on the world

Editor's note: This story has been updated to correct a typographical error and details about the tires, propeller, and engines of Robert DeLaurentis' Twin Commander. AOPA regrets the errors.
Robert DeLaurentis is a man on a mission. Actually, several missions. At this writing he’s in the end stages of planning a daunting polar circumnavigation of the world, intending to pass over both the south and north poles as part of a larger network of routes that will extend as far west as Anchorage, Alaska, and as far east as Madagascar. 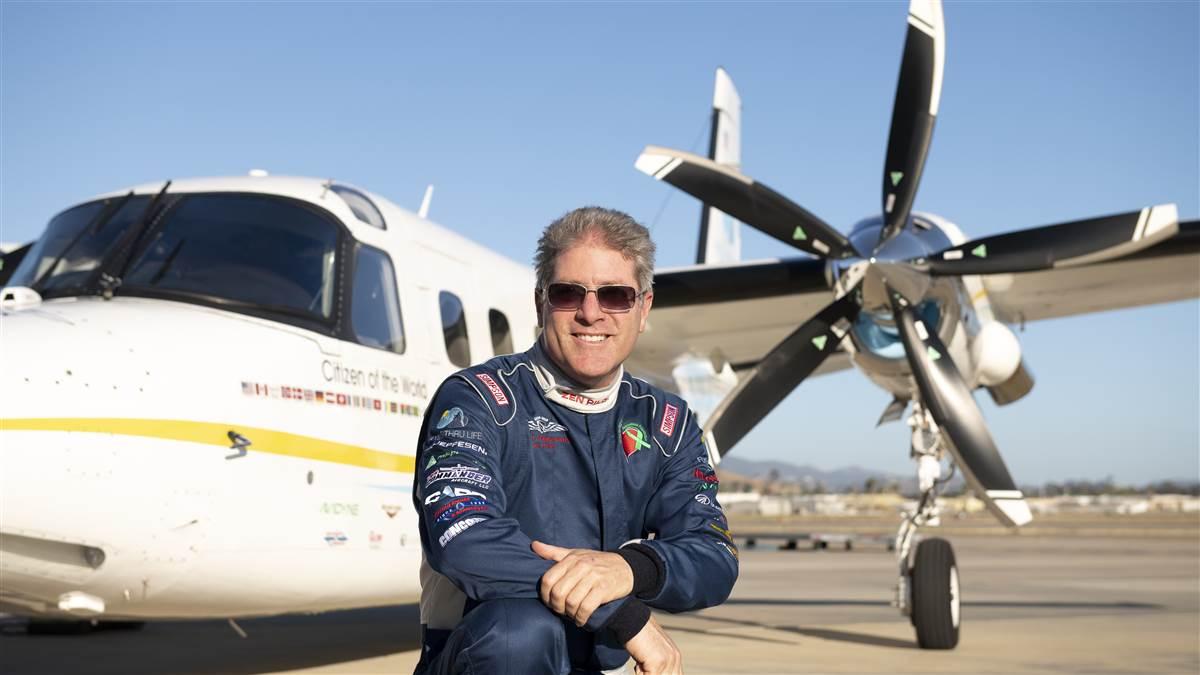 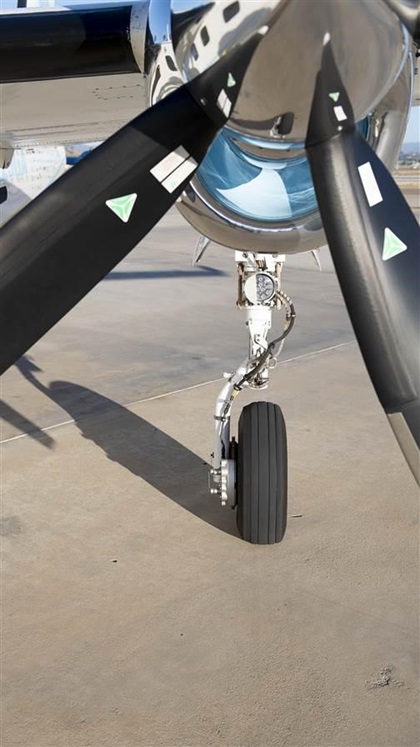 This is in furtherance of several lofty goals: showcase general aviation as a vehicle to support innovation and safety; spread science, technology, engineering, and math (STEM) learning; and provide aviation scholarships. He’s done a similar flight before. In 2015 he flew a Piper Malibu—named the Spirit of San Diego —around the world in an adventure that featured numerous risks and challenges.

A San Diego real estate entrepreneur, DeLaurentis calls himself the “Zen Pilot” since his goal is to bring peoples’ passions and purposes into alignment, overcome negative self-talk, and flow with the current of life in order to achieve goals. Oh, and achieve world peace by bringing disparate peoples together. The mission’s slogan is: “One planet, one people, one plane.”

Overcoming fear—like fear of ditching—is another of DeLaurentis’ goals. He had a good taste of it during that 2015 flight when his Malibu’s engine gave out far over the Indian Ocean and he had to glide to a deadstick landing at the Kuala Lumpur, Malaysia, airport. So, after that trip, he bought a 1983 Twin Commander 690D, known to most as the Twin Commander 900. That gave him two much more powerful turboprop engines, but for 2019’s ambitious, long-legged, 20,000-plus-nautical-mile odyssey he had to equip the airplane—dubbed Citizen of the World —with a huge list of upgrades. 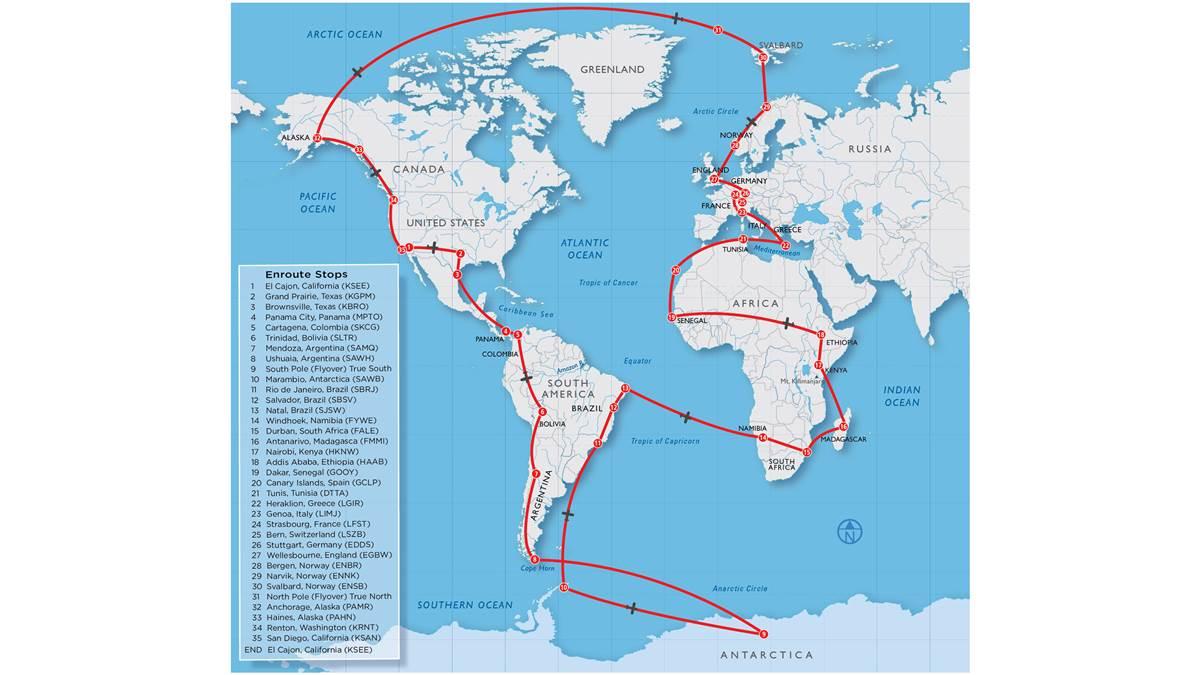 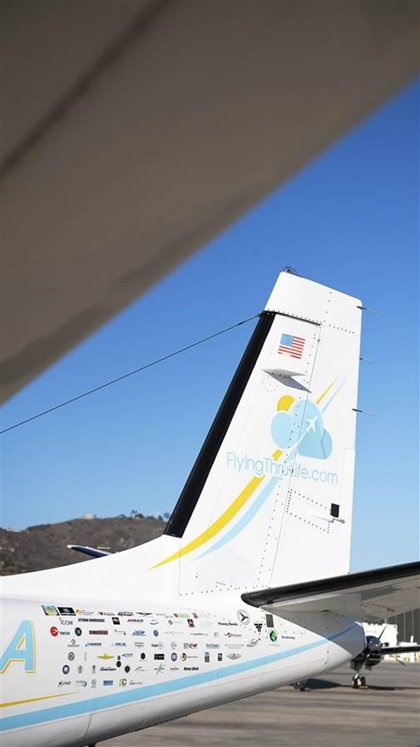 For the Citizen of the World’s longest legs—the longest being the 4,500-nm nonstop leg from Ushuaia, Argentina, over the South Pole and back—DeLaurentis needs extra fuel capacity. Las Vegas-based Flight Contract Services Inc. installed five fuel tanks in the airplane’s cabin area and one in the aft baggage compartment. Together with the 690D’s wing tanks, this brought total fuel capacity to a whopping 1,402 gallons. That’s about 9,373 pounds of fuel. DeLaurentis says he is seeking permission to fly at 30 percent over gross.

To obtain approval for overgross operations, DeLaurentis took steps including additional support structure for the nosewheel assembly and the tail section. New, 16-ply tires were installed—and the main wheels given inner tubes—to help withstand the extra weight, and the internal ferry tanks were placed where they’d have the most structural support while also preserving a safe center of gravity envelope.

All overwater legs are critical, but the ones over the poles especially so. That’s because at altitude, temperatures can drop to the point where fuel icing can occur. A Peter Schiff Aero Inc. pressurization system, which uses outside air to run a turbocharger that also heats and cools the cabin, eliminates the cabin’s usual draw on bleed air, keeps the ferry tank fuel from freezing, reduces fuel burns, and boosts horsepower. DeLaurentis will be using Jet A1 fuel on the trip, which has a freezing point of minus 47 degrees Celsius (Jet A fuel freezes at minus 40 Celsius). The engines are certified down to minus 53 Celsius. The plan is to use wing tank fuel for climbs and descents, where the air is warmer, and cruise using the ferry tanks.

Up where DeLaurentis will be flying, a few degrees can make a big difference in performance and fuel flow. The airplane is approved for flight in reduced vertical separation minimums airspace, and so far he’s seen fuel burns as low as 190 pph per side at FL350, and true airspeeds of 316 knots. But those numbers were recorded when the airplane wasn’t at its anticipated, overgross condition. As this is written it’s still not known how high—or fast—the airplane will be able to climb or cruise when heavy.

The ship certainly doesn’t want for avionics. It has Avidyne IFD550 and IFD440 touchscreen navigators, an Avidyne AXP340 ADS-B transponder, as well as a Shadin F/ADC fuel data computer and an Astronics Max-Viz 1400 infrared EVS (Enhanced Vision System) for night vision, plus an L3 ESI backup attitude indicator with synthetic vision. There’s even an old-school HF radio for oceanic communications in case the fancy coms conk out. For texting and tracking there’s a Garmin InReach Explorer, and an Iridium Go! unit for texting and voice calls.

Talk about old school. There also will be paper charts aboard—from the British Antarctic Survey—for the South Pole traverse. And for navigating over the North Pole the plan is to fly over all three North Poles: the magnetic, the true, and one called the “North Pole of inaccessibility”—meaning the most distant point from all land masses.

The entire circumnavigation should take 100 to 120 hours, DeLaurentis said, but will last for about six months because many stops are planned. Notables such as Erik Lindbergh and Mark Armstrong (son of astronaut Neil Armstrong), and others, will ride along on several legs, assuming they can squeeze their way past the fuel tanks to the cockpit. DeLaurentis will be blogging for AOPA during his trip, plus posting to his Facebook page and Twitter accounts. You’ll be able to follow his tracks at share.garmin.com/CitizenoftheWorld.

All this assumes that things are ready for his projected November 2019 departure. The trip’s been postponed three times already, and some issues still needed to be resolved as this goes to press. The engines weren’t responding to thrust lever movements at FL340 as of early June, and approval to fly over gross had yet to arrive. If all that happens in time, then by November it’s bon voyage and good luck!