Get the app Get the app
Already a member? Please login below for an enhanced experience. Not a member? Join today
News & Media Great aviation books to weather the virus

Put your feet up and enjoy a good read

With millions of people now stuck at home looking for an outlet from their new jobs as full-time parent, teacher, and home-office CEO, sales of all forms of entertainment have surged. Sales of e-readers and e-books have seen a sharp increase as libraries across the country have closed. 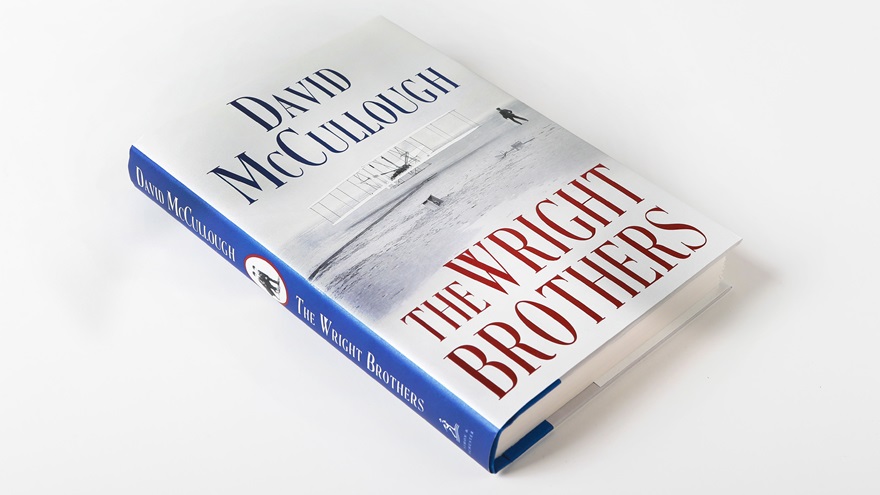 Even if you're stuck at home, you can get your aviation fix by reading. Photo by Chris Rose.

In the United Kingdom, for example, fiction titles were up by a third, while education titles rose by more than 200 percent, the BBC reported March 26. For a short time, some of Amazon’s various Kindle models were out of stock, the result of increased demand and supply issues from China.

If you’re new to the e-book world, or you’re looking to get your aviation fix during the pandemic, here are some top picks from our editors.

Night Flight and Wind, Sand and Stars are more overtly “aviation books,” but Antoine de Saint-Exupéry’s The Little Prince is a classic by any standard. Like Saint-Exupéry himself, the narrator is stranded in the Sahara after his airplane crashes, and the charming fable that unfolds is a poignant reflection on life and love.—Sarah Deener

A mysterious aircraft crash is the start of Fly By Night, Ward Larsen’s exhilarating adventure that includes a sinister plot to create chaos in the Middle East. Hero Jammer Davis, an aviator and an aviation accident investigator, is on a mission to find out what a drone crash in Africa and a suspicious Douglas DC–3 cargo operation in the Middle East have in common. This is a wonderful novel that will delight adventure seekers—and especially pilots—as aircraft and aviators play a major role throughout the ordeal.—David Tulis

Lindbergh by A. Scott Berg is the definitive account of one of the most written-about but poorly understood personalities of the twentieth century. Berg had access to the Lindbergh family’s archives, and previously unknown personal letters and reminiscences give a far deeper look into the complexities and contradictions of this pioneering aviator’s thoughts and actions than even Lindbergh’s own writing allows. I didn’t necessarily like Charles Lindbergh after reading Berg’s Pulitzer Prize-winning biography, but I felt like I understood and appreciated the aviation giant’s extraordinary trials, contributions, triumphs, and shortcomings.—Dave Hirschman

Don’t want to buy e-books? You may not be able to go into a library, but many around the country offer a robust suite of digital content, including free e-books. Check with your state or county library to see what is available. If you don’t have a library card, don’t worry. There are a few libraries and other online collections that offer e-books regardless of where you live.

Project Gutenberg—Here you can find 60,000 free e-books with a focus on those out of copyright.

Paid library access—A few library systems across the country offer access to non-residents for a yearly fee. Check the catalogs first, as the increased demand for e-books may mean long wait times for titles.

Amazon—Amazon Prime members get one free e-book a month from a curated list. Or pay $119.98 a year for Kindle Unlimited and borrow multiple books at a time from a much larger collection.

There’s West with the Night and Out of Africa, but for a lighter version of Beryl Markham’s story, I enjoyed Circling the Sun by Paula McLain. Famous for The Paris Wife, her groundbreaking fictionalized account of Ernest Hemingway’s first wife, McLain puts a more human and romantic face to Markham’s story. The flying scenes are well done, too.—Julie Summers Walker

Author Peter Heller manifested his passion for aviation in his first novel, The Dog Stars. He tells the story of a lone survivor of a global flu epidemic who flies his Cessna 182 around the perimeter of the airport to scan for intruders—until one day he receives a broken radio transmission and sets out in his airplane with limited fuel reserves to find the source. The star of the novel is Heller’s own 1956 Cessna 182—down to the tail number.—Sylvia Horne

In his 1961 memoir, Fate Is the Hunter, Ernest K. Gann does an absolutely masterful job at sharing the cockpit with his readers. Gann was an early commercial pilot, flying DC–2s and DC–3s for American Airlines beginning in the 1930s, and some of his stories will take your breath away. It should be required reading for all instrument-rated pilots, and his descriptions of air traffic control services in that era—when the “big sky theory” played a key role—will guarantee your appreciation for today’s safe, sophisticated ATC system.—Mike Collins

The Battle of Britain has gone down in history as part of England’s finest hour, but the British fought an air war in the near east as well. And that’s the setting for Going Solo, Roald Dahl’s autobiography. A 23-year-old Dahl leaves his job with Shell Oil in Tanganyika (now Tanzania) and joins the Royal Air Force in Egypt. After six months of training he’s made a pilot officer and sent on his first mission—in an antique Gloster Gladiator, a biplane fighter. His first mission ends in a crash; he recovers from his injuries and flies to Greece in a Hawker Hurricane, where his squadron of 15 airplanes is seemingly pitched against the entire Luftwaffe. Dahl is a masterful writer—he went on to become the author of numerous children’s books—and in an understated, matter-of-fact narrative he details methods of air combat that now seem quaint. His narrative is by turns comic, tragic, and sentimental. If you want to understand the mentality of RAF pilots in those fraught days, this book’s for you. “A life is made up of a great number of small incidents and a small number of great ones,” Dahl says. The great ones abound in Going Solo.—Tom Horne

David McCullough's The Wright Brothers is a fascinating and in-depth look into the lives of these two Ohio brothers who were about the least likely people you would expect to change history. You’ll learn about the weird family dynamics among the brothers, their sister, and their parents. McCullough digs into the darker side of the brothers, including their vindictive and libelous tendency and the mistrust they had for so many, including the U.S. government. Sometimes the storyline is slow, but when you’re done you will find it hard to believe it wasn’t a novel.—Tom Haines

Living in a polarized world it can sometimes feel like our differing opinions will forever keep our societies bifurcated. Maybe that’s why A Higher Call: An Incredible True Story of Combat and Chivalry in the War-Torn Skies of World War II by Adam Makos and Larry Alexander is such a compelling read. This isn’t just a great book about aviation and the Greatest Generation, it’s a great book about humanity in times of struggle. It seems like that message is needed now more than ever.—Ian J. Twombly