Get the app Get the app
AOPA Members DO more LEARN more SAVE more - Get MORE out of being a pilot - CLICK HERE
News & Media Bad ADS-B? More info

The FAA’s ADS-B Out mandate has been in effect for three months, and everyone’s ADS-B Out is working properly—right? Wrong. 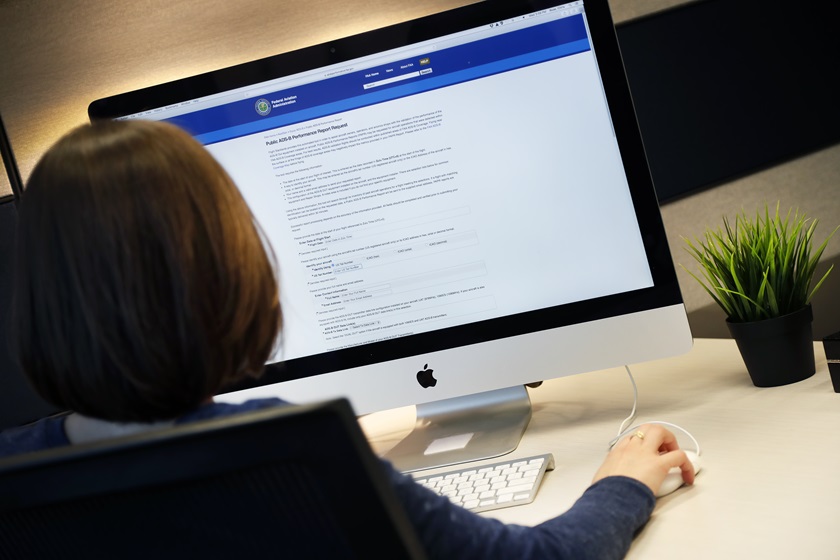 As of March 1, 10,475 of the 129,736 U.S. civilian aircraft equipped with ADS-B Out—8 percent, a ratio that has remained steady for the past six months—exhibited performance issues with their ADS-B equipment. These aircraft are considered nonperforming emitters—or NPEs, in FAA parlance, for equipped aircraft that are not broadcasting 2020 rule-compliant ADS-B data (see “ADS-B: Bad Data, No Service,” in the March 2018 AOPA Pilot).

A disproportionately high number—more than 18 percent—of experimental and light sport aircraft, 2,095 of 11,450 equipped airframes, are classified as NPEs. “It is important any aircraft owner, no matter what type of aircraft it is, ensures their ADS-B system meets the rule’s requirements,” said Rune Duke, AOPA senior director of airspace, air traffic, and aviation security. “There are potential safety issues if systems are not performing correctly.” The ADS-B rule allows owners of experimental and light sport aircraft the flexibility to equip with non-TSOed hardware, but rule compliance is still required, he said.

NPE aircraft with ADS-B Out deficiencies that jeopardize safety, or for which the owners do not respond to FAA communications, will end up on the FAA’s ADS-B No Services Aircraft List (NSAL). “If there is an aircraft we have observed that is emitting information that would be problematic for the air traffic controller—or there was a systemic problem—an aircraft may be put on the list,” explained David Gray, the FAA’s program manager for surveillance and broadcast services. Aircraft on the list are not in compliance with the ADS-B mandate and cannot legally fly in the ADS-B rule airspace defined by FAR 91.225 without an airspace authorization; in addition, they will not receive ADS-B-based ATC services, including Traffic Information Services-Broadcast (TIS-B) data, although ATC services will be provided if the aircraft’s transponder is working properly.

A pilot or aircraft owner can determine whether installed ADS-B hardware is working properly by requesting a report from the FAA’s Public ADS-B Performance Report Request (PAPR) website. Complete a few data fields; enter the date a recent flight began, referenced to Zulu time; select aircraft equipment from drop-down menus; and submit your request. There is no requirement to fly in FAR 91.225 rule airspace or minimum flight duration. You’ll receive an email with your PAPR attached, normally in less than five minutes. Any fields highlighted in red on the report indicate that the aircraft’s ADS-B Out system did not meet the corresponding performance requirement.

The FAA recently updated its helpful PAPR User’s Guide with NSAL information, said Jim Marks, ADS-B Focus Team lead for the FAA’s Flight Standards Service. “We’re receiving quite a few calls and emails from those on the NSAL with questions about procedures to get off the list,” he said.

If an aircraft is on the NSAL, “Aircraft is on No Services List” will appear on the PAPR cover page of a PAPR for that aircraft, and it cannot operate in FAR 91.225 airspace without an ATC authorization. If the aircraft’s ADS-B has been repaired and the pilot seeks to conduct a verification flight, he or she must use the ADS-B Deviation Authorization Preflight Tool (ADAPT) and beside “Reason for Request,” select “NSAL Verification Flight” from the dropdown menu. Any other ADAPT request for a NSAL aircraft will be denied automatically by the system. If a NSAL operator needs an airspace authorization for any other reason, they may email the ADAPT help desk. The help desk will not issue any authorization that can be obtained through ADAPT.

To remove an aircraft from the NSAL after repairs to the ADS-B system have been made, the owner or operator should contact the FAA representative identified on the letter they should have received. Marks said that if a PAPR indicates an aircraft is on the NSAL and a NPE notification letter has not been received, the owner or operator should email a PAPR from the aircraft’s most recent flight to the FAA and a representative will follow up.

An update to the ADAPT online FAQ was published March 30 and answers a comprehensive list of questions about the service, complementing AOPA’s ADAPT User Guide. Duke noted that pilots who need to operate non-ADS-B-equipped aircraft in rule airspace during the current COVID-19 pandemic should be aware that the air traffic personnel who perform manual ADAPT reviews and approvals may be impacted by the reduction in ATC staffing, but he sees little impact on the process.

Technical Editor
Mike Collins, AOPA technical editor and director of business development, died at age 59 on February 25, 2021. He was an integral part of the AOPA Media team for nearly 30 years, and held many key editorial roles at AOPA Pilot, Flight Training, and AOPA Online. He was a gifted writer, editor, photographer, audio storyteller, and videographer, and was an instrument-rated pilot and drone pilot.
Go to Mike Collins's Profile
Topics: Technology, ADS-B