Get the app Get the app
Already a member? Please login below for an enhanced experience. Not a member? Join today
News & Media Virgin Orbit launches lifesaving ventilator project

Virgin Orbit spaceship engineers launched a humanitarian mission in California to create a simpler ventilator for quick deployment to hospitals that could help save the lives of patients struggling to survive the new coronavirus. 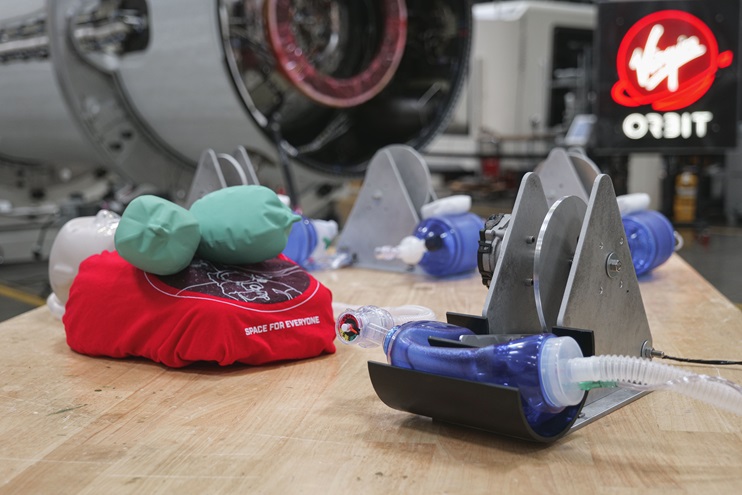 Virgin Orbit launched a humanitarian mission to create a simple ventilator system for quick deployment to hospitals that could help save the lives of COVID-19 patients. The bridge breathing technology will serve as a stopgap measure when medical-grade ventilators are not in full supply. Photo courtesy of Virgin Orbit.

Virgin Orbit ventilator project leader and propulsion advanced manufacturing manager Kevin Zagorski told CNBC that the goal is to rapidly scale up a “very, very simple and robust design that we can get out to the people who are in the most need.” The device compresses medical breathing bags, which help patients who are struggling to breathe. COVID-19, the disease caused by the coronavirus, can cause pneumonia—a debilitating condition that can lead to suffocation as the lungs fill with fluid.

Virgin Orbit CEO Dan Hart said the company hoped “to get a helpful unit into hospitals as soon as possible.”

Virgin Orbit and University of California Irvine surgeon Brian Wong are part of the Bridge Ventilator Consortium, along with engineers and business consultants from the University of Texas and Medline Industries.

“The need for ventilators is a medical Dunkirk,” Wong told the college, referring to the World War II battle that culminated with a miraculous rescue of Allied troops from France. “It’s a once-in-a-generation call to arms that we all must respond to. Our designs are different. We’re building ‘bridge’ devices that can be easily made to serve as stopgaps when medical-grade ventilators are not in full supply.” 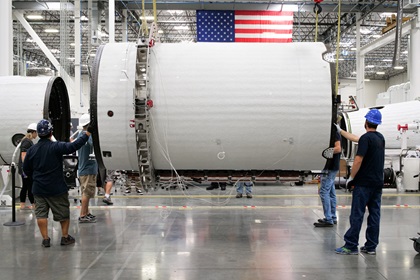 The California-based space company that is preparing for a LauncherOne satellite test flight didn’t set out to design a “fancy, expensive ventilator,” explained Virgin Orbit spokesperson Kendall Russell. “Our goal was to create something that’s much more simple than what’s currently used in hospital ICUs, but can be manufactured and deployed quickly to treat a huge volume of patients. In doing so, we hope to free up the existing supply of more sophisticated medical equipment for those in more dire need.”

The ventilator system is designed with several components that can be easily sourced, quickly made available, and field repaired if necessary—to meet increased demand of coronavirus patients experiencing lung disorders.

Even though Russell and members of the satellite division affiliated with Sir Richard Branson’s Virgin Galactic and The Spaceship Co. were moving ahead at lightning speed, Russell took some extra time out for a Q&A with AOPA.

How did the idea originate? Was it during a weekly staff meeting, or as a result of watching the news, or another reason?

We felt it was our obligation to see what we could do to help combat this global crisis, so we reached out to Gov. [Gavin] Newsom’s office about a week and a half ago. His office then put us in touch with CEMSA [the California Emergency Medical Services Authority], and that eventually led to talks with medical experts at the University of California Irvine and the University of Texas at Austin, the Bridge Ventilator Consortium, whose guidance helped us land on a design. We also took a look at the information on some great projects that have been open-sourced by several universities (MIT, Rice, University of Toronto, etc.) and other open sources groups (like Protofy.xyz in Spain and Open Source Ventilator Ireland) to see what was already being done elsewhere and what was still needed. Then we dove in on creating our own effective design. 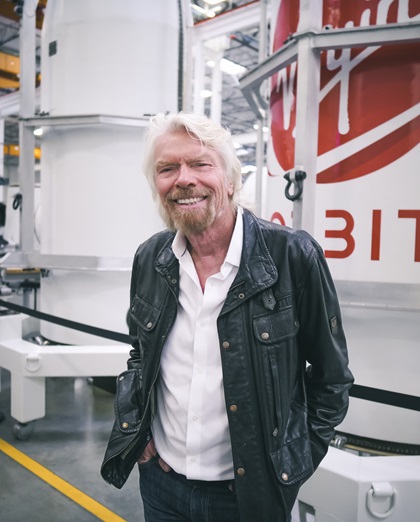 Was there a particular person at Virgin Orbit who helped push this initiative along to Gov. Gavin Newsom?

We had so many teammates who wanted to help, so after our CEO [Dan Hart] connected with the governor, we had a group of people really giving their all to the project, working tirelessly to bring this to fruition. But we have to give a shout out to Kevin Zagorski, our propulsion advanced manufacturing manager, who has served as lead engineer on this project.

Approximately how many folks are working on the concept?

Work continues on preparations for our upcoming launch demo, so the folks putting the finishing touches on the rocket (and the processes and operations around launch day) will continue to do so. In the meantime, we’ll pivot much of our production staff and others to focus on this project—growing from our initial team of a dozen or two to something much larger as we try to meet the demand.

About how many devices do you hope to manufacture per week, or per day, in a best-case scenario?

It’s too early yet to put an exact number down, as we’re working to finalize our plans for production and distribution. But we designed this device with the intent for it to be manufactured much faster and in higher volumes than anything else out there. Pending the appropriate greenlight from the Food and Drug Administration, we aim to start spinning up production in early April and will scale up to mass production in short order, while also sharing the design with other manufacturers.

What is a best-case-scenario timeline to get the devices to medical professionals?

We don’t have a precise timeline to give you as it depends largely on regulatory approvals, which we’re working through now.

How exactly does Virgin Orbit’s expertise factor in? Is it R&D, tooling, manufacturing, or other specialties?

We are not medical experts or medical device manufacturers (usually). What we do have is a team of brilliant engineers and thinkers, paired with a state-of-the-art manufacturing facility. We’ve got the tools—the mills, the lathes, the CNC machines, and even cleanroom space that’s needed. We are experts in building extremely high-quality spaceflight hardware and are bringing those same skills to bear here.

Will the outreach take any critical resources away from your space projects or delay future plans?

The work on this project itself should not impact our near-term regular operations. The broader Covid-19 crisis, however, has proved to be disruptive, as we’ve had to take some time to figure out how to operate safely and efficiently while also ensuring the health and safety of our employees. We’re doing our best to minimize that disruption and progress to a launch demonstration soon.

What is the next major milestone for Virgin Orbit?

In the coming weeks, we’ll conduct the final major development test for the LauncherOne rocket: it’s a “captive carry” test flight, where we takeoff with the rocket fully loaded with cryogenics without ultimately dropping or igniting it. A couple of weeks after that, once we’re happy with the data, our processes and procedures, we’ll proceed to our first orbital launch demonstration with LauncherOne. 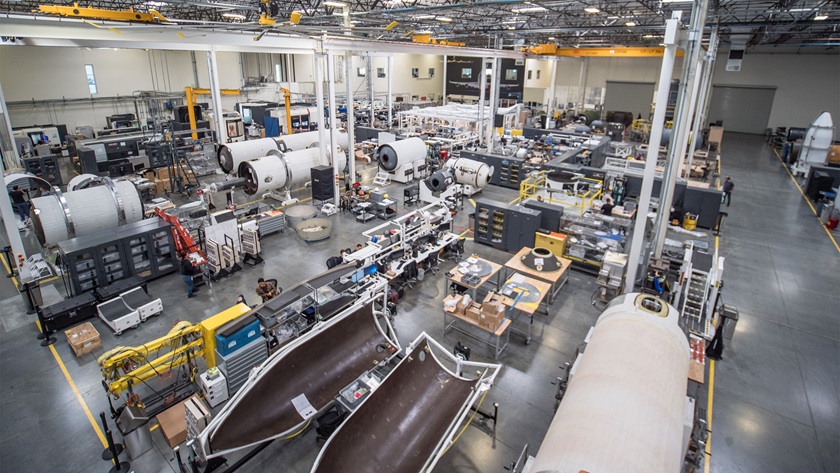 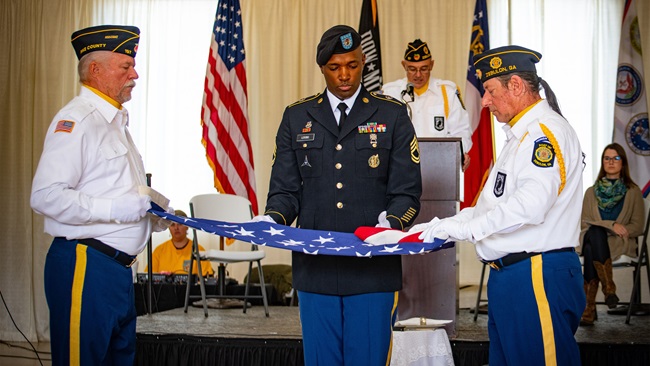