Get the app Get the app
Get the latest news on coronavirus impacts on general aviation, including what AOPA is doing to protect GA, event cancellations, advice for pilots to protect themselves, and more. Read More
Already a member? Please login below for an enhanced experience. Not a member? Join today
News & Videos Maryland sales tax exemption bill passes

Editor's note: This article was updated April 8 to note the uncertainty of when Maryland Gov. Larry Hogan might sign the sales tax exemption because of his ongoing leadership regarding the state's response to the coronavirus pandemic.

Maryland airports, aircraft owners, and local repair businesses are celebrating after a nearly four-year push to exempt sales tax on aircraft parts passed in the state legislature on March 18, where it awaits consideration by Gov. Larry Hogan before being enacted into law. 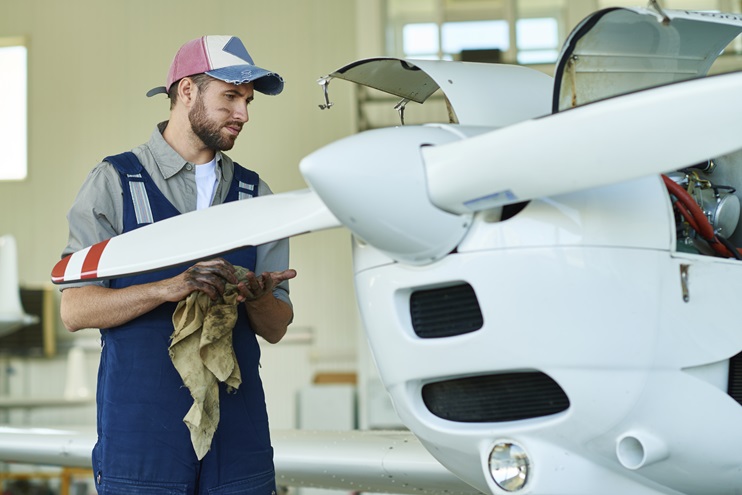 The bipartisan bill’s passage from the General Assembly marks the most significant progress yet for the legislation that has historically struggled in the House of Delegates. If signed by Hogan, this targeted exemption would be a win for Maryland’s aviation economy, which has lagged behind its Northeastern neighbors for years due to its cost-prohibitive 6-percent sales tax on parts and equipment installation. But with the passage of S.B.121, the state is expected to see a growth in repair and maintenance businesses—fueling competition, jobs, and activity across state lines.

For local pilots, the measure could mean significant savings on maintenance bills as typical costs vary from $500 to $500,000 or more, depending on the type of service. A $10,000 avionics installation would yield a $600 savings. Additionally, a replacement Lycoming IO-540 engine for $34,500 would yield around $2,000 savings. The tax exemption provision applies to all aircraft under 12,500 pounds, and aircraft over 12,500 pounds that are predominately used in interstate and foreign commerce. Those still seeking ADS-B Out compliance or avionics upgrades will benefit from the savings.

With more than 5,000 members in Maryland, AOPA has worked diligently to bring the bill to fruition, which will lower costs for pilots, stimulate competition, and boost the local economy.

“Progress on legislation like this takes a real coalition of industry partners working together to properly illustrate the spectrum of benefits that such an exemption can bring to a state,” said Sean Collins, AOPA Eastern regional manager. “Airport managers and aircraft repair facilities, pilots, and even AOPA’s Airport Support Network volunteers had a hand in getting this bill passed through the Assembly.”

AOPA commends Sen. Adelaide Eckardt and Delegate Chris Adams for their leadership in sponsoring this important legislation and ultimately guiding it to successful passage. S.B.121 was a long time coming after having unanimously passed the Senate for the past three years before being stalled in the House Ways and Means Committee. This year it passed the House by a vote of 121-11. S.B.121 is awaiting the governor’s signature, but it is not clear when he would sign the bill because of his ongoing leadership regarding mitigating the impact of the coronavirus in Maryland. If the governor signs the bill, it would go into effect on July 1, 2020