Get the app Get the app
We will be performing maintenance on our systems Sunday, 8/21, beginning at 12:00 A.M. ET and ending at 6:00 A.M. ET. During this time, you may experience intermittent service outages. We appreciate your patience.
News & Media EPS bankrupt $15 million short of certified diesel engine

Engineered Propulsion Systems CEO Michael Fuchs told the U.S. Bankruptcy Court for the Western District of Wisconsin on August 5 that the company was $12 million to $15 million short of being able to deliver its clean-sheet aviation diesel to any customers, and Judge G. Michael Halfenger signed on August 10 an order allowing EPS to meet its payroll obligations through September 15 with borrowed funds, federal bankruptcy court records show.

The August 10 order buys time for all concerned to make further arguments, and for EPS to seek additional investment and reorganization under Chapter 11, for which the company petitioned on July 29. Also on August 10, EPS issued a press release announcing the bankruptcy filing and recounting the revelation by company attorney James Sweet, at an August 4 shareholder meeting, that “Chinese and other foreign  interests” had created a Delaware company with the same name, “intent on taking possession of EPS.”

Created in 2006 to build off a patent for an aviation diesel engine built around a graphite block, EPS offered a tantalizing prospect: A very efficient and powerful aviation powerplant, sizeable to serve very small aircraft up to the Cirrus SR22, or even larger applications. AOPA Editor in Chief Tom Haines counted himself among the impressed, writing in 2018:

“With variants planned for between 320 and 420 horsepower, the engine would be an ideal choice for high-performance singles and cabin-class twins. While the beefy diesel will likely weigh more than an air-cooled avgas engine, its better fuel specifics will allow it to ultimately outperform conventional powerplants. That, combined with a planned 3,000-hour TBO and the ability to burn jet fuel, which is much cheaper than avgas in most of the world, could make it a winner.”

The U.S. Air Force also invested in the concept. A $2.99 million, two-year contract awarded in 2017 continued the federal investment in a powerplant being studied for both manned and unmanned applications at the Air Force Research Laboratory in Ohio.

“Once the proof-of-concept is fully demonstrated, it will be considered for use in several Air Force manned platforms,” the Air Force laboratory noted in 2017. “Designers will also work to scale the engine down to a smaller variant, better sized for current Air Force unmanned aircraft.”

Fuchs filed a sworn declaration August 5 supporting the company’s request for the court's approval to accept a $1.1 million “debtor in possession” loan, and use it to meet the firm’s payroll and tax obligations through September 15 pending further proceedings. Fuchs warned that the intellectual property (the company’s most valuable potential asset) would become worthless in the absence of immediate financing. 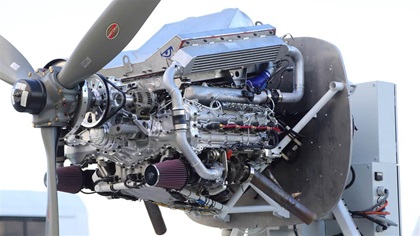 “The development stage at which the IP is currently situated requires somewhere between $12 million and $15 million in additional development, testing, and certification costs to move the IP from theory to a product that could be produced and sold,” Fuchs said in the sworn declaration. The company noted in the August 10 news release that “EPS had expended more than $60 million in private shareholder investment, as well as state and [U.S.] Air Force grants seeking certification of its revolutionary engine with both civil and military applications.”

Fuchs told the bankruptcy court August 5 that an offer to be presented “in the next week is from a buyer that understands the additional development costs it will take to create value in the IP, and has, accordingly, offered enough for the IP to pay for the bank and state development debt, plus an amount to maintain operations until a sale can be closed.”

The news release identifies Delaware-based “EPS Engineered Propulsion Systems, LLC” as the debtor in possession lender, and states that company is in the process of preparing a bid to assume all assets of the company. A search of Delaware state business records available online returned one result, for “Engineered Propulsion Systems, Inc.” with a state file number listed, but no additional information about the company was available, and the link to that file number was inoperative.

Aviation analyst and business consultant Brian Foley of Brian Foley Associates said in a telephone interview that the potential loss of the engine that EPS created is lamentable.

“The engine itself had a lot of promise. I think it was a sound design,” Foley said. “It’s just a shame that the U.S. investment community didn’t get behind that.”

“In the months leading up to the filing, Officers and Board Members have been diligently and endlessly contacting potential leads of existing, interested investors, VC firms, industry clients, and competitors with mixed interest levels,” Fuchs wrote to the court. “The interactions with a major VC group ended with EPS scoring favorably and demonstrating satisfactory returns on investment as a result of the due diligence process, as communicated to us by this VC group. Nevertheless, the VC group did not extend any formal offer to EPS, but instead proceeded with more favorable and risk-reduced transactions as a result of the COVID-19 pandemic, as they acquired established companies in distress, rather than our research and development start-up.

“Additionally, other potential investment leads died due to the very challenging financial and capital structure of the company,” Fuchs told the court. 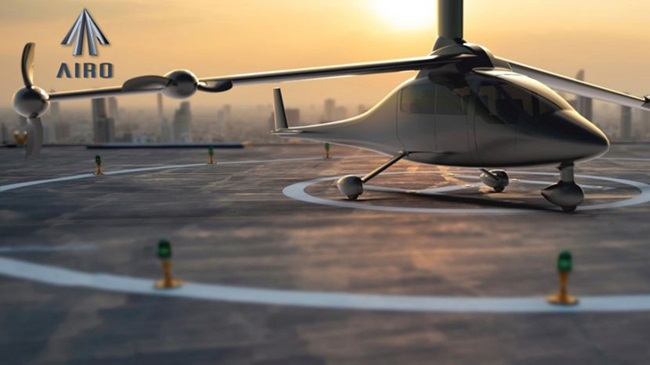