Get the app Get the app
Get the latest news on coronavirus impacts on general aviation, including what AOPA is doing to protect GA, event cancellations, advice for pilots to protect themselves, and more. Read More
Already a member? Please login below for an enhanced experience. Not a member? Join today
News & Videos Cloud Nine Rescue Flights closes

After 11 years and an estimated 3,000 homeless pets saved, Cloud Nine Rescue Flights is shutting down. 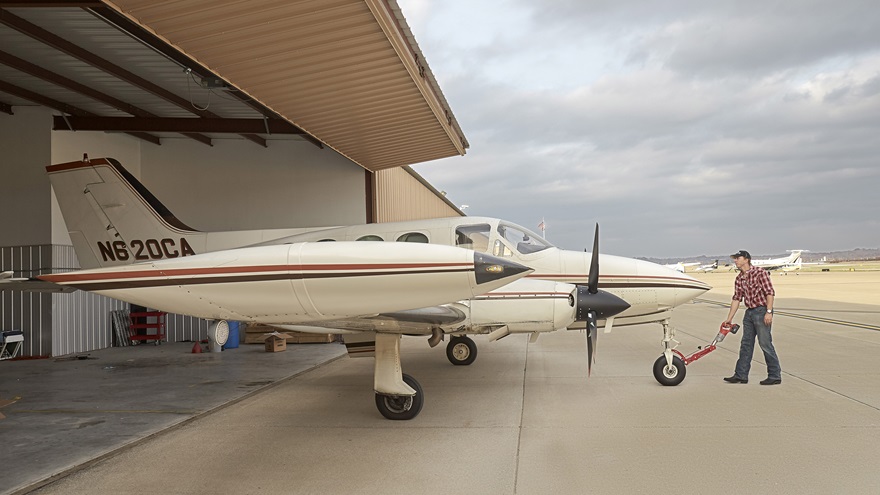 Cloud Nine Rescue Flights operated a Cessna 414 for large-scale animal transports. The founders are ceasing operation of the nonprofit organization as their young family grows. Photo by Mike Fizer.

“We are … a mom and pop nonprofit, even before we were a mom and pop in the literal sense,” DuPuis said in a Facebook post. “As our children are growing, it has become clear that the stress and burden of running a non-profit combined with the time away from the family is not something that I can tolerate anymore.”

DuPuis started Cloud Nine with a Piper Aztec, with the goal of transporting homeless animals to rescue organizations.

The nonprofit eventually moved from the Aztec to a Cessna 414 and was able to take even more animals on board for missions that traveled to California, Puerto Rico, Canada, Mexico, and the Virgin Islands. Cloud Nine’s work was featured in the April 2018 issue of AOPA Pilot.

Cloud Nine transitioned to a Mitsubishi MU–2 in 2018. DuPuis is selling that airplane. “A lot of folks assume that we were forced into this by some external factor and that wasn’t the case,” he told AOPA. “I’d been thinking about shutting down for quite a while and I just finally decided the stress and sacrifice was too great.”

If he does return to animal rescue, he said it will be under another umbrella or else completely independent. “I likely won’t do the 501(c)(3) thing again,” he said.

DuPuis said he wants to do more tailwheel and glider flying, get a hot air balloon rating, “and share all of those with my kids. So it was time for it to be someone else’s turn.”

“Over the years of operation we have traveled all over North America saving homeless pets, responding to natural disasters, transporting veterinarians and vet techs to remote regions that have no veterinary care, and most of all, working to address the overpopulation epidemic of healthy, adoptable pets in this country,” DuPuis said in announcing his decision to close the rescue.

“I am proud of the role Cloud Nine has played in making this happen for the areas we have served, and proud to see how much better the situation around the country is for homeless pets. Yes, much work is still needed, but as a nation we are in a much better state than when Cloud Nine started from the perspective of animal euthanasia.”