Get the app Get the app
Get the latest news on coronavirus impacts on general aviation, including what AOPA is doing to protect GA, event cancellations, advice for pilots to protect themselves, and more. Read More
Already a member? Please login below for an enhanced experience. Not a member? Join today
News & Videos Detroit unveils revitalization plans for GA airport

A multimillion-dollar revitalization plan is in the works for Detroit’s Coleman A. Young Municipal Airport, a general aviation airfield near the heart of the city that has weathered financial insecurity and deteriorating infrastructure over the past two decades. 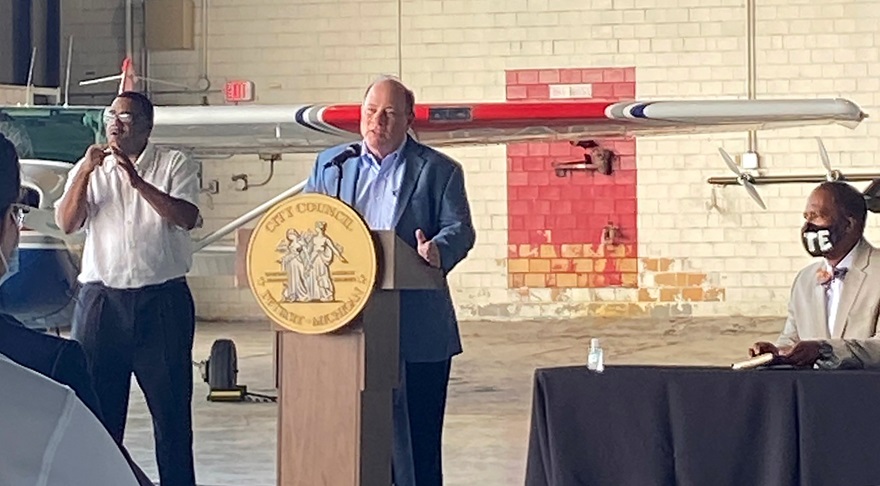 The news unveiled by Detroit Mayor Mike Duggan during an airport task force meeting July 31 was a welcome turnaround from previous discussions that centered on closing the historical airfield instead of allowing it grow into an economic asset for the city.

AOPA leadership thanked Duggan for the commitment to invest $60 million to $80 million in the airport through state and FAA Airport Improvement Program funding and complimented Detroit council members Scott Benson and André Spivey, who were instrumental in championing the effort to revitalize—rather than raze—the historic airfield.

The airport was built in 1927 and served as Detroit’s primary airport for 20 years. It sits alongside the Detroit River just across the border from Canada and has been under financial pressure for decades. During that time AOPA has pointed out that the facility is a diamond in the rough that needs a solid financial foundation and a little polish to shine.

AOPA Manager of Airport Policy Adam Williams and AOPA Great Lakes Regional Manager Kyle Lewis said AOPA has continuously encouraged the city to invest in the airport and to ensure any decisions about the airport are made in a transparent way.

Bill Dunn with AOPA’s government affairs division  said the city’s pledge to support the airfield was “a step in the right direction as the mayor and councilman Benson have pointed out. It’s certainly a turnaround from a few years ago.”

Duggan, who was behind an effort to close the airport in the mid-2010s, admitted that the airfield has “limped along for 20 or 30 years” but vowed to “push forward” with plans to reinvest in the aviation asset “… once we know that this is where it’s going to be for the next 20 years.” Duggan’s office did not respond to a request for additional comment.

AOPA complimented local members, some of whom still have many questions about the plan and were instrumental in promoting the airport through organized efforts that included participating in the airport task force, granting media interviews, and other outreach. 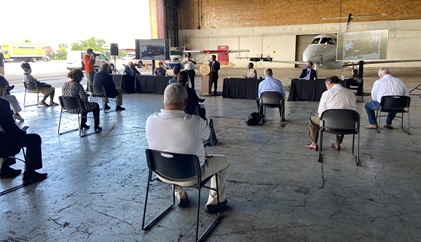 The televised meeting drew a considerable crowd to an airport hangar for a briefing about future plans. Benson, who answered dozens of questions, threw his support to the funding initiative.

“This is an asset for the city of Detroit, and I do not want to see us lose it,” he later told AOPA via telephone. Benson said that the Detroit airport costs the city “about $2 million a year” paid out of the general revenue fund, but the goal is for it to become self-sustaining. “Our forecasts show that it will be a revenue generator if you make the investment.”

He pointed out that Davis Aerospace Technical High School, a Detroit Public Schools Community District (DPSCD) facility that previously occupied part of the airfield before crumbling infrastructure forced a relocation, has recently begun to move some of its operations back to the airport. Benson was optimistic that continued investment in the Detroit airport would lure more of the aerospace center’s functions back to the airfield. The school has a focus on aviation and “in its heyday, it was putting out certificated pilots as well as aircraft technicians and mechanics,” Benson said. “We’d like to take it to the next level” by drawing students from the region to the hands-on aviation school. “So far, the conversations have been very positive between DPSCD and the airport.” Several community members who spoke at the meeting also backed the idea.

Friends of Detroit City Airport member Beverly Kindle-Walker said the grassroots organization recognizes that the airport can provide young people with the skills they need to pursue aviation careers, but she voiced skepticism until the FAA funding was secured. “We want to make sure there’s hope for young people to get involved in aviation at the airport,” she said.

“This whole team is committed to making this airport a better place,” Benson countered. “We are actually making this airport better right now.” He emphasized that the push to revitalize the Detroit airport “is a hard, hard fight, but I think now we are in a really good position” to move forward. “It would be a shame to lose it.” 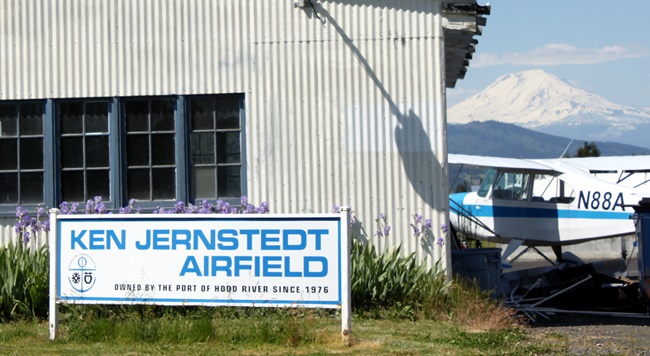