Get the app Get the app
AOPA will be closing at 2:30pm ET Wednesday, November 23rd, and will remain closed Thursday and Friday in observance of the Thanksgiving holiday. We will reopen Monday November 28th at 8:30am ET.
AOPA Members DO more LEARN more SAVE more - Get MORE out of being a pilot - CLICK HERE
News & Media Tamarack opens East Coast install center 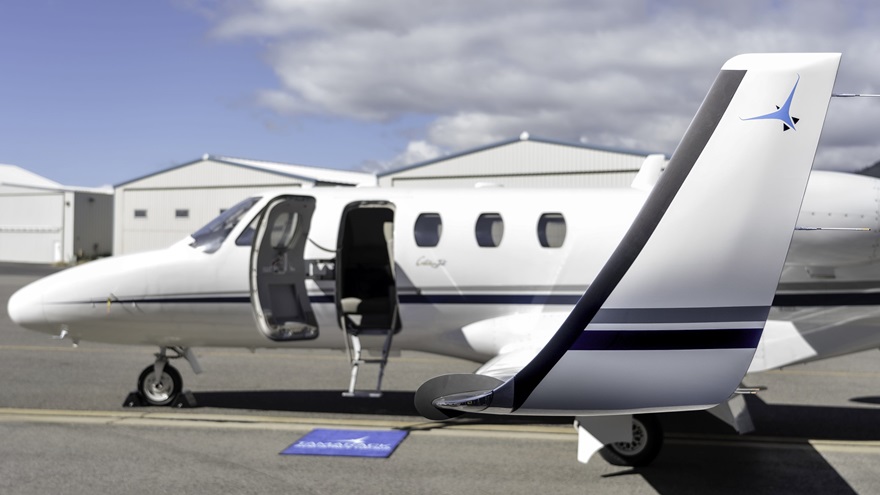 “Tamarack continues to grow, with concrete plans for long-term expansion involving many different kinds of airframes—from business jets, to commercial single-aisle aircraft, to military planes. The new East Coast Transformation Center’s location and capabilities fit perfectly with our expansion plans,” said Nick Guida, Tamarack’s founder and CEO. “This supports the demand for our product and the demand that we’re seeing. We have a game-changing technology that we’re ready to take out to the larger market.”

Compared to passive winglets, which offer fuel savings of about 4 percent, Tamarack said its ATLAS Active Winglets can reduce fuel usage as much as 33 percent—while allowing better rates of climb and slower landing speeds. When you can enable a 20-year-old airplane to go four hours on a tank of fuel, instead of three hours, “it’s such a steep change in performance that it’s almost too good to be true,” Guida said. “And that’s a challenge of having this amazing technology.” The winglets are available only for certain Cessna Citation models, but that’s poised to change.

“We are expanding our product line beyond the CJ,” said Tamarack President Jacob Klinginsmith. “We’re seeing plenty of demand for the winglets, even through the pandemic.” Tamarack started the year with 20 employees and will close it out with more than 30, he added. “We’ve hired quite a few engineers.”

The South Carolina installation center, located at Aiken Regional Airport, is affiliated with aviation veteran Mike Laver’s Carolina Turbine Support. Laver’s company has brokered, serviced, and ferried aircraft worldwide for decades, and Laver has a long history as a vendor for the U.S. Air Force.

“We are excited to be at the right time and the right place to partner with Tamarack during this very exciting time, when aviation is focused on sustainability and safety,” Laver said. “Tamarack’s active winglets provide dramatic abilities to satisfy both needs at this crucial time when aviation is beginning its rebound from the horrible pandemic.”

Laver and Carolina Turbine Support have been closely associated with the Mitsubishi MU–­2 for 35 years, and will continue to support the fast twin turboprop. “A natural transition for an MU-2 pilot is into a CJ,” said Laver, who recently purchased a Citation jet.

Tamarack has modified more than 100 Cessna Citation jets over its 10-year history. “We’ll be making some announcements next year about the next models,” Klinginsmith said.

Technical Editor
Mike Collins, AOPA technical editor and director of business development, died at age 59 on February 25, 2021. He was an integral part of the AOPA Media team for nearly 30 years, and held many key editorial roles at AOPA Pilot, Flight Training, and AOPA Online. He was a gifted writer, editor, photographer, audio storyteller, and videographer, and was an instrument-rated pilot and drone pilot.
Go to Mike Collins's Profile
Topics: Jet, National Business Aviation Association