If you are an airplane maker or enthusiast with deep pockets and a desire to bring an FAA-certified, boat-hulled amphibian back into production, Brian Foley would like to chat. 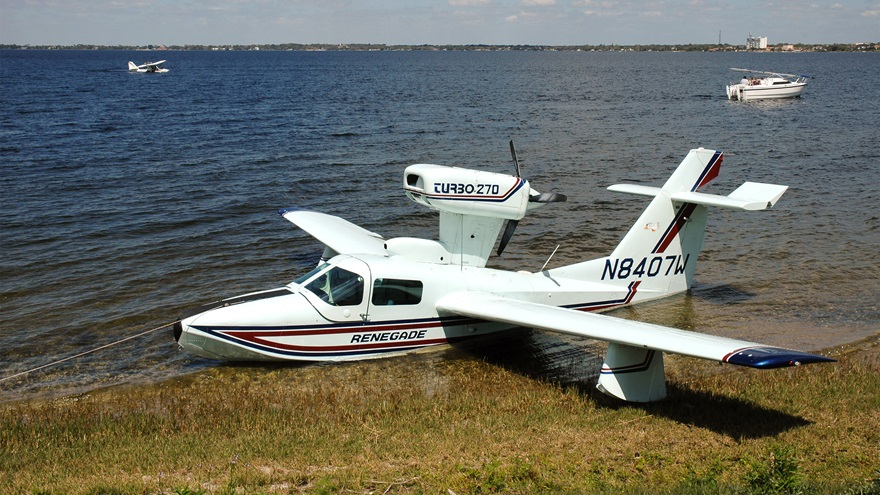 The Lake Amphibian type certificate is for sale. Photo courtesy of AvStrategies.

Foley is an aviation consultant and analyst whose career includes various roles working for major aerospace manufacturers, and, since 2006, as an entrepreneur. He recently established a new niche selling airplanes. Not just individual airplanes, but package deals that include type certificates and tooling.

It started with the Meyers Interceptor 400 and the Meyers 200, a piston version that shares an airframe with the turboprop-powered Interceptor. Likened by Foley to a Cirrus piston single with retractable gear, the Meyers design has a history that includes screen time in a James Bond movie. Foley said there have been a few nibbles on the line since he started marketing the Meyers designs in late 2019, but no deal yet. His work with the owner of that type certificate and tooling collection led to conversations about the Lake Amphibian, a decidedly less obscure model with 1,300 of the various variants already produced.

Foley said he called the current owner of the Lake Amphibian assets (the last Lake Amphibian produced so far was delivered in 2015) seeking advice on how to market the Meyers package, and learned that owner was also ready to “pass the baton” to another company or individual. “He’s in his mid-80s right now,” Foley said, and “not as motivated” as he once was to build airplanes.

The Lake Amphibian package includes everything one would need to build them but the real estate and the people, and any buyer will be put in contact with the company staff who have loads of experience and may be willing to climb aboard a new company to help get the production line moving. Foley said that much like the Meyers, the Lake package has no set asking price.

“I present all offers,” Foley said. “What I think is a reasonable selling price might be above or below what the owner is thinking.”

The original Lake Amphibian was the brainchild of designers who had come from Republic Aircraft and Grumman Corp., having built larger variations on the flying boat theme. They began with the C–1 Skimmer, a two-place, 150-horsepower aircraft that was first to be certified, followed by the C–2 (with 180 hp), and later the Buccaneer, the six-seat Renegade, the Seafury, and the Seawolf, which was designed for military and government missions. These Lake Amphibian variants remain on a very short list of single-engine flying boats certified under FAR Part 23.

“Compared to an Icon (A5), it’s not a light sport,” Foley said, noting that the 1,300 Lake Amphibians produced to date have seen service in 40 countries around the world. It’s a proven design that fills a niche few others can touch, and it lends itself to the emerging Urban Air Mobility market, too. He’s got a pitch ready for anyone thinking along those lines. (The same is true, he said, of the Meyers, which could be paired with an electric powerplant with relative ease.)

Foley’s investor consulting firm AvStrategies has become something of a go-to for those looking to sell type certificates with tooling and other assets, package deals that can bring mothballed aircraft back into production. Foley said he didn’t plan it that way, but now that word has gotten around he’d be happy to talk to others. He is also working with a kitplane maker who is looking to sell a similar package including aircraft designs and tooling. He was not willing to say which one, however: “If a qualified prospect was interested, we’d have them sign an NDA,” Foley said, referring to a nondisclosure agreement.

Foley, who spent years working for Boeing and Dassault Falcon, said the market value of aircraft production packages (type certificates and tooling) is unknown in large part because the details of such transactions have historically not been made public. It’s a bit like trying to price a house for sale when there are no comparable transactions to go by.

Foley estimates that certifying a new clean-sheet design in today’s market would cost $100 million or more, so the Lake and Meyers packages on offer might be compared to that benchmark, but his lips remained sealed on asking prices.

“I know you’re looking for a number, but you know, it’s ‘make offer,’” Foley said. “It depends on the value that the buyer sees.”