Get the app Get the app
Get the latest news on coronavirus impacts on general aviation, including what AOPA is doing to protect GA, event cancellations, advice for pilots to protect themselves, and more. Read More
Already a member? Please login below for an enhanced experience. Not a member? Join today
News & Media New chief to lead Women in Aviation International

Allison McKay is one successful woman in aviation with more than 20 years of experience at aviation and aerospace companies. She’s been tapped to now lead Women in Aviation International. 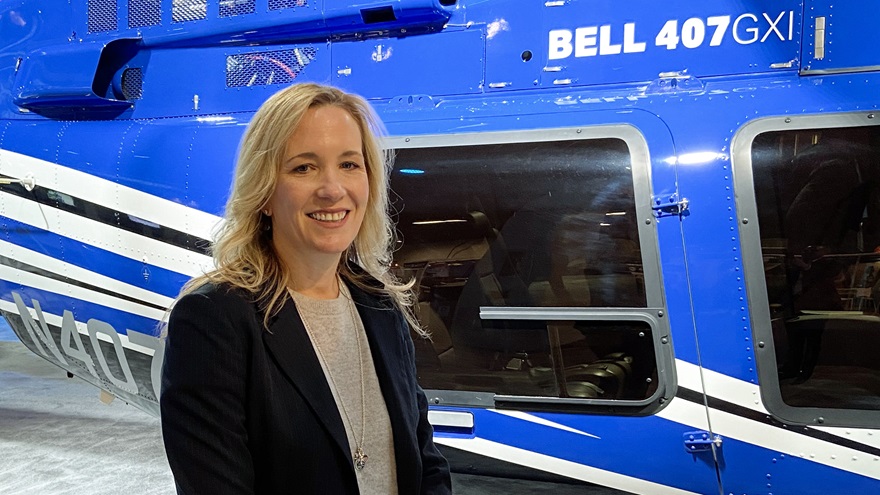 McKay has worked at Helicopter Association International Foundation, Safran USA, and B/E Aerospace. As the CEO of Women in Aviation International, McKay will be charged with setting the “future strategic vision of the 14,500-member strong organization,” among other duties, the February 10 WAI announcement said.

“Allison’s substantial experience in corporate philanthropy, event management, and government relations, plus her strategic thinking and long-term relationships with key industry stakeholders established Allison as the best candidate to lead WAI into a strong future while inspiring the next generation as they enter our industry,” said WAI Board Chairwoman Marci Veronie.

At B/E Aerospace, McKay focused on customer satisfaction, new product launches, and strategic impact assessments as the company’s marketing manager, according to her LinkedIn profile. She worked for Safran USA for 13 years, during which she promoted the “strategic plan of the organization in the United States,” managed the Safran Foundation’s initiatives, and built relationships in Congress to push legislative strategies, her profile states.

She most recently served as the vice president of the Helicopter Association International Foundation where she “commissioned the first academic study of staffing projections for the rotorcraft industry as well as creating a workforce development initiative,” the WAI announcement noted.

“I am thrilled to work for this great organization, to meet many members at our conference next month, and to move WAI in a direction that will construct programs and initiatives to propel women of all ages and backgrounds to follow their own personal aviation dreams,” McKay said.

WAI members will get a chance to meet McKay at the upcoming International Women in Aviation Conference in Lake Buena Vista, Florida, March 5 through 7.

McKay takes over from Dr. Peggy Chabrian, who founded the association and served as its president and CEO for its entire 25-year history. Chabrian had announced her retirement in the fall of 2019.