Get the app Get the app
Already a member? Please login below for an enhanced experience. Not a member? Join today
News & Videos Jet Fuel: Biofuels are slowly coming to business jets

Take off on corn or garbage

Biofuels are the main solution to greenhouse gas emissions from jet aircraft, and are already entering the tanks of airliners. There isn’t enough production, however, to include most business jets (“From the Editor: A Sustainable Future,” p. T-2). Business aviation biofuel demonstration flights in 2019 have signaled what is ahead. 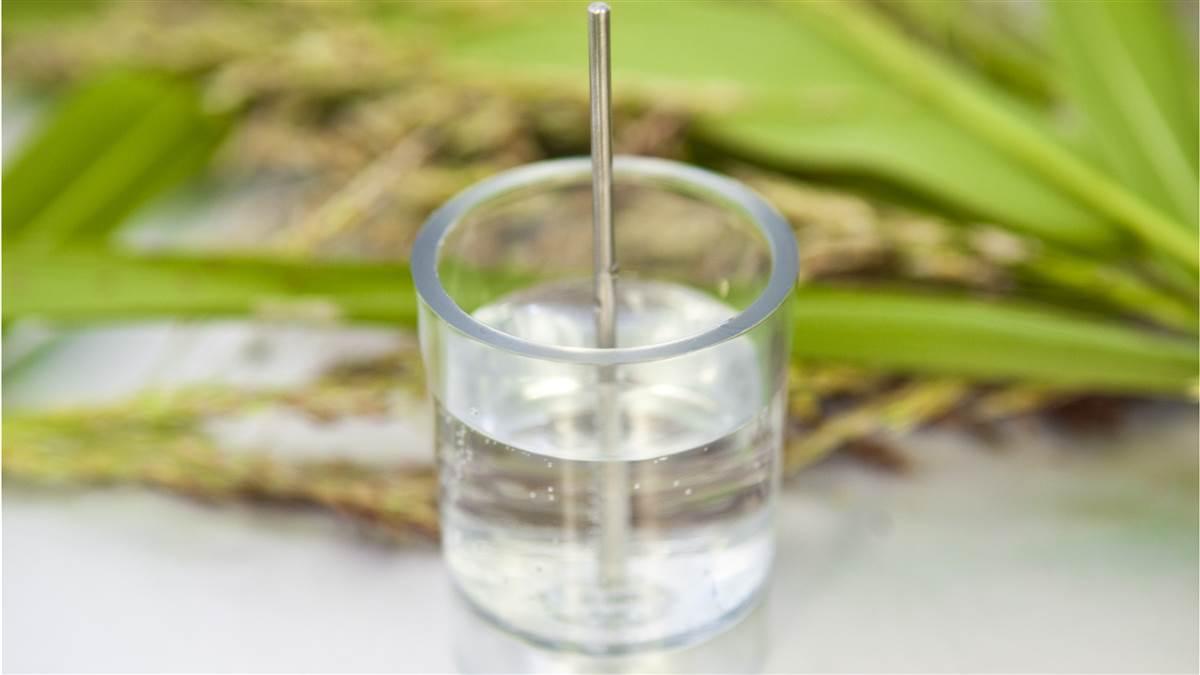 There’s a new term in town

As the effort to incorporate percentages of biofuel in jet tanks continues, the industry is getting less wordy about it. While the aviation community still uses multiple terms like “sustainable alternative jet fuel” (SAJF) as well as biojet and aviation biofuel, Steve Csonka of the Commercial Aviation Alternative Fuels Initiative says the preferred term is now “sustainable aviation fuel” or SAF, a term used by the International Civil Aviation Organization. —AKM

Twenty-three jets arrived at the European Business and Aviation Conference and Exhibition (EBACE) in Geneva, Switzerland, in May after refueling at Farnborough, England, with a small amount of biofuel. To support the biofuel industry, World Fuel Services sold the jet operators sustainable aviation fuel (SAF) made from corn starch at the same price as conventional jet fuel. It was refined by the Denver-based company Gevo using nonfood corn that is separated into protein—used for animal feed—and the starch that is made into isobutanol, which is used to make the aviation fuel.

Biofuel generally costs two to three times more than fossil-based jet fuel, said Gevo spokeswoman Heather Manuel, but costs are coming down and could decrease dramatically if production is increased. There are other alternatives in development.

World Energy in Boston and a Finnish company called Neste produce biofuel from fats, oils, greases such as beef tallow and yellow grease, and purpose-grown seed oils. Red Rock Biofuels headquartered in Fort Collins, Colorado, plans to use woody biomass off the forest floor that will create fuel while reducing forest-fire risk. Fulcrum BioEnergy near San Francisco in Pleasanton, California, will make biofuel from household trash and garbage. Aviation Week reports that in 2015 United Airlines made a $30 million investment in the company, and British Airways has partnered with a company called Velocys for a series of facilities to also convert household waste into fuel.

Biofuels are not allowed to comprise more than 50 percent of an aircraft’s fuel load. There are five processes approved by the aviation industry to make biofuel with a sixth process due to be approved soon. Reductions in greenhouse gas emissions for the various processes are said to be 50 to 80 percent.

Greenhouse gases trap heat near the Earth and contribute to global warming. Demonstrations in 2019 of business aircraft fueled partially by biofuel have taken place at Van Nuys Airport in California, in January and in May at Farnborough, England, as well as at EBACE and NBAA-BACE in Las Vegas.

“We need something disruptive to help the aviation industry decarbonate faster.” —European Commission official Flor Diaz Pulida“It has only been in the last 12 months that we have placed a focus on getting the word out to business aviation to encourage their continued engagement,” said Steve Csonka, executive director of the Commercial Aviation Alternative Fuels Initiative, early in 2019. “The purposes of the EBACE and other business aviation activities are to both enhance communications about the status quo to this sector, which is a bit more isolated from what is happening on the commercial side, as well as to increase interest.”

On the commercial side, United Airlines in 2016 became the first airline to continuously use biofuel for flights out of Los Angeles. In 2019, United renewed its contract with Boston-based World Energy to purchase up to 10 million gallons per year of biofuel over the next two years. United pays for delivery of biofuel by tanker trucks to Los Angeles International Airport, where it is loaded into the common-use fuel farm, Csonka said. Arriving initially as a 30-percent biofuel and 70-percent conventional jet fuel mix, it becomes diluted to a very low percentage when added to the fuel farm. United claims the accounting benefit for the biofuel, but every airline fueling at LAX gets a very modest level of renewable molecules in its tanks. Southwest Airlines, JetBlue Airways, and FedEx Express are also evaluating additional supplies of biofuel. Aviation Week reports that JetBlue will take delivery of biofuel made from nonfood plants under a 10-year agreement with Philadelphia-based biofuel producer SG Preston. The magazine also reported that Qantas Airways will use a 50/50 blend of SG Preston biofuel for the Los Angeles to Australia route in 2020, and that Virgin Atlantic is working with LanzaTech to make fuel from gases emitted by steel mills in China.

“We need something disruptive to help the aviation industry decarbonate faster, and in those terms [SAF] can be a game changer,” European Commission official Flor Diaz Pulido told EBACE attendees.

Despite frustration at the slow pace of adoption of biofuels, there are success stories. Gulfstream’s company aircraft have flown nearly 1 million nautical miles on SAF, saving 1,200 metric tons of carbon dioxide, the company said. Gulfstream aircraft were flown to EBACE as early as 2015 on SAF.

Avfuel of Ann Arbor, Michigan, entered into an agreement with Gevo in July 2018 to be its exclusive fuel supplier. The company supplied a biofuel mix of 5 percent biofuel and 95 percent conventional jet fuel for a January 2019 biofuel demonstration at Van Nuys Airport. Sustainable aviation fuel is now offered at Jet Aviation located at Van Nuys, next door to a new Gulfstream maintenance facility. Gulfstream will offer it to its customers as well. There was a report at EBACE that alternative jet fuel is available at Republic Airport in Farmingdale, New York, but a Sheltair Aviation Services official said the fuel was for a demonstration and is no longer available. Gulfstream has indicated that customers at its Long Beach facility will be able to use biofuel blends for aircraft deliveries going forward, and has announced agreement with at least one customer to do so.

Daher sent its team of representatives to EBACE this year in a Daher TBM 910 turboprop aircraft using biofuel blended with conventional fuel. Daher officials estimate the fuel reduced greenhouse gas emissions from their aircraft by 80 percent. 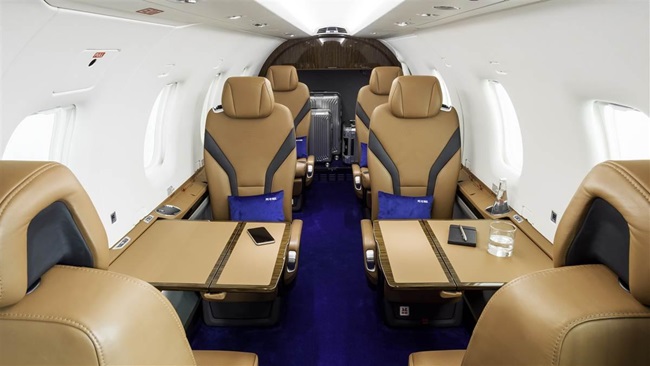 From the editor: A sustainable future