Get the app Get the app
Already a member? Please login below for an enhanced experience. Not a member? Join today
News & Media 20 songs for your aviation playlist

Rock out with 4 hours of aviation-themed music

Pilots and aviation enthusiasts added 20 more tunes to a growing aviation playlist of more than 70 songs and four hours of listening. Update your 2020 aviation playlist with some of these favorites and send us your ideas for more. 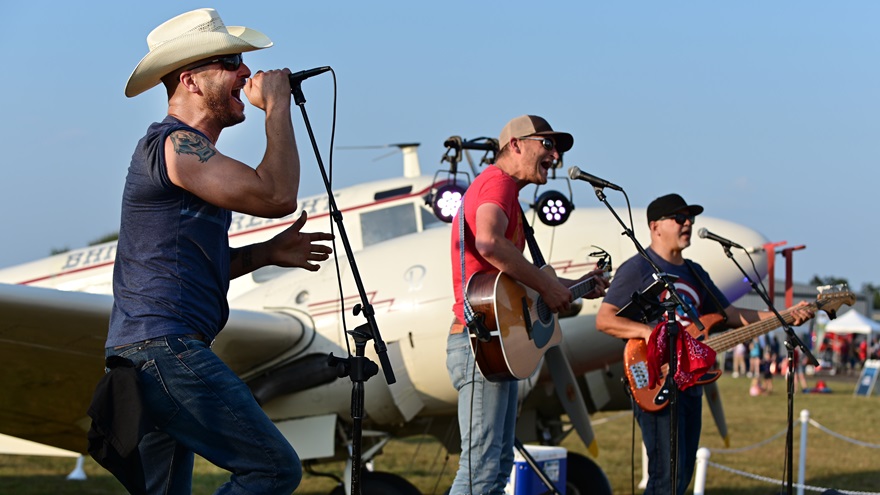 The Bell Brothers perform against a Beech Model 18 backdrop during the 2019 AOPA Tullahoma, Tennessee, Fly-In. Photo by David Tulis.

Fly by Night recognizes the genius of Rush drummer and writer Neil Peart, who died of cancer in January. Bassist Geddy Lee sings Peart’s poignant lyrics, “Fly by night, away from here, Change my life again, Fly by night, goodbye my dear, My ship isn't coming and I just can't pretend.”

Fly Away by Lenny Kravitz is a go-to for pilot Todd Williams, who said he couldn’t believe the tune wasn’t on our playlist. The catchy blues beat is pushed by overdriven guitar, appealing lyrics, and music breaks that tease listeners.

Planes Fly by Angel Haze begins with a piano introduction leading into a rap about flying with lyrics that describe flying “high enough to take us anywhere” in a journey that leads “closer to the stars.”

To Live Is to Fly by Townes Van Zandt was suggested by Piper Comanche 260C owner Kenneth Shaffer, who identified the Texas-born artist as one of his favorites. Shaffer said Van Zandt’s melodic spoken-word lyrics “influenced just about everybody,” including Bob Dylan, the Cowboy Junkies, and Merle Haggard.

Still I Fly by Spencer Lee from the Disney movie Planes: Fire and Rescue is a favorite for commercial pilot and Montana hot air balloon operator Colin Graham, who said the song is “freaking awesome.” The tune begins softly before building into a driving force that speaks to courage and facing new horizons. We agree, Colin!

Beautiful Day by multiplatinum Irish rockers U2 pushed by Adam Clayton’s driving bass, Edge’s melodic guitar riffs, and Bono’s eerie vocals is one of the band’s biggest hits. Bono sings, “See the world in green and blue, It’s a beautiful day … take me to that other place.” An accompanying video showcases a commercial airport terminal and runway as an added bonus.

Fly Away feat. Anjulie by TheFatRat is an electronic dance music beat that invites listeners to “come and fly away with me” to experience “a thousand views.” The video has more than 100 million views on YouTube.

Steve McQueen by Sheryl Crow is a favorite for AOPA Editor at Large Dave Hirschman, although he says it has little to do with aviation. NASCAR great Dale Earnhardt Jr. street races a Chevrolet Camaro against a McQueen Bullitt replica Ford Mustang during a must-watch accompanying music video.

Against the Wind by Bob Seger and the Silver Bullet Band taunted AOPA Director of eMedia Alyssa Cobb during a Piper Super Cub ferry flight with Hirschman from Oklahoma to Maryland. The song played from a SiriusXM aviation weather device as they battled stiff headwinds from the east. “That was cruel,” recalled Hirschman.

747 (Strangers in the Night) by Saxon is a heavy metal song about a jetliner crew dealing with an emergency. “There's a 747 goin’ into the night, There's no power they don't know why, They've no fuel they gotta land soon, They can't land by the light of the moon.” Will they get down in time?

Outro by M83 was offered by John Miendorf. He heard the song in the trailer for the film Living in The Age of Airplanes by Brian Terwilliger and “was immediately blown away by it. The music is pure raw emotion and power, and it hits you at the most instinctive level. You don’t have to try to hunt for specific ‘flying’ words ... to experience the effect of the song.”

Moonlight by British brothers Howard and Guy Lawrence of Disclosure is an electronic jazz instrumental with Latin roots that takes listeners on a dreamy journey that Rolling Stone magazine called “hypnotic.”

Turbulence by Bowling for Soup from the album Fishin’ for Woos is a spiritual rock ballad with lyrics that celebrate family, dreams, and perseverance.

We Remember, a salute to aviators by Dwayne O’Brien of Little Texas, was performed for an International Council of Airshows convention with a video that salutes military and airshow aviators.

High Flight, an aviation poem by John Gillespie Magee Jr., is set to music and performed by pilot and balladeer John Denver. The performance pushes Magee’s ode to flying into a new dimension.

Airplane by the acoustic duo Indigo Girls floats along on the strength of vocalists Amy Ray and Emily Saliers. A light-as-air harmony contrasts with lyrics that suggest they might be more comfortable on the ground looking up instead. The tune was recommended by AOPA Pilot Copy Editor Kristy O’Malley.

Take You Higher by Australia’s Goodwill & Hook N Sling thumps through a heavy bass beat with alternating keyboards and unpredictable stops that push and pull the dreamy tune while asking, “Can I take you, take you higher? (hey, hey, hey, hey).”

Looking for more songs? Sample dozens of additional tunes to help you enjoy the feeling of flight through music. 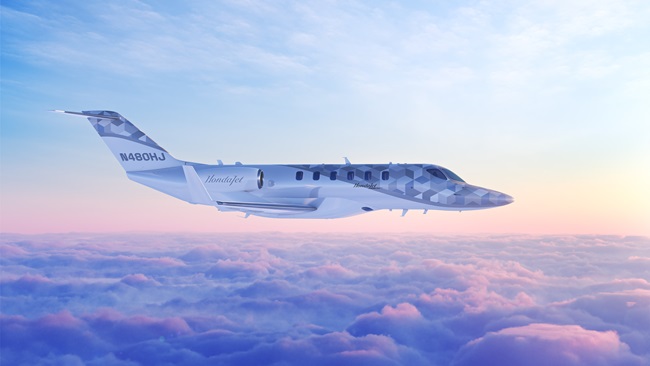