Get the app Get the app
Already a member? Please login below for an enhanced experience. Not a member? Join today
We are currently experiencing issues with our phone system. We apologize for the inconvenience.
News & Videos New movie tells story of heroic Vietnam War medic

Excitement was rippling through the aviation community as it awaited the January 24 arrival in theaters of a movie about the Medal of Honor heroism of Vietnam War medic William Pitsenbarger, written and directed by Todd Robinson, an Emmy Award winner who also is a general aviation pilot. 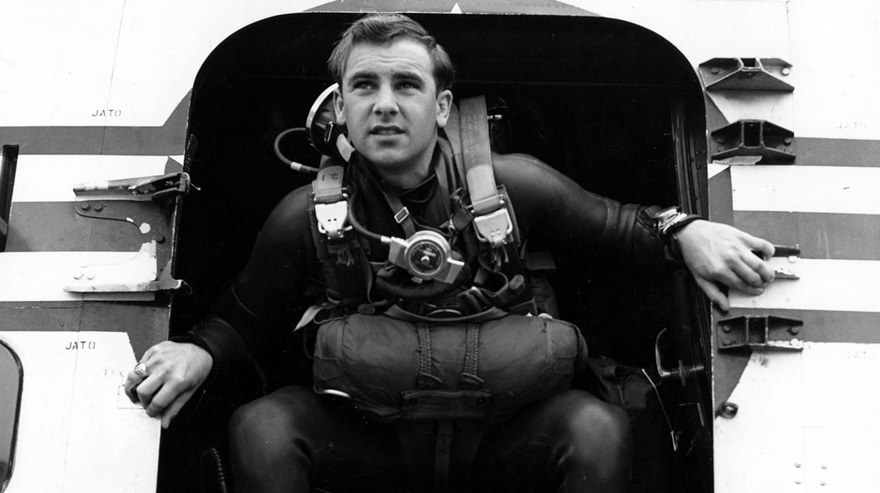 The film, The Last Full Measure, tells the story of Piqua, Ohio, native Pitsenbarger, who as a pararescue medic in the U.S. Air Force rescued more than 60 soldiers pinned down by enemy fire during a fierce battle on April 11, 1966.

Although he had been offered the chance to evacuate the firefight on the last helicopter out, Pitsenbarger (played by Jeremy Irvine) “stayed behind to save and defend the lives of his fellow soldiers of the U.S. Army's 1st Infantry Division, before making the ultimate sacrifice in the bloodiest battle of the war,” says a synopsis on the movie’s website.

The story moves on to relate what transpires when, 32 years later, a Pentagon staffer’s effort to look into a request from Pitsenbarger’s parents (portrayed by Christopher Plummer and Diane Ladd) and best friend (played by William Hurt) to award him the Medal of Honor takes some unexpected twists and turns. The cast includes Sebastian Stan, Samuel L. Jackson, Peter Fonda, and Ed Harris.

Interest in the film is running high among aviators and veterans. The Air Force Association, an independent educational nonprofit, is encouraging attendance across its chapters, “not only to bring attention to the extraordinary heroism” of Pitsenbarger, but “to support our veterans, and the men and women currently in service,” said Susan Loricchio, an aviation promoter who is working with the group to spread the word about the movie. (Loricchio also is a volunteer for AOPA’s Airport Support Network at Newark Liberty International Airport in New Jersey.) The Air Force Association offers scholarships to Air Force enlisted personnel under its Pitsenbarger Award program

Piqua—also home to Hartzell Propeller—was to be treated to three premiere showings of the movie about its hometown hero one day ahead of its general release, according to the Dayton Daily News,  and the city declared the week of January 20 to 26 as William H. Pitsenbarger week.

“Signs featuring Pitsenbarger and his Medal of Honor have been posted around town,” the story said.