Get the app Get the app
Get the latest news on coronavirus impacts on general aviation, including what AOPA is doing to protect GA, event cancellations, advice for pilots to protect themselves, and more. Read More
Already a member? Please login below for an enhanced experience. Not a member? Join today
News & Media Airshow community 'stunned' by two weekend crashes 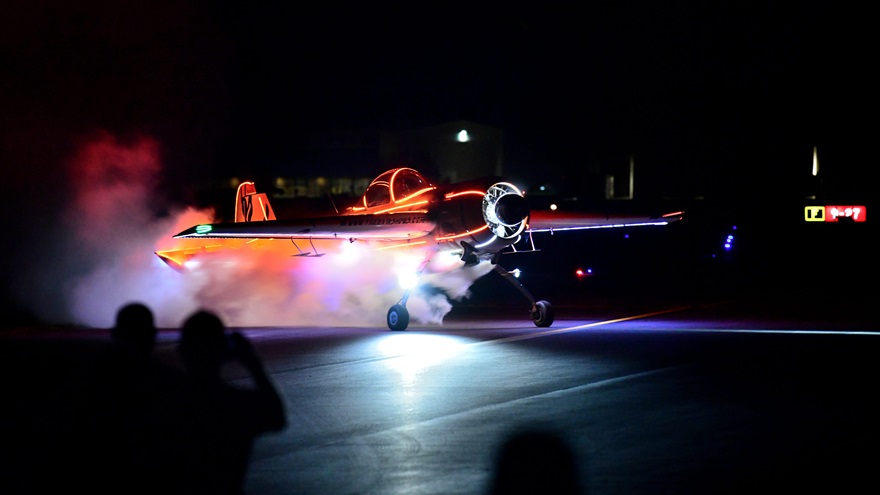 One of the Tiger Airshow teammates performs in a Yak-55 during Sun 'n Fun 2019. Tiger Airshows performer Mark Nowosielski was killed in an aircraft accident in Georgia January 25, along with Nathan Sorenson, the 13-year-old son of team partner Mark Sorenson. Photo by Mike Collins.

Sorenson’s 13-year-old son Nathan also died in the accident. He was identified by The Newnan Times-Herald as a passenger when the Mustang II homebuilt aircraft flown by Nowosielski crashed near Atlanta’s Big T Airport, a private airfield south of Hartsfield-Jackson International Airport. The area is popular with career pilots who participate in general aviation.

The Mustang II low-wing aircraft shares similar lines with a Van’s Aircraft RV–6 side-by-side single-engine model but has a tapered, laminar-flow wing and a generally higher stall speed, according to owners. The aircraft was designed in the mid-1960s and can be both scratch-built and kit-built. The fleet numbers around 400.

Nowosielski told the International Aerobatic Club how he met eventual flying partner and fellow Southwest Airlines pilot Sorenson, who “introduced me to the most amazing group of aviation enthusiasts who all reside on that small grass strip, Big T Airport (64GA).”

The Atlanta Journal-Constitution wrote about Nowosielski in 2018. He told the newspaper that his flying passion began with radio-controlled aircraft in his home country of South Africa before the family moved to Atlanta when he was a teenager. He was introduced to GA aircraft through his father, who pursued aviation as an adult. It led Nowosielski to a degree at Embry-Riddle Aeronautical University and later to a desire to perform aerobatics.

He earned the 2013 U.S. National Advanced Aerobatic championship and was an unlimited-category member of the 2015 U.S. World Aerobatic team, according to the International Aerobatic Club.

Sun ‘n Fun Aerospace Expo posted on social media that the organization was “stunned and saddened by the tragic losses in our airshow family over the past weekend.” In South America, “Steve Andelin, a member of Team Chambliss, was lost in a crash during a private airshow on Friday in Guatemala,” the organization said. 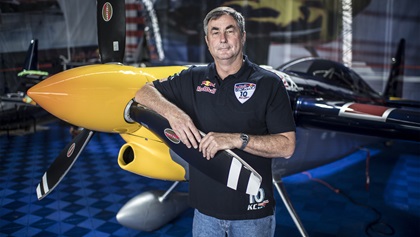 He was piloting a Zivko Aeronautics Edge 540 painted in Kirby Chambliss’s Team Chambliss Red Bull livery when the aircraft slammed into a ramp during practice for a private airshow, killing Andelin and two people on the ground. A video showed a horror-stricken bystander running as the aircraft came out of a dive close to the ground and crashed through a static display behind the woman.

“It is with great sadness that Team Chambliss confirms that our friend and pilot, Steve Andelin, along with two spectators, lost their lives at a private air show in Guatemala on Friday, January 24th,” the team posted on social media. “Steve Andelin was flying a plane which carried Red Bull branding, owned by Kirby Chambliss. We are deeply shocked and extend our deepest sympathies to the families involved in this tragic accident,” the team wrote. Kirby Chambliss was “okay and safe” they added, and canceled the airshow.

Team Chambliss recognized Andelin in 2018 for his “deep expertise” with the Edge 540 Red Bull Air Race Master Class aircraft when he crewed the season-ending race at Indianapolis Motor Speedway. His experience as a test pilot for the manufacturer and an aeronautics degree background were among the highlights.

Andelin, of California, was a 2003 member of the U.S. Unlimited Aerobatic Team—along with Chambliss—after rising to the No. 1 rank in 2001, the Los Angeles Times previously reported. Andelin learned to fly in his father’s Aeronca Champ, held A&P maintenance and IA certificates, and was a retired Boeing 787 captain.