Get the app Get the app
AOPA will be closed on Monday, January 2020, in observance of Martin Luther King Jr. Day.
Already a member? Please login below for an enhanced experience. Not a member? Join today
News & Videos Technique: Trim and power

Landing with no elevator control

The odds of having an elevator that  doesn’t work are low, but this emergency has happened. 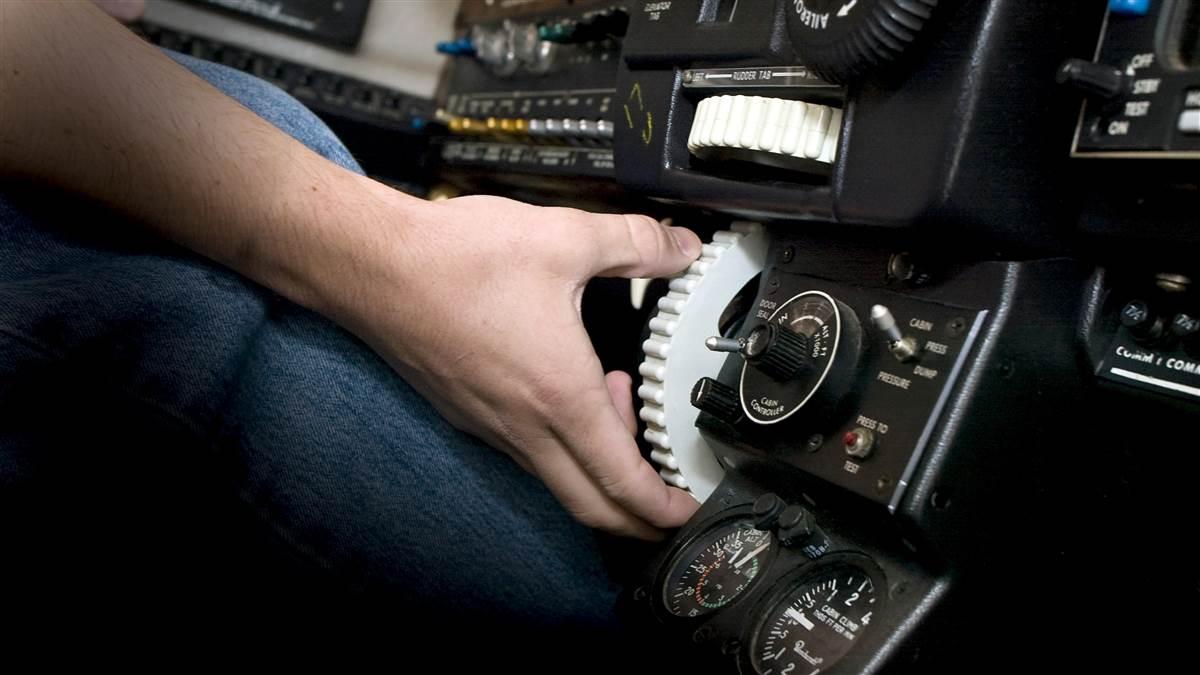 In the 1970s, as a Civil Air Patrol cadet in North Carolina, I helped provide crash site security for a downed Republic RC–3 Seabee amphibian until the NTSB arrived to determine the cause of the crash. Witnesses reported the aircraft climbing and diving steeply until the aircraft hit the ground, killing the pilot. The cause of this crash was corrosion—mechanical failure in the elevator control system left no effective pitch control except power and elevator trim. I speculate but believe the pilot was using elevator trim to try and control the aircraft.

Years later, as a flight instructor, I designed my training syllabus to include landing with no elevator control because I’d seen how one life ended as the result of this very emergency. The 1976 Cessna 150 pilot’s operating handbook has an emergency procedure for this situation: Trim for horizontal flight (with an airspeed of approximately 55 KIAS and flaps lowered to 20 degrees) by using throttle and elevator trim controls. Then do not change the elevator trim control setting; control the glide angle by adjusting power exclusively. At flareout, the nose-down trimming moment resulting from power reduction is an adverse factor and the airplane may hit on the nosewheel. Consequently, at flareout, the trim control should be set at the full nose-up position and the power adjusted so that the airplane will rotate to the horizontal attitude for touchdown. Close the throttle at touchdown.

As the runway comes up to meet the aircraft, trim the nose up and use power as needed to pitch the nose up.Elevator incidents since that of the Seabee amphibian include a United Airlines DC–10 crash in Sioux City, Iowa, because of flight control failure; and former World Aerobatic Champion Patty Wagstaff, experiencing a jammed elevator during flight because a set of keys got tangled in the control cables of her aircraft.

The thrust line of your aircraft relative to the center of gravity and lateral axis, the effect of flaps and landing gear configuration on center of lift and center of gravity, the elevator/elevator trim system, and an understanding of lift vectors when flying in a level attitude versus banking are all key elements to surviving loss of elevator control. In teaching landing with no elevator control in the Cessna 150, a good technique is to do so at altitude in straight and level flight with the aircraft trimmed. State that the elevator has failed and go through the Landing Without Elevator Control checklist.

Fly a simulated rectangular traffic pattern at altitude to the flare for practice. Use what works: ailerons, trim tabs, throttle, and rudder. Give yourself a greater margin of error by flying a larger traffic pattern than usual because of decreased aircraft maneuverability. Configuring the aircraft at a higher altitude offers a greater margin of safety should the aircraft pitch excessively with configuration changes. Greater altitude offers more room to recover the aircraft to stabilized flight before continuing descent for landing. Minimize lateral weight imbalance by balancing wing fuel tanks via use of fuel crossfeed. Pick a runway that is aligned with the wind. Fly a long final approach, stabilize the aircraft in a shallow descent, and visually estimate your touchdown point. Use the longest runway available.

In teaching no-elevator-control landing in the traffic pattern in a Cessna 150, the Landing Without Elevator Control checklist is completed and the aircraft is stabilized on the downwind leg. Turning downwind to base leg, power is reduced slightly, which reduces pitch attitude, and the aircraft is banked to induce a horizontal lift vector. The vertical lift component decreases, and the nose pitches down. In a normal situation, we pull back on the yoke to stabilize the downward pitch and trim the nose up to take the weight off the yoke for a stabilized descent. With no elevator control, thrust is added to keep the nose of the aircraft from pitching down too much during the turn. Rolling the aircraft level on base leg requires reducing power to continue the stabilized descent. Use the same roll/power technique when turning from base leg to final. As the runway comes up to meet the aircraft, trim the nose up and use power as needed to pitch the nose up to decrease the descent rate and place the aircraft in a more proper pitch attitude for touchdown. The instant the landing gear makes contact, bring the power to idle.

Use the approved manufacturer’s checklist for your aircraft to meet emergency needs. Should you decide to practice this maneuver, do so at your own risk; I recommend flying this maneuver to a few feet above the runway and then landing using all flight controls. Should an elevator emergency befall you, the above description of flying with no elevator control should help you live to fly another day.