Get the app Get the app
News & Media WX Watch: Winter jet streams

Repeat after me: Divergence aloft means convergence at the surface. This fact is central to the dynamics within the areas of fastest winds aloft. These are found in the streaks and cores of 100-plus-knot winds embedded within the jet stream, which encircles the poles and undulates as it flows from west to east (in the northern hemisphere). 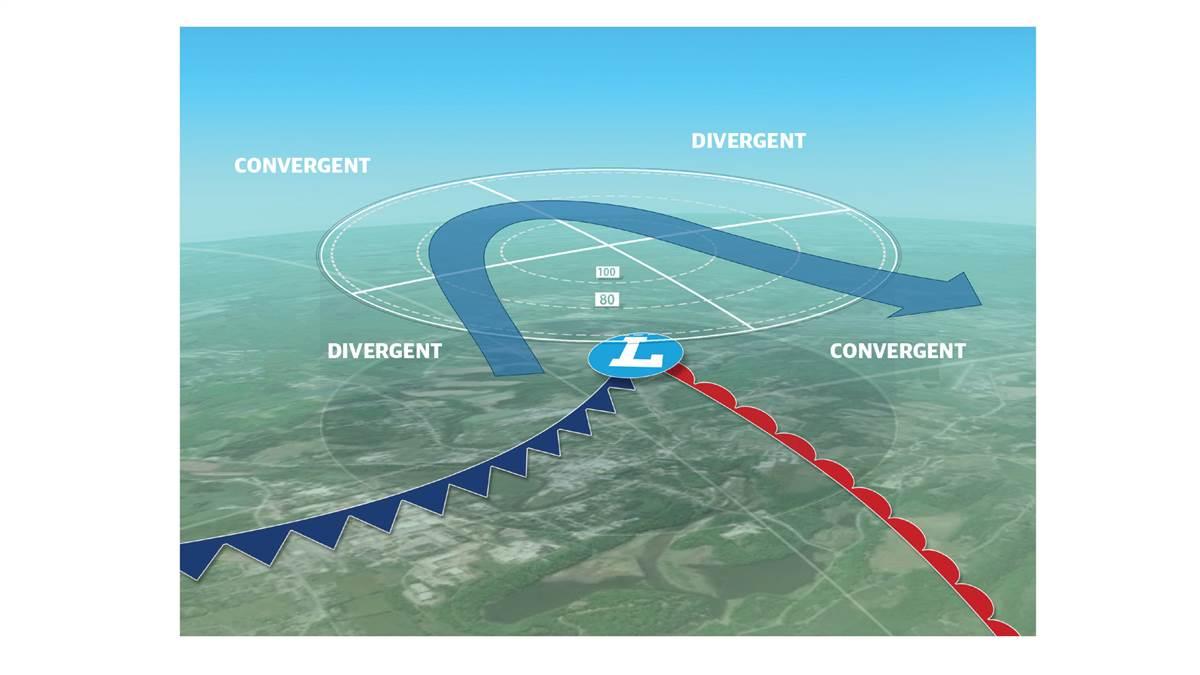 At high altitude, air accelerates as it enters the core of strongest winds aloft. Pressure gradient forces move air first to the north, then Coriolis force takes over as the air slows after exiting the core. Surface lows form under areas of divergent air aloft, at the right entrance and left exit quadrants.
Illustration by Kevin Hand

Owing to the tilt of Earth’s axis, in the colder months of the year its average track runs anywhere from 35 to 50 degrees north latitude; in the warmer months it migrates farther north. Look on a 300-millibar (about 30,000 feet) chart and you can see its flow.

Right about now I hear you saying, “But I fly well below 10,000 feet, why should I care about what’s happening deep in the flight levels?” Because those jet stream streaks and cores generate much of the adverse weather at lower altitudes. How so? Re-read the first sentence, please.

Areas of diverging air aloft typically occur just east of a jet stream’s troughs, which are U-shaped southerly extensions of very cold, low pressure. The air flowing within the jet stream may be fast, but as it rounds the U in the trough, it leaves the trough’s axis and speeds up dramatically in jet streaks. Within the streaks core speeds can reach 200 knots or more in the winter months. These cores are flanked by accelerating and decelerating air, so it’s best to think of the jet streaks as pulsating bands of wind. And it’s that pulsing that sets up the weather-makers.

I know that any mention of Coriolis force is a stunning, sleep-inducing blow to most of us. And yet, it comes up frequently in weather theory—because it’s so important to understand. Here’s another situation where it directly plays into the creation of surface lows. 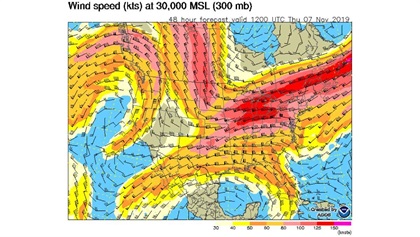 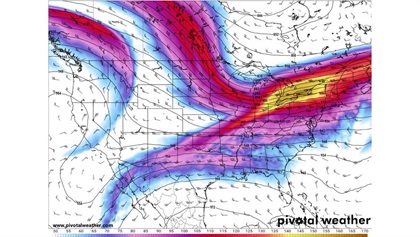 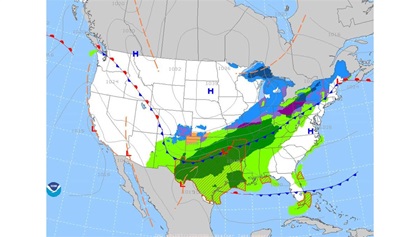 Aloft, as at the surface, Coriolis force acts opposite to the pressure gradient force, which is the force that wants to draw air directly toward lower pressure. Pressure gradient and Coriolis forces are in balance when air moves in parallel isobars (on surface charts) or height contours (constant pressure charts). But when the air around jet cores slows and speeds up in pulses, there’s a fight between the forces.

When the air slows, pressure gradient force asserts itself, drawing air toward low pressure to the north. But the moment it speeds up again, Coriolis force comes into play, drawing air toward higher pressure to the south. It’s this back and forth motion that creates the setup for the lousy weather shown here. Because as it flows into the jet core there’s diverging air in two zones—one where the air enters the core going north, and one where it exits going south.

The huge columns of air below these divergent zones aloft respond by drawing in air and converging air at the surface. The only way it can go is up, so surface pressures fall. This creates surface lows—and the warm and cold fronts that extend from their centers.

As I write this it’s November 5, 2019, and I’m thinking about the short-term forecast. It features jet stream weather over the Midwest and Northeast. By November 7, winds at 300 millibars/30,000 feet will reach 100 to 150 knots in a jet streak running from the Great Lakes to Maine. The surface forecast is for instrument conditions in snow over the northern Midwest, the Appalachians, and northern New England—all from a surface low traveling from Iowa to Maine. That low may well exit the United States and become a nor’easter as it enters the Atlantic Ocean. It will be interesting to see if the forecast verifies, because this will be the first snow of the season for many. Depending on location, pilots will face icing, moderate turbulence, low instrument conditions, and slippery runways for the first time in many months. It won’t be a surprise if they checked the constant pressure low-level prog charts a few days ahead of their flights.AOPA