These flying jobs can help you reach your aviation career goal

Snagging a professional pilot job in the current coronavirus-pandemic market could be difficult, but staying in aviation and building time could pay off when the airlines begin hiring again, opening pilot jobs throughout the industry. 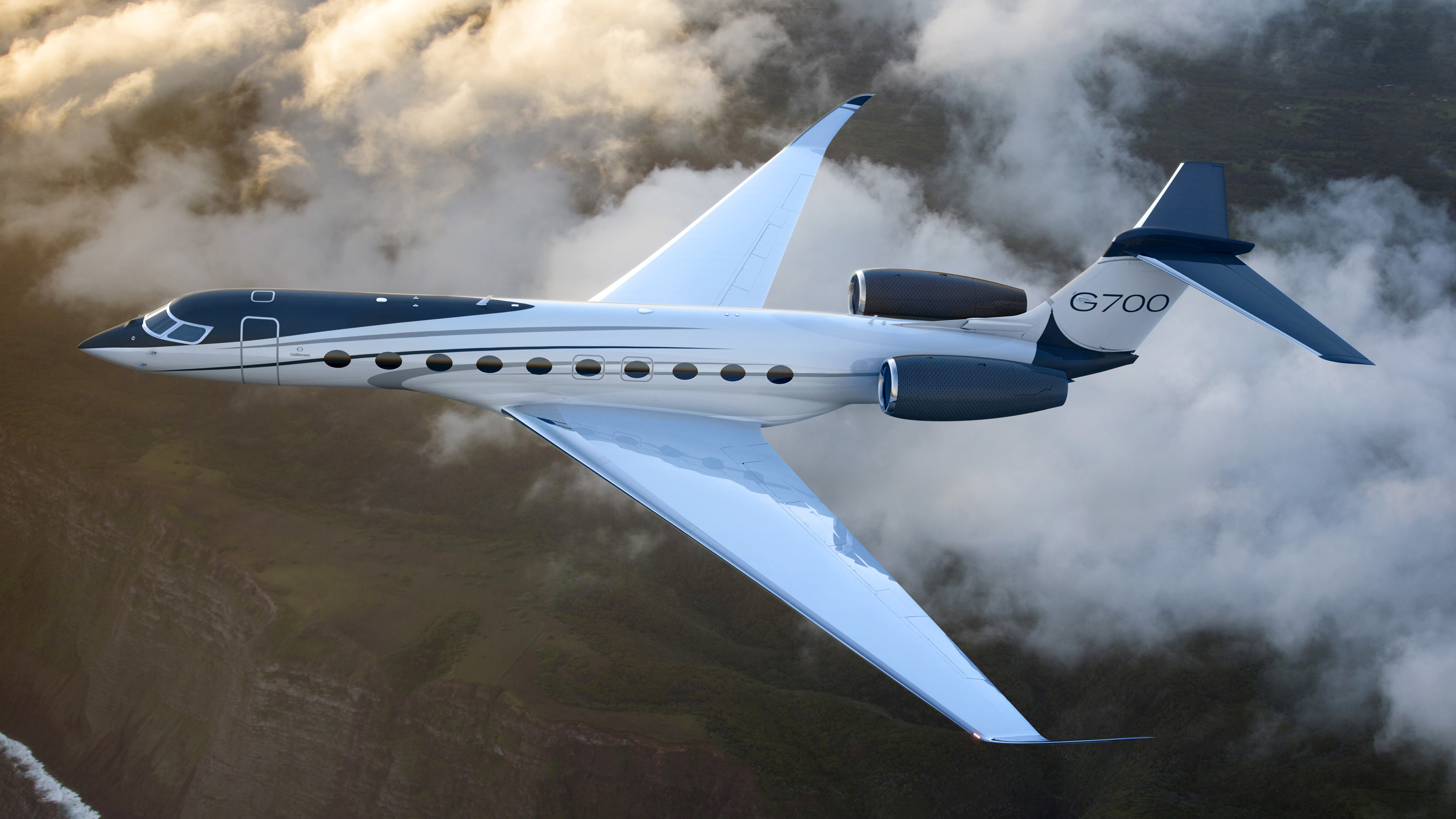 Being a corporate pilot in the business aviation industry can be a steppingstone to the airlines or a rewarding career. Photo courtesy of Gulfstream.

JSfirm.com Managing Partner Sam Scanlon said that a pilot shortage is still predicted through 2039. The airline job losses, furloughs, and early retirements likely to come with this downturn will make the pilot deficit even bigger once airline travel picks back up, he said, because some of those who lose their job and who take early retirement or hit age 65 for mandatory airline retirement during the downturn won’t return.

“People are going to fly again,” Scanlon said, and “they are going to be short even more than they were,” he said of the airlines.

That said, the job market is “tough right now,” he added, recommending that pilots “get into the aviation industry, period” by seeking traditional time-building jobs and looking for nonflying careers in the aviation industry to keep their foot in the door and find creative ways to acquire flight time.

Pilots who have an interest in maintenance or already have an A&P certificate might apply for mechanic jobs, he suggested, which could open the possibility for performing test and post-maintenance flights. Even working for an FBO or other aviation company could open doors to help ferry airplanes or ride right seat on other missions.

Here is a sampling of jobs that can serve as steppingstones to help you build hours and gain experience toward your professional pilot goal.

Flight instructing: Teaching others to fly and helping them reach their dreams is fulfilling in and of itself, but flight instructing is a popular way to gain the flight time required for other professional pilot careers. It can also be a part-time job added to another career, or to retirement for some extra income.

“Instructing is going to make its way back,” said Scanlon, who has been talking to flight school operators and said that “capacities are filling up again at flight schools.” This means instructor positions will once again be opening after the downturn caused by the coronavirus pandemic when some schools closed and others lost business because of stay-at-home orders across the country.

In a tight job market, pilots need to be proactive in searching for openings.

Tried-and-true networking at your local airport could provide an in at local aviation companies, or a friend might connect you to another friend who knows of some openings. “You’d be surprised what you might find,” said JSfirm.com Managing Partner Sam Scanlon.

He also encouraged pilots to use JSfirm.com, an AOPA partner, and other job search sites to circulate their résumés and subscribe to alerts for flying jobs. Getting job openings sent to you will help you “keep a good pulse on the industry.”

Sightseeing: As a tour or sightseeing pilot, you get to see the amazing views tourists are clamoring for every day. Think flying tourists around Denali, overflying the Grand Canyon, or soaring along a breathtaking beach. However, keep in mind that the aerial sightseeing/tour industry is “not back in full swing yet,” Scanlon said.

Ferry pilot: Build specialized skills and gain experience flying across the country, or even overseas to ferry airplanes to new owners. Sarah Rovner, an airline pilot, is also chief pilot for Full Throttle Aviation, ferrying aircraft across the United States and overseas, even during the coronavirus pandemic. She has flown more than 140 general aviation aircraft in 20 countries. “I started out trying to get as much flying time as I possibly could. Unlike a lot of people who’ve taken my career path, I never went into aviation with the intent to become a professional pilot. And so my weekends were spent at the local airport trying to network with people and fly as many different types of airplanes as I could,” Rovner said on the August 12, 2019, HangarTalk podcast.

Banner towing: Vacationers are returning to beaches, and that means businesses are advertising. Aerial banner towing is another traditional time-building job, even though many of them are seasonal. Pilots must have excellent stick-and-rudder skills for this job. Tow pilots’ “lives depend primarily upon having a good ‘feel’ for an aircraft and squeezing every last inch of lift out of a wing. A good banner tow pilot is more in tune with his airplane than the first violinist for the Boston Pops Orchestra is with a Stradivarius,” according to the June 2019 article, “Career Spotlight: Tow Truck.”

Pipeline and power line patrol: According to Scanlon, the oil and gas markets don’t have a lot of demand to lay new pipes, but the existing ones still need to be patrolled, and this is a good time builder “if you can get it.” Flight Training magazine reported that “pilots fly as low as 80 feet agl in Cessna 172s, Piper Super Cubs, and other low-powered airplanes, keeping a sharp eye out for discrepancies in grids or pipelines while keeping clear of the high-voltage lines or other obstructions. They may fly 600 to 800 nautical miles in a day.”

Cargo pilot: Flying cargo can build valuable experience, provide opportunities to move up to larger aircraft, and help you transition later to an airline career if it is still your goal. Alaska native Mark Bly, known as The Flying Chef, made a career out of flying cargo in the bush before delivering Amazon packages around the world in a Boeing 747, using his extensive travels to cook up new dishes. He has flown internationally for about 30 years and learned different cooking techniques and explored seasonings in many countries. “I use the world as my grocery store,” Bly told AOPA. “I go to Hong Kong like people drive to the store.”

Corporate: Corporate pilot jobs range from flying a business owner in a turboprop or entry-level jet to flying a Gulfstream for a major company, and duties are just as varied. You might be the only crewmember and wear many hats, from prepping the aircraft to stocking the snack and drink bar, or work with a full crew including flight attendants. While corporate flying can be a steppingstone to an airline career, you might find that business aviation suits you better. “Business flying offers aviators a much richer arena of jobs, destinations, lifestyles, insights, technologies, and so on,” Opinion Leaders blogger Ron Rapp wrote in 2018, adding that “we have access to some of the latest and greatest equipment in the skies, aircraft that fly higher, faster, and further than anything else in the civilian world.”

Charter or air taxi pilot: The FAA is scrutinizing charter operations, so if you want to build time as a charter pilot, make sure you carefully vet the employment agreement and understand all aspects of the operation so that you don’t inadvertently end up on the wrong side of the regulations. Aircraft can range from single-engine piston aircraft to helicopters and jets.

Military: With a downturn in the civilian hiring market, the military might be a good route if you also have an interest in serving our country. The different branches have a wide variety of aircraft to fly. If you don’t become a military pilot, you could still land a career involved in military aviation.

Agricultural pilot: Support our country’s food system as an agricultural pilot or crop duster. You’ll gain experience flying at extremely low altitudes, often in turboprop aircraft. Isaac Wilde, owner of Wilde Air Service in South Dakota, has made a living out of it. “I’ve always kind of had a love for farming and realized that I like flying too,” he told AOPA Live®. “I still get to work with the farmers on a daily basis, which I think is a joy.”

Traffic/news reporting: Work with a television or radio station reporting on traffic or breaking news to build hours. These jobs are open to fixed-wing and helicopter pilots.

Skydiver transport: Skydiving is another attraction that can be affected by the coronavirus pandemic and restrictions on businesses. But, it is a great way to build time at busy operators. This AOPA Pilot article will give you a sense of what a day in the life of a skydive pilot is like.

Glider towing: If you are a new or low-time professional pilot, this might be a good fit to keep your feet in aviation. It could be a part-time gig, but you could also make a go of it. Jim Hanson of Minnesota has more than 30,000 hours, many of them towing gliders. He told Flight Training magazine that “a good tow pilot is indispensable for every successful glider club or commercial operation. Since the tow pilot is the point of contact with customers, they should have good people skills. We call the towplane the ‘airline pilot’s finishing school’ since the very things that the airlines are looking for are taught to tow pilots.”