Get the app Get the app
Already a member? Please login below for an enhanced experience. Not a member? Join today
News & Media Icon Aircraft names new president

Editor's note: This article was updated July 19 to correct Jason Huang's title. He is president of Icon Aircraft. We regret the error.

Icon Aircraft has replaced its president one year after it sharply cut back production of its A5 amphibious light sport aircraft. 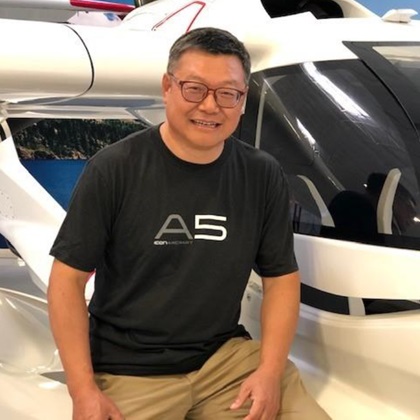 Jason Huang, a veteran manager in the information technology industry, has replaced Thomas Wieners, who held the top job for about one year. Huang worked most recently as a manager at EMC Corp. and OpenText, and he earned a doctorate in mechanical engineering from Queen Mary University of London, according to Icon.

Icon has created a great deal of buzz in the aviation industry since it introduced its composite, stall-resistant amphibian a decade ago. But it has suffered through many production delays and price increases that reduced demand. The two-seat sport airplanes carry a retail price of $359,000.

Icon had planned on high-rate aircraft production at its expansive facility in Vacaville, California, but relatively few of the 1,800 people who placed deposits on A5s bought finished aircraft, and last year Icon reduced its workforce by 40 percent to about 400 people. Icon also operates a composite production facility in Tijuana, Mexico.

The A5 has received enthusiastic praise from pilots—but it’s been hurt by a pair of high-profile accidents. A5 designer Jon Karkow and a passenger were killed in an Icon crash in May 2017 in California, and baseball great Roy Halladay died in another accident six months later in Florida. An NTSB report blamed the Halladay crash on the pilot performing aggressive, low-level maneuvers, and an autopsy found morphine, amphetamine, and other banned drugs in his bloodstream.

Several other A5s have been destroyed in nonfatal accidents, and none of the mishaps were caused by the aircraft’s design or construction.

Icon has delivered more than 120 A5s, and the company operates flight schools in California and Florida.