Get the app Get the app
News & Media Pilots fight fee increases at Bend, Oregon, airport

Pilots and airport business owners received just 30 days’ notice that the city of Bend, Oregon, would be increasing rates for hangars, tiedowns, and other airport leases effective August 1.

Rent for the various sizes of T-hangars at Bend Municipal Airport would increase by as much as 41 percent per month, while other lease rates for property at the airport are set for similar increases as well.

The increase is based on an April 2 appraisal report that estimated the market value for rent. Airport tenants said the appraisal includes errors and excludes “comparable rents at some nearby Central Oregon airports,” according to a press release from the Oregon Pilots Association, which is requesting the Bend City Council delay the implementation of the fee increase by 90 days to allow time for the airport community to bring information to the council.

“Small business owners on the airport say the sudden large increase is a serious threat to their financial viability,” the community told the Oregon Pilots Association. 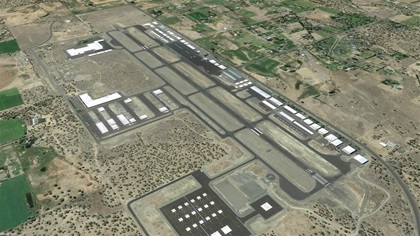 AOPA’s Airport Support Network volunteer at the Bend airport has been working with local pilots, airport tenants, the Oregon Pilot’s Association, and AOPA, which will be writing a letter to the council on members’ behalf to raise awareness of the issue.

“The FAA encourages adequate and timely consultation with airport users prior to implementing rate changes” said Josh Pruzek, AOPA Northwest Mountain regional manager. “It does not appear that the city is acting in good faith in adjusting these rates without any prior discussion. This is most unfortunate considering the current economic conditions resulting from the coronavirus pandemic.”