Get the app Get the app
Get the latest news on coronavirus impacts on general aviation, including what AOPA is doing to protect GA, event cancellations, advice for pilots to protect themselves, and more. Read More
Already a member? Please login below for an enhanced experience. Not a member? Join today
News & Videos North America's highest paved runway is back

Visitors to Colorado’s Lake County Airport in Leadville, elevation 9,934 feet, will notice many improvements, including 6,400 feet of brand-spanking-new runway. 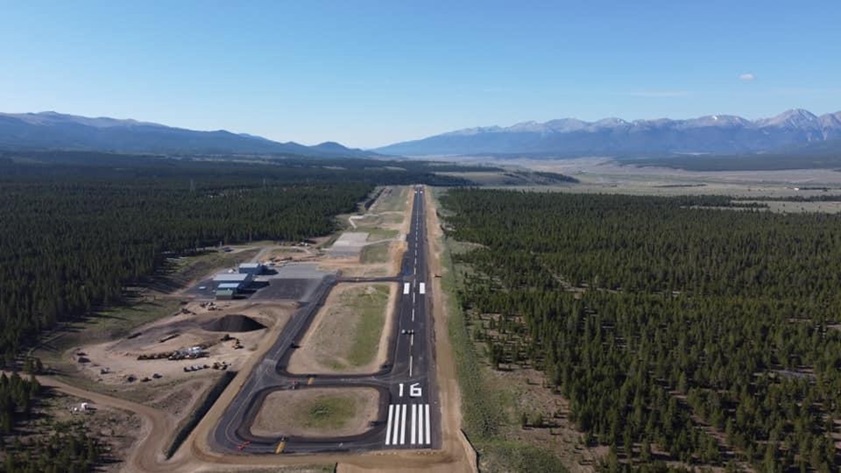 An October snow dump stretched the runway replacement project timetable quite a bit, but the airport manager (who was hired during the 13-month construction project), retired U.S. Navy Capt. Brett Cottrell, was the first pilot to break in the new runway on July 27. He reported in a telephone interview two days later that a few finishing touches remained (a coat of sealant was being applied to the apron, trapping him indoors long enough to be pinned down by an inquiring editor), but the last day of construction was fast approaching.

That’s a large part of what made the job offer appealing to Cottrell, who served in the Navy for 30 years and flew helicopters. Lake County Airport is popular among helicopter makers, who continued to use the airport for test flight operations during the 13 months that the runway was not only closed to fixed-wing traffic, but was also nonexistent.

“Snow hit at the onset of October last year, and it didn’t leave,” Cottrell explained. “We had to put everything on hold … they had already taken our runway up.”

Cottrell said managing the airport that frequently hosts helicopter operations and test pilots helps him stay connected to the rotary-wing community, and he also loves the outdoors.

“I’m an avid outdoor climber, hiker, backpacker… it fit me, personally,” Cottrell said. “I think if you came up here and sat in this FBO and just stared out the window at the two highest mountains in Colorado … and got to see my view … I think you’d understand.”

Cottrell said he is looking to parlay that view, and Leadville’s proximity to so many attractions, into an increase in based fixed-wing aircraft from the current total of six, soon to be eight. The airports in Aspen and Eagle are “overrun with the quantity of aircraft that want to be parking themselves there,” Cottrell said, noting that he has hangar space available with more on the way, priced to compete with the tony neighbors that probably enjoy broader name recognition. Not that Leadville has much trouble in that regard, either.

“I get people that make pilgrimages from the East Coast … they drive out here, just to see this airport,” Cottrell said. T-shirts and other souvenirs are available for purchase to commemorate the visit to this high-altitude photographer’s paradise. Every pilot who lands at Lake County Airport for the first time gets a certificate to commemorate the occasion, a longstanding tradition that Cottrell will certainly continue.

The airport is an economic engine for Leadville, directly employing 14 people and supporting 29 jobs in total, according to the recently released Colorado Aviation Economic Impact Study commissioned by the Colorado Department of Transportation Division of Aeronautics. That division's director is David Ulane (a former AOPA regional manager and longtime pilot), who said in another recent interview that the airport’s $4.29 million annual contribution to the local economy is boosted by the many helicopters that show up to be put through their paces by test pilots.

Ulane said that despite what some might think, Leadville is not a particularly challenging airport to fly to, other than its density altitude, which can climb near the top of nearby towering peaks during summer months.

“It can get to be 80 degrees up there,” Ulane said of the airport. “The density altitude will exceed the service ceiling of an airplane like a [Cessna] 172.”

The Colorado Pilots Association offers a mountain flying course that focuses much attention on the topic, Ulane said. (Upcoming mountain flying ground school classes have been canceled due to the coronavirus pandemic, though the association has other resources available.) Altitude aside, Lake County Airport is situated in a “wide-open valley” and enjoys benign weather much of the year. The wind tends to blow straight down the runway, Ulane added, “which is why so many people love getting up there.” 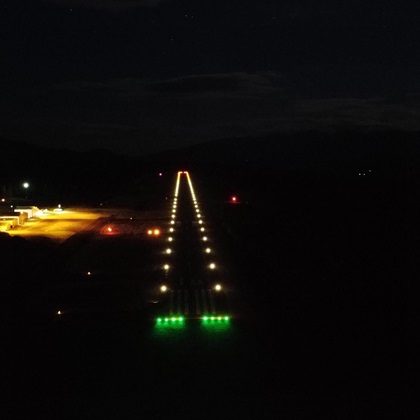 Cottrell said that once the snow finally melted, things began to fall into place. The summer weather has been just perfect for curing asphalt when the construction team needed it to be, and rain arrived just in time to water the new vegetation, then departed to facilitate sealing. “Everything seemed to work out this summer,” Cottrell said.

He is tending to the finishing touches, sprucing up an airport that “didn’t really have a whole lot of TLC” before his arrival, and the runway lights are back in service.

“They had plowed almost every one of them off,” Cottrell said. (The majority were taken down by one particular snowplow driver who “didn’t know where he was. That happens here when you get four feet of snow on the ground in a blizzard.”)

Cottrell said he looks forward to welcoming more visitors, now that the airport is open to fixed-wing traffic once again. He already loves the job. 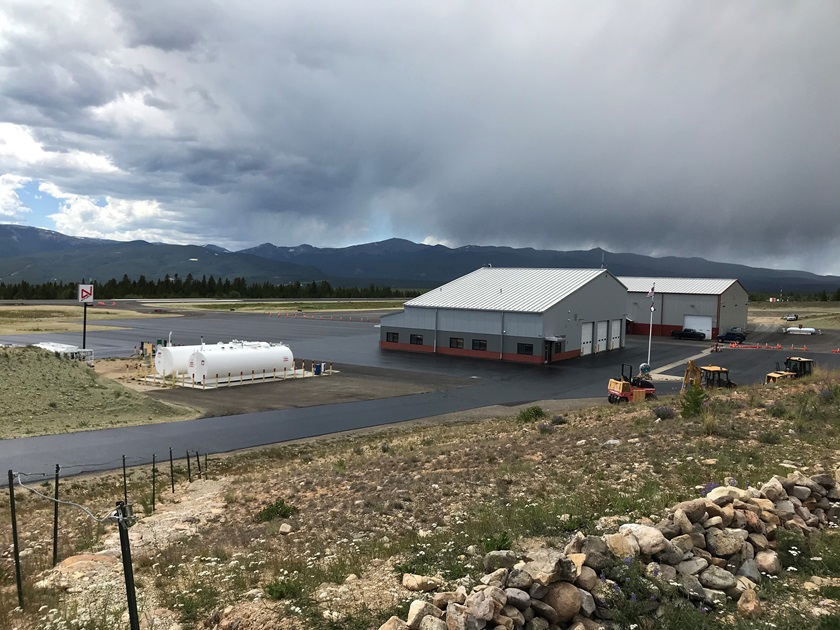 Editor-Web
Editor-Web Jim Moore joined AOPA in 2011 and is an instrument-rated private pilot, as well as a certificated remote pilot, who enjoys competition aerobatics and flying drones.
Go to Jim Moore's Profile
Topics: Airport, US Travel