Get the app Get the app
Get the latest news on coronavirus impacts on general aviation, including what AOPA is doing to protect GA, event cancellations, advice for pilots to protect themselves, and more. Read More
Already a member? Please login below for an enhanced experience. Not a member? Join today
News & Media LOAs for ADS-B?

The FAA’s ADS-B Out mandate, which became effective on January 2, presented a problem for John Morrissey. He runs a small aerobatic flight school at the East Kansas City Airport, located 29.6 nautical miles southeast of Kansas City International Airport—a Class B primary airport—which puts his hangar just inside the Mode C veil, and just inside the airspace where ADS-B Out is required. 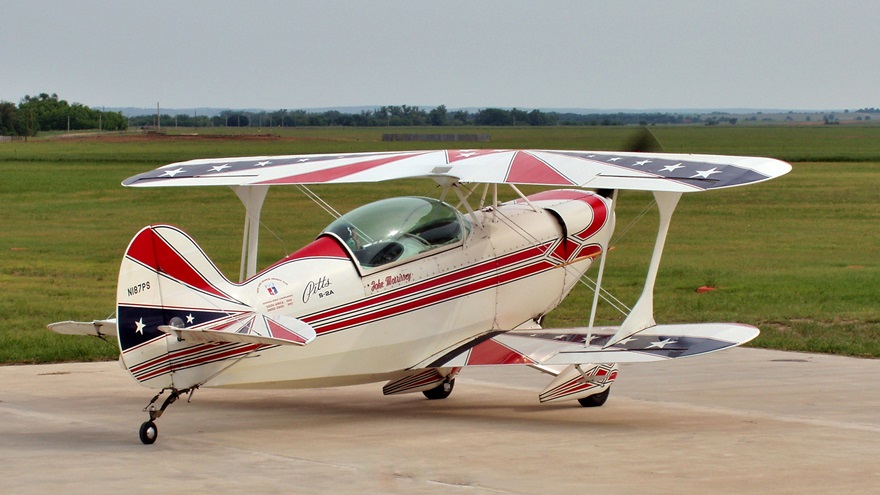 John Morrissey received a letter of agreement to operate his Pitts S-2A from East Kansas City Airport without a transponder or ADS-B Out, even though the airport is within the Kansas City International Mode C veil. Photo courtesy of John Morrissey.

And while the Pitts S–2A he uses has an electrical system, it does not have a transponder or ADS-B Out installed. Because the small aerobatic biplane has extremely limited panel space and is constructed of fabric and wood, installation of the required equipment would not be practical or physically possible.

Morrissey’s hangar is literally 2,000 feet from the edge of the Mode C veil, he noted. So, he wrote to the Kansas City International air traffic control tower, as the agency responsible for the airspace in question, asking for a long-term ATC authorization to operate in the airspace without the required equipment.

Requests for deviations from FAR 91.215, the Mode C transponder rule—and FAR 91.225, the ADS-B Out rule—are addressed in FAA Order 7210.3 (sections 5-4-1 and 5-4-2, respectively). The FAA order authorizes exceptions for fringe airports—probably the most often cited reason for a long-term authorization—and also allows relief under certain conditions for agricultural aircraft, antique aircraft, and aircraft without electrical systems.

Morrissey said Kansas City was very professional to work with. “I thought it was a great cooperative effort with the FAA,” he said. Four or five weeks later he received a letter of agreement already signed by the FAA; all he had to do was sign it and send it back. “And [the LOA is] for the airplane, not just for the pilot,” Morrissey added.

The LOA specifies some restrictions on his operations. He must exit the Mode C veil using the most direct practical routing, must maintain VFR at or below 2,500 feet agl while inside the Mode C veil, and may not adversely impact other operations receiving ATC services in the area.

The restrictions are “absolutely reasonable,” Morrissey said. “It was everything I asked for and more, and it was graciously done.”

“He has a very good reason not to be required to equip,” said Rune Duke, who served as AOPA senior director of airspace, air traffic, and aviation security at the time of Morrissey’s request. “The FAA worked with him and approved his waiver. There’s flexibility in the system,” he added. “The FAA is willing to work with pilots and will collaborate with applicants to ensure there are procedures in place so that they can fly safely in some areas where they would otherwise be required to be equipped. I’ve seen the FAA work with each individual applicant to date.”

And requests for long-term authorizations are slowing as more aircraft equip with ADS-B Out. As of May 1, the FAA estimates that 113,634 U.S. general aviation aircraft have equipped with ADS-B Out—a number that increased by 1,934 aircraft—or 1.9 percent—over the previous month.

Approving requests for such authorizations is at the discretion of the ATC facility responsible for the airspace in question. “Each air traffic manager has the authority to approve or disapprove any request. Headquarters can provide guidance and assistance, but it’s up to the local facility to make the final decision,” Duke said.

Duke did note that the process can see significant delays during the COVID-19 pandemic, because many managers and support staff are working from their homes, and other demands are taking up much of their time. “If you only need this for the next three months, it’s probably not worth your time or the FAA’s time,” he commented—but if you need it long-term, make the request. And be patient.

A letter of agreement, if issued, is valid for a maximum of one year and then is eligible for renewal. The air traffic facility might reach out, but the obligation is on the aircraft operator. Duke suggests touching base early to get that renewal process underway.