Get the app Get the app
Get the latest news on coronavirus impacts on general aviation, including what AOPA is doing to protect GA, event cancellations, advice for pilots to protect themselves, and more. Read More
Already a member? Please login below for an enhanced experience. Not a member? Join today
News & Videos Friends, fellow pilots rally to support Werth family

Billy Werth has a long recovery ahead, and his aviation family is working to make sure Werth, his wife, and their children will not face it alone. The airshow performer was seriously injured in a June 12 accident in Georgia. 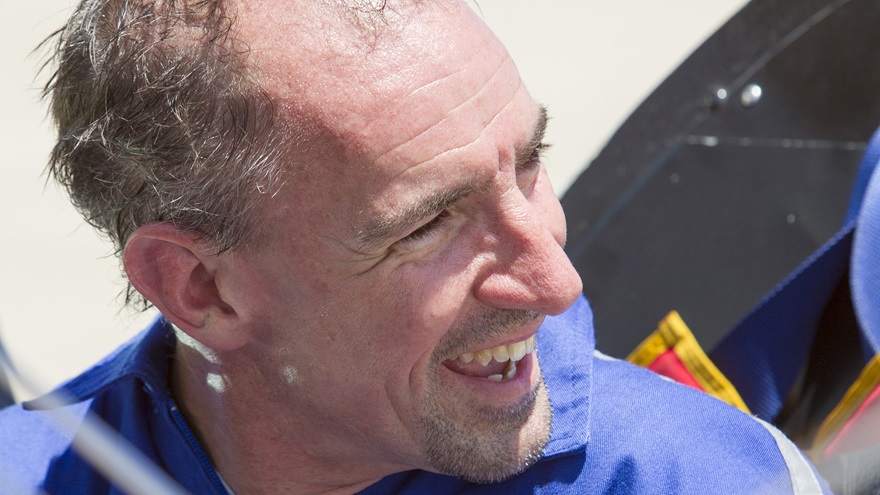 Werth, a popular airshow performer whose aviation career includes service as an instructor pilot with the U.S. Air Force Reserve 434th Air Refueling Wing based in Indiana, and as a captain with Republic Airways, suffered serious injuries in a crash at Henry County Airport in Hampton, Georgia. Werth departed at 7:50 p.m. June 12 to practice with Redline Airshows teammate and lead pilot Ken Reider, each flying a Van’s Aircraft RV–8. Werth reported engine trouble soon after lifting off from Runway 6, according to a preliminary report on the accident from the NTSB.

Witnesses told investigators that the engine sounded abnormal, and they saw black smoke trailing from the exhaust as Werth tried to climb. He made a 180-degree turn, apparently attempting to return to land in the opposite direction (on Runway 24), but it appeared he had little of that runway left in front of him. Witnesses watched Werth make another 180-degree turn to line up for a landing attempt on Runway 6. The RV–8 was low and aligned with the normal base leg for Runway 6 when it appeared to stall and hit the ground at a flat attitude.

AirshowStuff reported June 22 that two paramedics were aboard a Cessna holding short of the runway when Werth crashed, and raced to help the injured pilot, who was airlifted to the Atlanta Medical Center.

At least two online fundraising efforts have been launched to help Werth and his family, who live in Indiana. An update on one of those, dated June 22, noted that Werth’s condition had been upgraded from “critical” to “stable,” though he remained in intensive care, recovering from multiple surgeries. Many messages offering encouragement were posted on social media, including prayers for a speedy recovery and expressions of support for Werth’s wife, Courtney, and their children. AirshowStuff noted that Jordan Brown and Matt Throckmorton from Hoosier Aviation in Terre Haute, Indiana, had arranged for Courtney to fly to Atlanta to be with her husband within hours of the accident.

Werth has many friends among AOPA staff, and he entertained attendees to an AOPA Fly-In held in 2014 in Indianapolis, as well as offering rides in his Pitts S–2C. About three months later, Werth escaped with very minor injuries after losing power in cruise flight over Maine in a Christen Eagle.

The NTSB preliminary report on the June 12 accident in Georgia notes that the fuel injector nozzle feeding one of the four cylinders of the RV–8's engine was blocked, and the mechanical inspection also found signs consistent with rich fuel mixture in two cylinders, while the other two showed signs consistent with “ lean ” mixtures. No other mechanical anomalies were noted in the report.