Get the app Get the app
Already a member? Please login below for an enhanced experience. Not a member? Join today
News & Media Honoring a 'treasure'

Bernice “Bee” Haydu, a member of the Women Airforce Service Pilots, got a boost from friends of the Treasure Coast chapter of The Ninety-Nines on a bright, sunny day June 14 as pilots flew 18 aircraft overhead to let her know they were thinking about her after being in lockdown in an assisted living facility in Palm City, Florida, for three months because of the coronavirus pandemic.

Haydu, 99, had a radio and was even able to talk to the pilots flying overhead.

“We call her our treasure,” said Anita Mixon, one of the founding members of the Treasure Coast Chapter of The Ninety-Nines, of which Haydu is also a member. “Most of us have not been able to see her or talk to her or visit with her or just let her know that we’re thinking about her. This was an opportunity for us to kind of reach out to her and let her know that she’s still in our hearts and on our minds.”

Haydu, who soloed in a North American AT–6 Texan and served as a utility pilot and engineering test pilot as a member of the WASP, continued her career in aviation after the war by “ferrying, flight instructing, flying a comedy air show act, and she was one of the first women aviation executives in New Jersey, owning her own Cessna dealership,” according to Women in Aviation International. She served as the president of the WASP organization from 1975 to 1978, during which she was instrumental in getting the WASP recognized as veterans of World War II. In 2010, Congress awarded the WASP the Congressional Gold Medal. 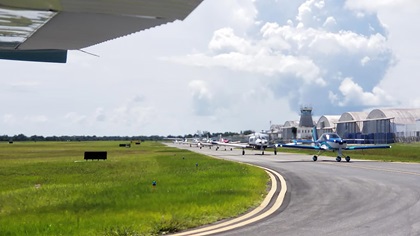 The idea to honor Haydu and other members of the chapter formed after a planned Memorial Day honor flight by the larger aviation community was scrubbed because of the weather. As the plan gelled via social media, Flag Day became the next attempt at a flight, this time honoring a pioneer in aviation.

“It was such a great feeling to know that we were there for her, to let her know that we still admire and respect her, and to thank her for all she has done for women in aviation, and aviation in general.”

Haydu’s family stopped by Witham Field in Stuart to thank all the participants, including the pilots and ground support crew. 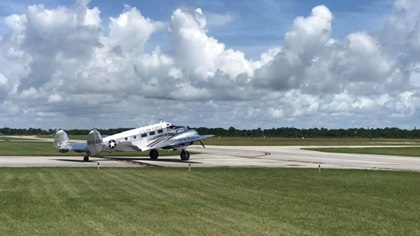 “They were thrilled,” said Mixon, who helped marshal aircraft that day because a cold kept her from flying her Grumman Tiger in the tribute. “They said it was one of the first days they had seen Bee be lucid and active and involved in a long time.”

Now The Ninety-Nines are working to create honor flights for WASP nationwide.

“They paved the way for all of us women in aviation, and it made Bee and her family very happy, so we’d like to do the same all of the WASPs around the country,” Mixon said.

While a larger group works to expand the flights across its networks, the local Treasure Coast chapter has another important date in mind for a special mission:

Haydu will turn 100 in December, “so, we’re hoping we get to do something special for her.” 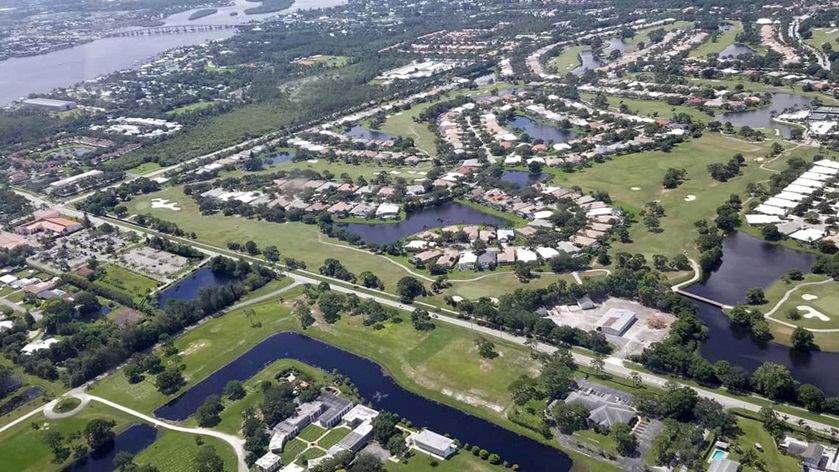