Get the app Get the app
AOPA will be closed July 4th, in observance of the Independence Day holiday. We will reopen at 8:30 am ET on Tuesday, July 5.
News & Media Air races latest COVID-19 casualty

The 2020 Stihl National Championship Air Races, scheduled for September 16 to 20 at Reno/Stead Airport in Nevada, have joined the long list of aviation events canceled this year because of the ongoing COVID-19 pandemic. 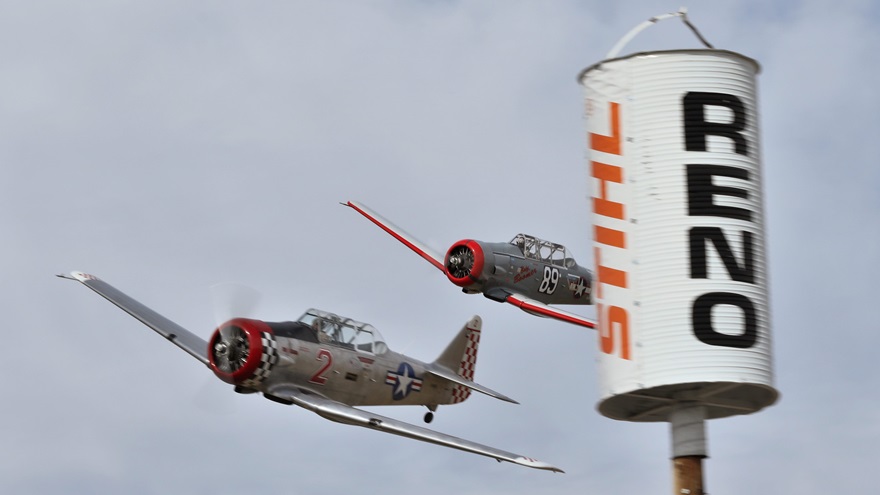 Michael Pfleger, left, and Gene McNeely round a pylon during a T-6 Class race at the 2019 Stihl National Championship Air Races. The 2020 races have been canceled because of the COVID-19 pandemic. Photo by Robert Fisher.

The Reno Air Racing Association announced the cancellation June 26. The Stihl National Championship Air Races date to 1964, when Bill Stead organized the Reno National Championship Air Races to carry on the tradition of the Cleveland National Air Races that were held from the late 1920s through the late 1940s. Reno’s only previous cancellation was in September 2001, when all aircraft in the United States were grounded following the 9/11 terrorist attacks.

“This decision was not made lightly. It’s difficult to capture the sadness we feel for our September family who we won’t have the chance to see this year,” said Fred Telling, Reno Air Racing Association CEO. “However, we need to approach this with safety for all involved as our highest priority. We recognize and appreciate the great responsibilities Nevada’s government leaders bear as they weigh health concerns against economic well-being for Nevada as a whole. With the June [24] announcement that the state of Nevada will remain under Phase Two guidelines for the foreseeable future, we cannot feasibly move forward with planning our event.”

The University of Nevada, Reno recently completed an economic impact study of the 2019 Stihl National Championship Air Races, finding that the event hosted “nearly 70,000 total unique attendees” and generated more than $100 million in total economic impact to the Reno-Tahoe region by non-local visitors.

“We are deeply conscious of the cultural and economic loss to the community due to the cancellation of so many special events this year. We look forward to hosting the 57th Stihl National Championship Air Races Sept. 15 to 19, 2021, but know we will need the continuing support of our fans and community more than ever,” Telling said.

Many factors combined in the decision to cancel this year’s event, according to Tony Logoteta, COO of the Reno Air Racing Association. “Beyond health and safety, our primary focus has to be the long-term viability of this iconic event rather than a high-risk gamble on the current year,” he said. “It’s been a challenging year for everyone and we have seen the financial effects across all revenue streams. It’s time for us to take a step back and assess our situation so that we can work toward ensuring the future of air racing beginning in 2021.”

The organization “saw an 80[-percent] overall decrease in revenue from March to June 2020 compared to 2019. As a 501(c)(3), the Reno Air Racing Association relies on donations, in addition to ticket sales, sponsorships, concessions, and merchandise sales” to conduct the event.

Although ticket purchases normally are not refundable, the association is offering three options to 2020 ticket holders: Roll over purchased tickets to the 2021 event; donate your ticket amount as a tax-deductible contribution; or request a refund of the ticket price less ticketing fees. Ticket holders are asked to submit their preference online by July 15; tickets will automatically roll over to next year if no other option is requested.

“We are hoping that patrons will rollover their ticket purchases to the 2021 event or, if they are able, donate this year’s purchase as a tax-deductible contribution to help keep the Reno Air Races alive,” Logoteta said. The nonprofit welcomes any other donations, as well. For additional information visit the website. 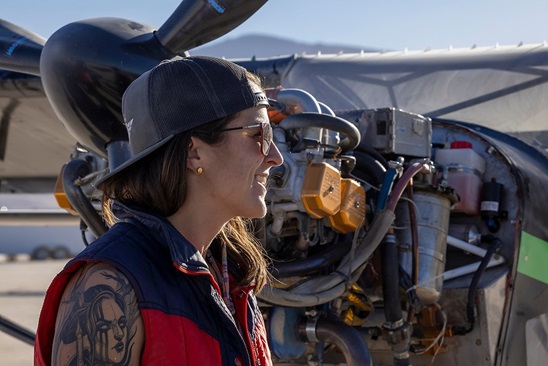