Get the app Get the app
Get the latest news on coronavirus impacts on general aviation, including what AOPA is doing to protect GA, event cancellations, advice for pilots to protect themselves, and more. Read More
Already a member? Please login below for an enhanced experience. Not a member? Join today
News & Videos Accident puts Cessna 206 cargo doors back in focus

The FAA is revisiting the question of whether occupants of Cessna 206-, U206-, and TU206-series airplanes can safely exit the aircraft through the cargo doors during an emergency. 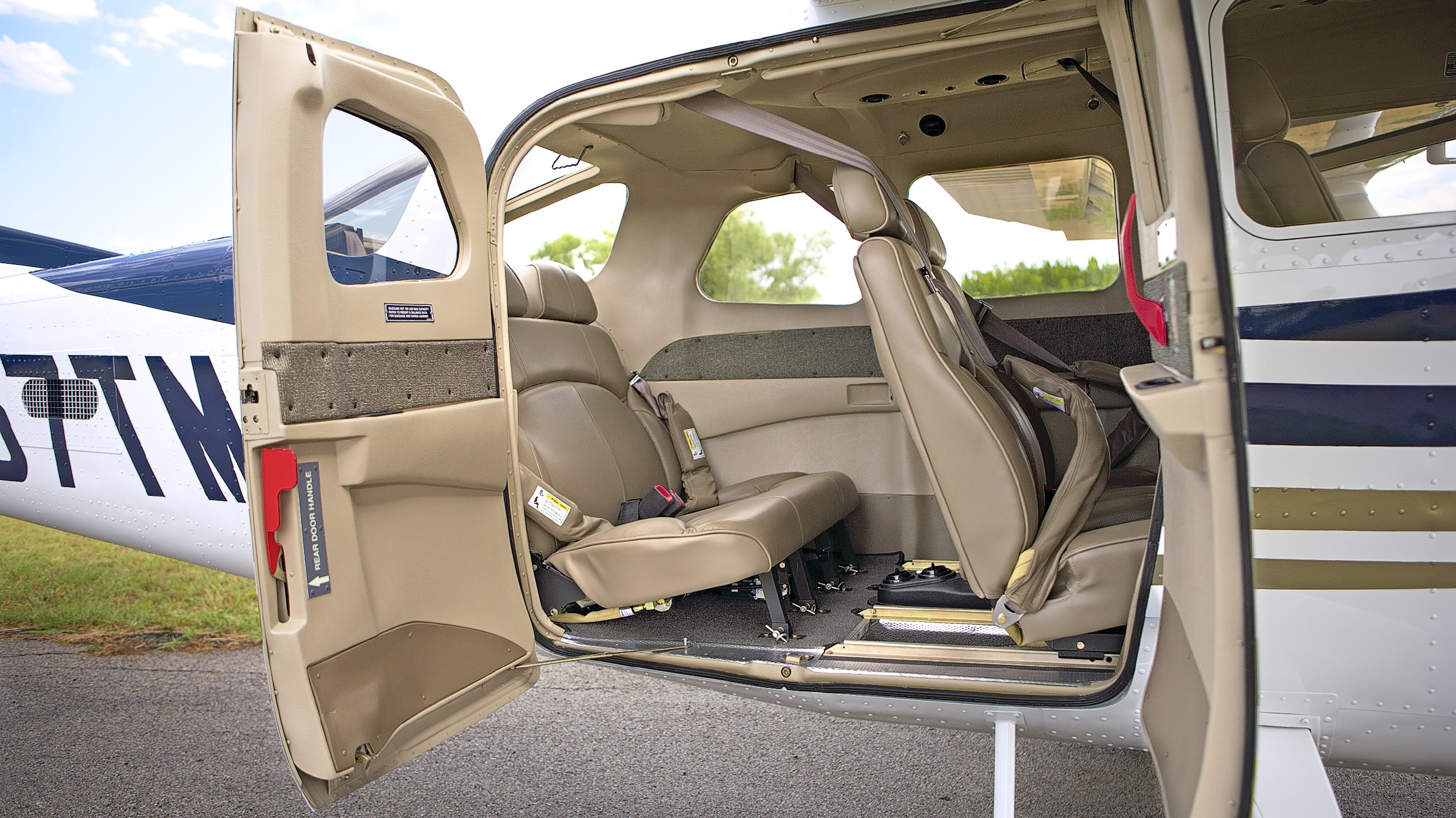 The FAA is concerned about the ability of occupants to exit some models of the Cessna 206 though the rear cargo doors. Photo by Mike Fizer.

In an airworthiness concern sheet issued February 27, the FAA sought information from operators “with regard to use, operation, and clarity of placards and instructions” of the cargo doors “as well as any modifications or alterations completed by owners and operators that aid in the usability with and without flaps extended.”

The renewed examination comes in connection with a Transportation Safety Board of Canada investigation of a fatal August 2018 accident involving a Cessna U206G that had been on a sightseeing flight from Fort Simpson Island Water Aerodrome in the Northwest Territories with a pilot and four passengers aboard. “While the pilot was conducting a water landing at Little Doctor Lake, control of the aircraft was lost and the aircraft nosed over, coming to rest inverted and partially submerged. The pilot and 1 passenger were able to escape the submerged fuselage and climb up onto the floats; they were rescued by a nearby boater within 15 minutes. The 3 remaining occupants were unable to escape the fuselage and drowned,” according to the agency’s accident report.

During the investigation, the Transportation Safety Board directed a safety advisory to Civil Aviation, Transport Canada, noting that the wing flaps of the accident airplane “were in the 20° down position, which blocked the forward portion of the rear cargo door.”

The FAA’s airworthiness concern sheet notes that “the FAA, Transport Canada, and Cessna have investigated this area of concern numerous times in the past and have examined possible design changes, but no cost-effective and feasible or practical improvements were identified.”

In 1991, Cessna Aircraft issued a service bulletin for a door-handle modification.