Get the app Get the app
Get the latest news on coronavirus impacts on general aviation, including what AOPA is doing to protect GA, event cancellations, advice for pilots to protect themselves, and more. Read More
Already a member? Please login below for an enhanced experience. Not a member? Join today
News & Videos Picking up the pieces (and flying a little) in Nashville

How do you put a flying life back together after a tornado destroys the airport where you earn a living and a viral pandemic breaks out just as folks are getting back on their feet? 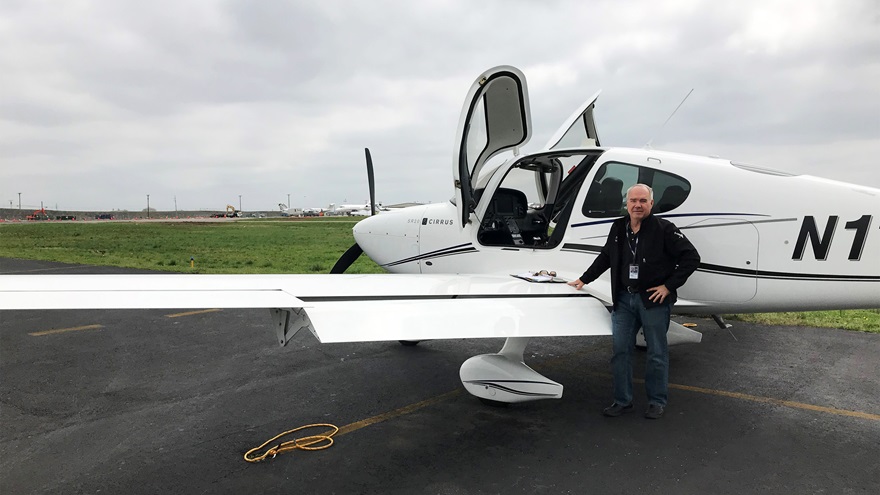 Randy Harmon of Harmony Air is back up and flying following the March 3 tornado that devastated John C. Tune Airport in Nashville. Photo courtesy of Randy Harmon.

“One piece at a time,” as the song goes.

That’s the approach being taken by Randy Harmon, who we last looked in on March 3 as he was standing amid tornado damage at John C. Tune Airport in Nashville, Tennessee, wondering how he was going to rebuild his business, Harmony Air, at a time when he was not even sure where some of the jets and turboprops the company manages had ended up in the storm. A hangar was also gone following the night the lights went out.

Two weeks later, the extent of the damage was overwhelming—but Harmon had found a way to cheer himself up, at least temporarily.

“I FLEW yesterday,” he wrote us in an email packed with capital letters on March 19.

Harmon was still just starting to get a handle on the damage inflicted by one of the two powerful tornadoes that roared through Tennessee in the predawn of March 3, killing at least 24 people and laying waste to much of John C. Tune Airport. The damage was staggering. AOPA reported March 3 on Harmon’s assessment of damage so severe that once he had gained access to his ramp he could not identify the remains of client-owned business jets and turboprops in the twisted wreckage. The tornado missed nearby Nashville International Airport.

Tune Airport would not reopen until March 20 with cleanup continuing and with the Metropolitan Nashville Airport Authority announcing that “the airport has been restored enough to support safe flight operations on a 24-hour basis.” Airport Authority CEO Doug Kruelen credited its Emergency Operations Center team and local business partners with teaming up to get Tune Airport, the local general aviation field, back up and running.

The news wasn’t all catastrophic. Two Harmony Air airplanes—a Piper Arrow and a Cessna 172N—happened to be undergoing maintenance at another airport when the tornado struck Tune, and it was in the Cessna that Harmon, and his spirits, returned aloft.

“The 172 just had a new engine and new prop installed,” he said. “I went up to be the test pilot. It flew great and felt great...what fun doing steep turns and Lazy 8’s at full power for the engine break-in.”

But reality and the destruction at Tune keeps trying to bring him back down to earth.

“Afterwards, I finally had access to the last two damaged aircraft we manage—a King Air 350 and an SR22T,” he said.“It was raining as I removed personal effects from them.It is really demoralizing to have to keep doing that.”

Harmon isn’t alone facing demoralizing challenges in the Middle Tennessee region now. According to local news reports that cited official figures, state unemployment claims soared to 6,092 between March 8 and 16, up from 2,031 in the period of March 1 to March 7.

The Tennessean newspaper reported March 18 that the area was bracing for recession, with General Motors Co. and Nissan Motor Co.—both key players in the regional automotive industry—temporarily curtailing production and shutting down facilities. Destruction of other businesses included “up to 5 million square feet of industrial warehouses that supply the area with all kinds of goods and services,” it reported.

Then there’s the coronavirus. With hundreds of confirmed infections and numbers increasing, Nashville had activated a “safer at home” order restricting personal movement except for essential activities.

Airports are listed as essential businesses in the order, so on March 24 Harmon said he was on site at the airport—starting over, having just taken delivery of a Cirrus SR20 he is leasing from the manufacturer.

With the coronavirus by then in Nashville, Harmony Air’s administrative staff was working from home, ­as are so many other workers around the country (including at AOPA). Harmon also said he asked any client “who does not feel one-hundred percent” to stay away.

Still, it takes a lot to keep aviation down. On March 23, Harmon, who is an FAA designated pilot examiner, administered a commercial pilot practical test, and the next day he gave a ground-school lesson to a private pilot aspirant. (Motivational message to that individual: It’s not always like this.)

Aircraft care also adheres to strict procedures: “We have followed the [Centers for Disease Control and Prevention] protocols for cleaning and disinfecting. And when we fly, we use wipes to clean instruments we may touch and hand sanitizer when we get out of the plane.”

When not flying, Harmon turns his attention to tornado-related insurance chores, working “in my almost sterile office that smells heavily of Clorox.”

And once in a while another encouraging morsel of news shows up. On March 24, Harmon emailed again to say he had just learned that the FAA has upgraded his examiner authorization allowing him to give type-rating checkrides in the Cirrus SF50 Vision jet. 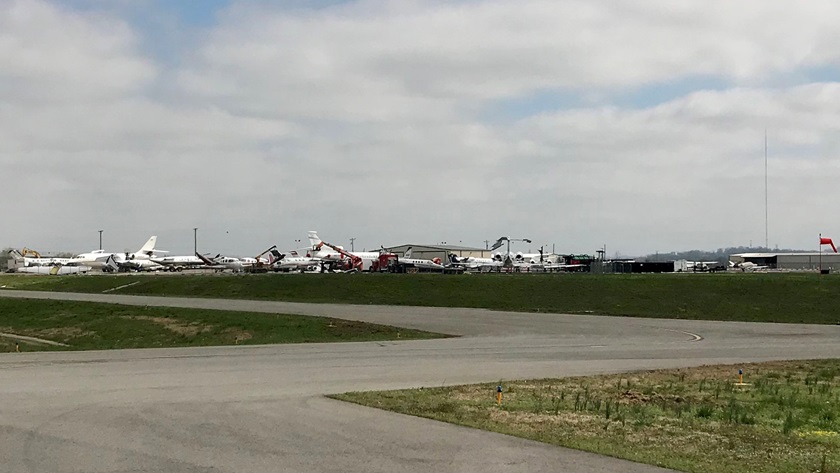