Galen Lee Hanselman, 72, known to the aviation community as an expert in backcountry flying and author of a series of backcountry guidebooks, died May 6 in Twin Falls, Idaho. He had been diagnosed with myasthenia gravis, an autoimmune disease, in 2018, and early this year was diagnosed with liver cancer. 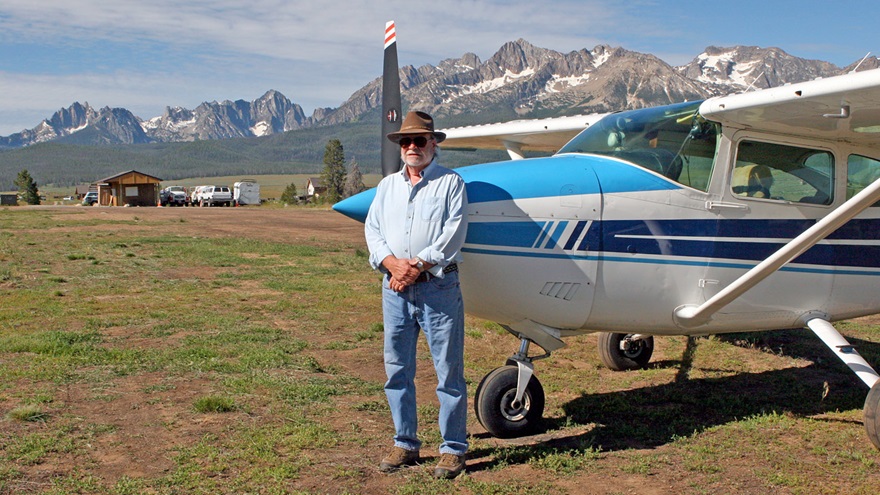 Hanselman wrote a definitive series of backcountry flying guides, including Fly Idaho! (now in its third printing), as well as Fly the Big Sky!, Fly Utah!, and Fly Baja!

According to the Idaho Aviation Association, Hanselman’s inspiration for the guidebooks came from a brush with disaster. He had decided to land at Sulphur Creek Ranch, one of Idaho’s well-loved backcountry destinations, which features a lodge, cabins, and substantial breakfasts for pilots who land there.

“As he crossed the approach end of the runway, it suddenly became apparent that the strip was a lot shorter than he expected,” the association said in a Facebook post. “A bit high and fast, he floated well past the halfway mark before getting wheels on the ground. Now he was standing on the brakes, skidding toward a crash. Fortunately, he got it stopped just in time. The caretaker, who had seen him blast past the lodge, came running out. Weak-kneed, Galen headed in for a slice of pie.”

Hanselman realized he had flown to the airstrip without solid, accurate information. He decided to accurately document Idaho’s airstrips for other pilots. Each collection of books contains charts, topographical information, preferred landing and takeoff directions, and much more.

Wood River Chapel, of Hailey, Idaho, is handling funeral arrangements. Memorial services will be announced at a later date.