Editor's note: This article was updated November 5 to clarify that the 14th Air Force adopted the designation of Flying Tigers.

On October 30, San Luis Obispo, California, pilot Harry Moyer climbed into his 1964 Mooney MK21 and flew a couple of laps around the airport, tipping his wings to the 80 or so people on the ground watching him. 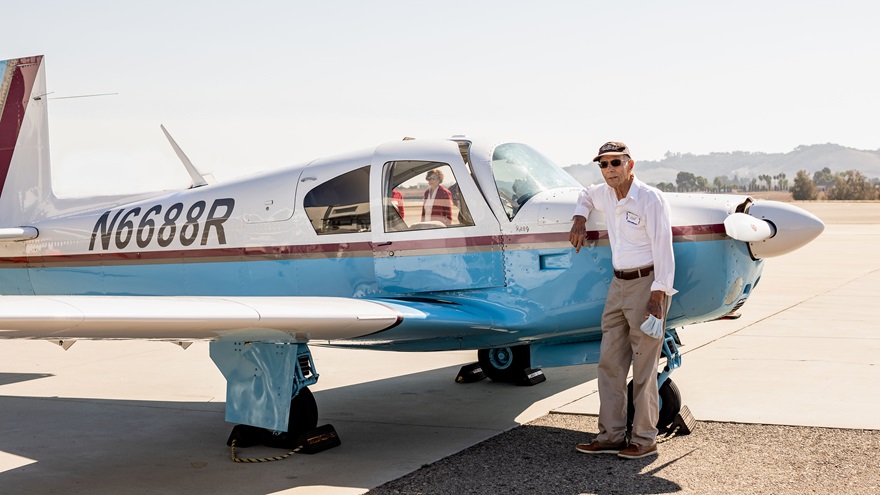 Flying Tigers veteran Harry Moyer flew solo in his 1964 Mooney MK21 to celebrate his 100th birthday. Photo by SLO Town Studios/Welcome Home Military Heroes.
Clearly this wasn’t a normal flying day for Moyer. It was his birthday. His 100th birthday. And his family and friends are asking Guinness World Records to verify that this solo flight was flown by the oldest certificated pilot in the country. Oh, and a delegation from China was also on hand to congratulate Moyer. Moyer is a World War II veteran who joined the 23rd Fighter Group of the 14th Air Force in China in 1944. The squadron was primarily responsible for protecting Chinese airfields and the Boeing B–29 Superfortress bombers stationed there, tasked with counterattacks on Japan. The group inherited the designation of Flying Tigers, piloting Curtiss P–40B Warhawks painted in Chinese colors under American control to defend China against the Japanese. 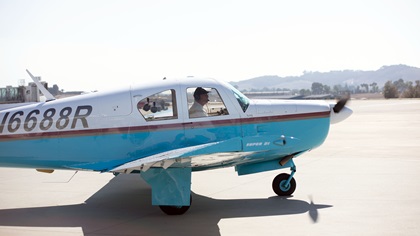 Moyer joined the U.S. Army Air Corps in 1942 and flew combat missions in North Africa, Sicily, and Italy before going to China. After the war, he became a P–40 flight instructor for the U.S. Army in New Mexico and bought his Mooney in 1976. He’s been actively flying ever since. Hosted by his family, friends, and the Sino-American Aviation Heritage Foundation, Moyer’s centennial birthday celebration took place at the San Luis County Regional Airport.

“Harry is not only a hero for us, but also a very important hero for people in China,” said Jeffrey Greene, chairman of the Sino-American Aviation Heritage Foundation.

“The story of the Flying Tigers forms an important and brilliant chapter in the history of China-U.S. relations,” Wang Donghua, Chinese consul general in San Francisco, said, calling Moyer “a living witness to the U.S.-China friendship.” 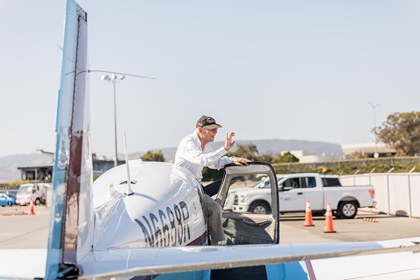 Moyer’s son Pete said the Chinese delegation told him that “there are only 25 guys left that are associated with the Flying Tiger group, Dad being the only pilot. The Chinese journalist said that in a couple days over 800 million Chinese will see the story. The Flying Tigers are known in almost every household. Just some of the crazy things we learned on Friday.” 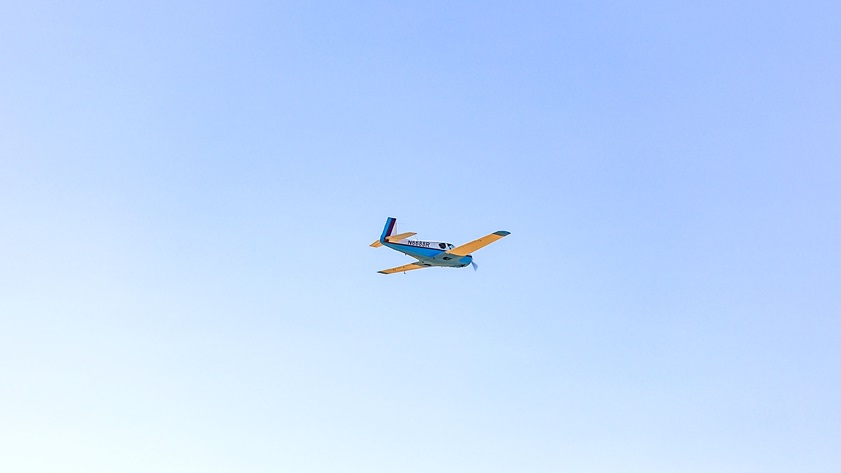