Get the app Get the app
Get the latest news on coronavirus impacts on general aviation, including what AOPA is doing to protect GA, event cancellations, advice for pilots to protect themselves, and more. Read More
Already a member? Please login below for an enhanced experience. Not a member? Join today
News & Media Test-driving the Audi e-tron SUV

Futurists for decades have been predicting the electrification of our lives. There is little doubt about the greater efficiency of electric motors over internal combustion engines (ICE). Like a lot of other technical evolutions (remember the promise of paperless offices?), this one is taking longer to get here than was originally predicted, but the movement is underway.

For transportation, the biggest challenge isn’t creating electric motors of the correct capability, it is sourcing the electricity. There are several options; among them: batteries, hydrogen fuel cells, and a good old-fashioned ICE serving as a generator.

All three are playing out in ground vehicles, buses, cars, tractors, and most enduringly—train locomotives. And while progress is slower in aviation, we’re seeing testing of all three in various types of aerial vehicles.

Bye Aerospace, for example, is nearing certification of a two-place battery-powered electric Part 23 airplane. Student pilots in numerous countries outside the United States have been learning to fly in Pipistrel’s battery-powered Alpha Electro light sport aircraft. The FAA doesn’t yet officially recognize electric propulsion in LSAs. ZeroAvia is flying an electric Piper Malibu in the United Kingdom with the energy coming from a hydrogen fuel cell. Ampaire is flying a Cessna 337 in California with the front ICE replaced by a battery-powered electric motor. The hybrid project will soon be conducting demonstration flights with Mokulele Airlines in Hawaii. And, more than 250 companies are developing various electric vertical takeoff and landing vehicles, some of them using various hybrid schemes.

While these and numerous other such projects are progressing, electric aviation is nowhere near being “routine.” Meanwhile, though, in the automotive world, electric propulsion is much closer to powering everyday transportation.

I had the opportunity recently to spend some time with the state-of-the art in electric automobiles when I drove a 2019 Audi e-tron SUV for about a month. Audi recently formed a partnership with AOPA whereby AOPA members get up to $2,000 off their best price on numerous models of Audis. 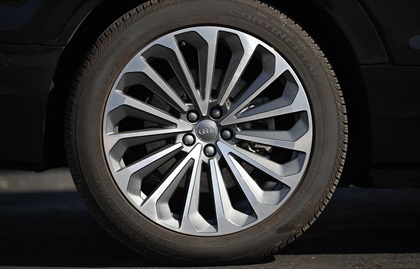 I was intrigued by the e-tron because it is Audi’s first all-electric car. For 2021 and beyond, the company is offering the e-tron in both SUV and Sportback models.

The SUV resembles a Q7 in size and look, but is in fact an all-new platform. At a curb weight of 5,754 pounds, the e-tron is 370 pounds heavier thanks to its 36 battery modules, each of which has 12 battery cells. Should any module or cell fail, it can be easily replaced.

All those batteries deliver the equivalent of 402 horsepower, which, as you might imagine from Audi, provides quite a punch when unleashed. The heavy car accelerates to 60 mph in about 5.5 seconds.

Because we have no transmissions in our airplanes, we are used to continuous acceleration when we shove the throttle forward on the Continental or Lycoming engine during takeoff. A conventional car with a transmission hesitates slightly as it shifts, but an electric car is just pure acceleration, more like an airplane. Unlike an airplane, though, an electric car is quiet. In fact, the e-tron and other new electric cars generate an engine-like noise on purpose at slow speeds to alert pedestrians.

Pilots often wonder in aviation forums about the viability of electric airplanes. They question how long it might take to recharge, for example. And what sort of endurance might you expect. All great questions and ones asked on the automotive side as well. While some aviation schemes call for the swapping of batteries to get the training airplane back in the air, for example, cars can get back on the road through typically three levels of charge. Level 1 is via a common 110-volt alternating current household outlet—a process that takes more than a day to charge the 380-amp battery in the e-tron. Level 2 chargers use 240 volts and decrease the e-tron charge time to about 9 hours; these are ones owners tend to have at home and that you might find in a parking garage. Should you be lucky enough to be near a rare Level 3 direct current charger, you can get about an 80-percent charge in your e-tron in about 30 minutes. An hour will give you a full charge.

The best full charge range I saw on the e-tron was about 226 miles—an amount that can vary depending on temperature and how aggressively you drive. If 75 mph is your sweet spot, expect to see significantly less range. Around town, it might be more.

Range on the first generation of battery-powered airplanes will be limited. The Alpha Electro, for example, is mostly meant to be a pattern trainer. The Bye eFlyer 2 two-place trainer will allow for a 1.5-hour flight lesson with reserves. The eFlyer 4, a four-place higher performance aircraft, however, is projected to fly for several hundred miles.

Electric cars and airplanes both have the ability to regenerate, putting energy back into the batteries as the car brakes or the airplane slows or descends with the propeller putting energy back to the battery. Audi calls it “recuperation.” It happens automatically when brakes are applied. However, the driver can also manage it via a steering wheel paddle, applying up to three levels of recuperation, depending on the circumstances. 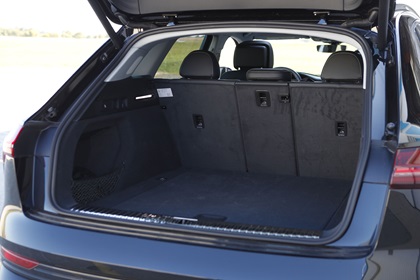 Owners of the newest generation of aircraft have come to enjoy various electronics that assist with workload and safety—synthetic vision, head-up displays, infrared cameras, flight envelope protection, and all sorts of in-flight entertainment.

As you might expect, the flagship electric Audi comes with a host of amazing electronics as well, including a head-up display, self-park capability, auto braking, traffic sign recognition, adaptive cruise control, lane guidance, adjustable suspension for different types of roads—and even off-road—and a host of cameras to allow you to view everything around you in tight parking situations. An optional infrared system will alert you to people and critters on the road.

While the driving and safety tech are pretty awesome, it is creature comfort where the car is head and shoulders above any light general aviation experience you’ve ever had. First off, the “cabin” of the Audi is amazingly quiet, even at high speeds. The seats adjust in dozens of ways to ensure your comfort—and the front seats are both heated and cooled. And while driving, you can get one of three different types of back massages, each available in three levels of intensity. All this while you’re breathing ionized air that you can have scented in one of three ways. The wrap-around in-cabin night lighting is elegant and adjustable to a variety of colors. Getting in and out at night is easy with lighted door sills and subtle lights shining down from below the door handles. It’s a first-class experience.

Not surprisingly, the prices are not at all comparable. Even the most basic GA airplane, including pending electric ones, will set you back well into six figures.

Editor in Chief
AOPA Editor in Chief Tom Haines joined AOPA in 1988. He owns and flies a Beechcraft A36 Bonanza. Since soloing at 16 and earning a private pilot certificate at 17, he has flown more than 100 models of general aviation airplanes.
Go to Thomas B Haines's Profile
Topics: Corporate Partner, Membership 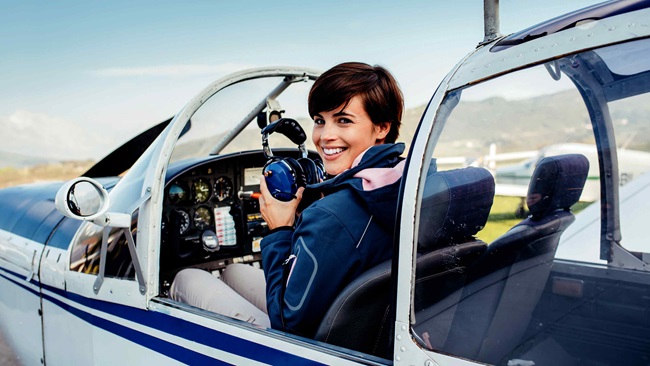 BasicMed and How it Relates to Aviation Insurance 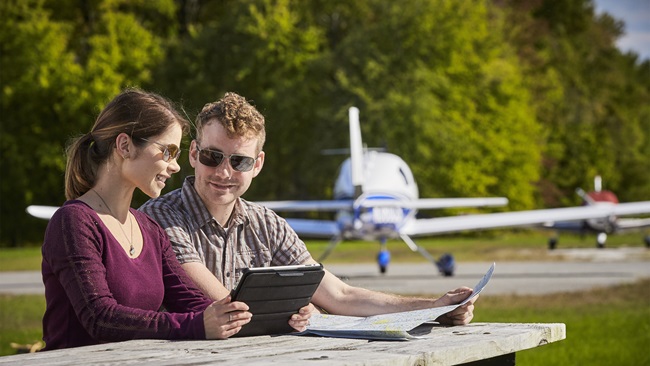 AOPA GO to be folded into AOPA app

Baker explains why GA is soaring in ‘Forbes’ video interview