Get the app Get the app
Get the latest news on coronavirus impacts on general aviation, including what AOPA is doing to protect GA, event cancellations, advice for pilots to protect themselves, and more. Read More
Already a member? Please login below for an enhanced experience. Not a member? Join today
News & Videos Citation Jet Pilots founding member Tracy Forrest dies

President of the Bob Hoover Legacy Foundation and past president of the Citation Jet Pilots Association Tracy Forrest, 70, was remembered as a philanthropist, an accomplished pilot, and a mentor to the next generation of aviators. The Winter Park Construction founder died in Florida of brain cancer on October 12. 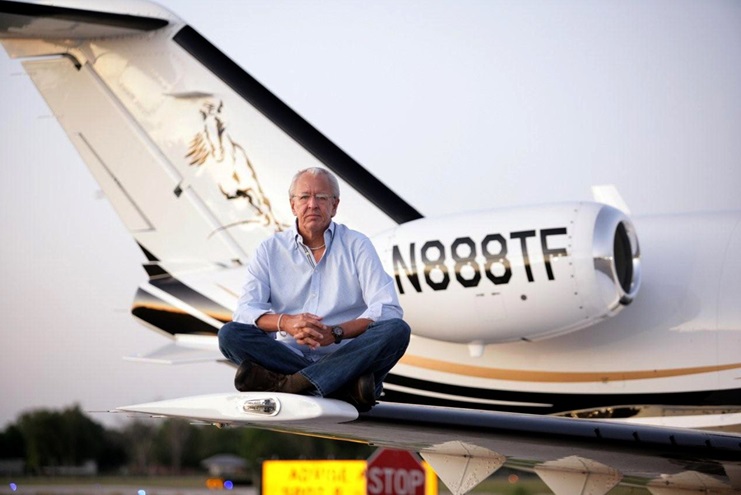 Forrest combined his construction and aviation interests to develop the South East Ramp hangar complex at his beloved Orlando Sanford International Airport home base, said longtime executive assistant Lisa Harris. His desire to share the joy of flight with others was so strong that Forrest built an iFly indoor parachute flight facility in Jacksonville, Florida, and began construction of three additional indoor parachute adventure centers in Las Vegas, Detroit, and St. Louis. “iFly was a passion,” Harris recalled. “He loved iFly because it gave everyone an opportunity to experience flight.” The flights introduce participants to the basics of aerodynamics with slight shifts in body position leading to corresponding flight path changes.

Before Hoover died in 2016, Forrest often flew him to events in a Cessna Citation jet. Vince Mickens, executive director of the Bob Hoover Legacy Foundation, said the relationship turned into a cause to honor Hoover after Forrest and his friend Mike Herman established the foundation to pass along Hoover’s humility, spirit, mentorship, and support to the next generation of aviators.

The two aviation organizations closest to his heart—the Citation Jet Pilots Association with more than 1,200 members and the Bob Hoover Legacy Foundation—formed a 50-50 partnership to fund and distribute scholarships to outstanding Embry-Riddle Aeronautical University students. The initiative has delivered more than $600,000 to 34 students since 2014, said Mickens.

“He, like everyone else in aviation, pretty much worshipped the ground that Bob Hoover flew over, so anything they could do to further Bob Hoover’s legacy” was a priority, recalled Mickens. “That’s the kind of person Tracy has always been. He was philanthropic and this is an example of his generosity.”

“Tracy and Bob had a very special relationship,” said Citation Jet Pilots Association COO and Executive Administrator Cheryl Hardy, an FAA Safety Team representative who was introduced to Forrest during informal events at his hangar, and later joined the jet pilots association in an official capacity. “Bob was aging, and the folks around him were talking to him about how he wanted to carry out his legacy and share his memorabilia. They did a beautiful job getting Bob organized and the Bob Hoover Legacy Foundation was born. One of the things Bob Hoover requested was that CJP start a presidential scholarship” to assist young career aviators.

Hardy said the scholarship not only helped Bosch realize his dream of “flying for the majors” as a Delta Air Lines pilot but also allowed Citation association and Hoover foundation leaders to keep in touch with the young aviator and track his progress. Bosch recently joined Forrest, Hardy, Mickens, and several young aviation professionals during a Zoom video to share their aviation career outlook. The discussion included a positive picture for aviation’s future after the coronavirus pandemic passes.

Hardy remembered Forrest as “a tremendous pilot,” and a role model for others. “His dedication to aviation was second to none.”