Get the app Get the app
Get the latest news on coronavirus impacts on general aviation, including what AOPA is doing to protect GA, event cancellations, advice for pilots to protect themselves, and more. Read More
Already a member? Please login below for an enhanced experience. Not a member? Join today
News & Videos 'One more time: Thanks'

It was only a half-hour in the air, but the flight of the North American B–25 Mitchell bomber Old Glory above Hawaii during an aerial parade marking the seventy-fifth anniversary of World War II’s end on September 2 meant the world to those aboard. 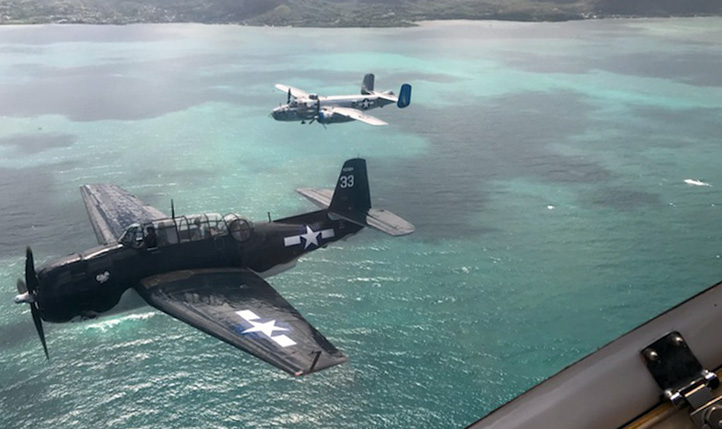 An aerial parade of warbirds flies over Pearl Harbor, Hawaii, on September 2 to celebrate the seventy-fifth anniversary of the end of World War II. Photo courtesy of KT Budde-Jones.
“It was very profound for all of us to do this together,” said KT Budde-Jones, a member of the entourage who had traveled with the vintage bomber by air and sea from the U.S. mainland to participate in several days of observances.

“To honor those veterans and the veterans we are flying—these planes are veterans too—we were all very touched by it,” she said by phone shortly after the commemoration’s final flight, which took David Prescott’s Old Glory and the other parading warbirds over the memorials for the USS Arizona, on which 1,177 sailors died during the December 7, 1941, attack on Pearl Harbor, and the USS Missouri, on which Japan’s surrender was accepted on September 2, 1945. 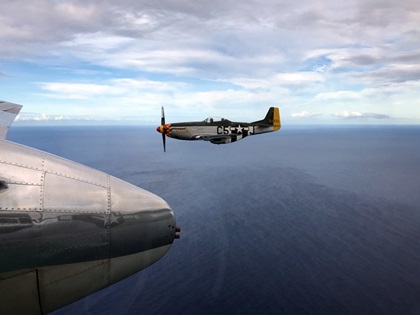 Despite recently increased coronavirus-related restrictions in effect in Hawaii, organizers of the event chartered by Congress “to thank and honor veterans of World War II, including personnel who were held as prisoners of war or listed as missing in action, for their service and sacrifice on behalf of the United States and to thank and honor the families of these veterans” took care to make the commemoration flights accessible to the public: Flight routing took the aerial parades over checkpoints that afforded good viewing of the aircraft.

“We included them the best we could,” she said. “The public has been appreciative of the efforts of all these private citizens.”

Budde-Jones said Old Glory’s crew would most treasure memories of flights they took with World War II veterans aboard as passengers of honor, all “sharing something that defies description.” 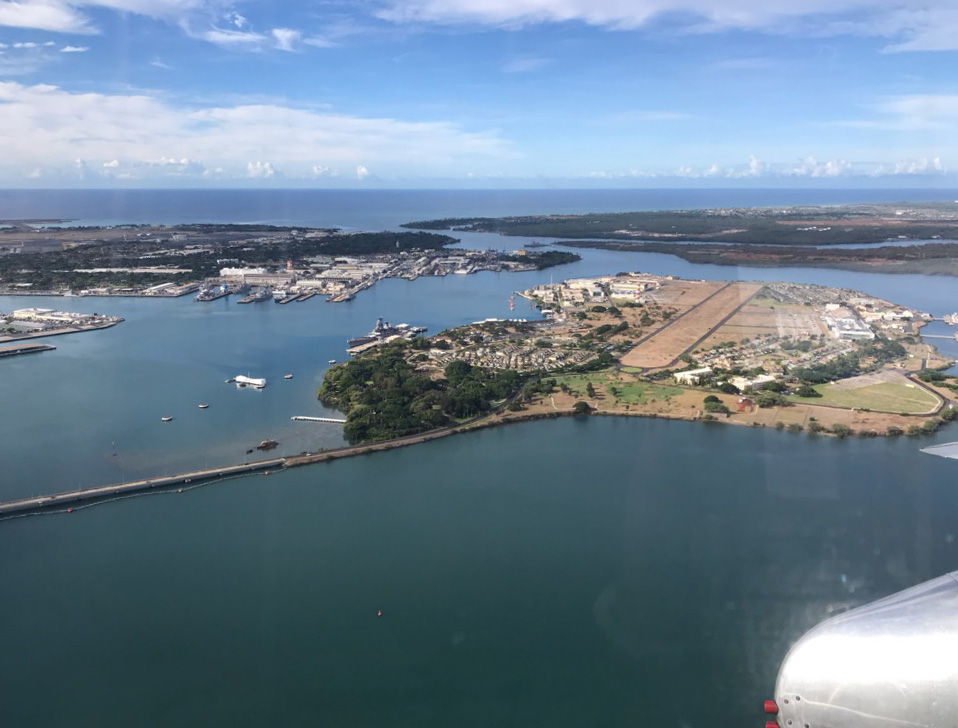