Get the app Get the app
Get the latest news on coronavirus impacts on general aviation, including what AOPA is doing to protect GA, event cancellations, advice for pilots to protect themselves, and more. Read More
Already a member? Please login below for an enhanced experience. Not a member? Join today
News & Videos AOPA pilots engage to help protect California airports

In August, AOPA became aware of two bills set to be presented in the California State Assembly that would have made it easier for land developers to target and potentially close airports for redevelopment.

The proposed legislation, SB902 and SB1120, championed by California State Sen. and President pro Tempore Toni Atkins (D-District 39) would have transferred decision-making authority regarding land-use planning, including approvals, from local city and county governments to the state level. The consequences of that shift in decision-making authority could negatively affect the future viability of airports in California.

The airports most at risk would be those that do not use federal grants to help move needed projects along and therefore do not have to meet certain federal obligations. The legislation could also have created potential conflicts between airports that accept federal funds and state residential development laws.

AOPA members and Airport Support Network volunteers in California reached out to elected officials and made their voices heard—playing a critical role in upending legislation that would have left the future of hundreds of airports hanging in the balance.

“These bills would have brought uncertainty to land-use decisions including the 200 smaller airports across the state. Our AOPA members and Airport Support Network volunteers reached out to their elected officials and outlined the potential negative consequences,” said AOPA Western Pacific Regional Manager Melissa McCaffrey after the legislative session ended without the bills advancing.

In a letter to the Assembly Committee on Appropriations, AOPA wrote, “AOPA opposes SB 902 and SB 1120, legislation that would remove local authority over land use and development decisions which would negatively affect the future viability of airports across the State.”

The letter also highlights that California’s aviation infrastructure is among one of the state’s most important public resources and serves communities in a number of ways. “Community airports are economic magnets that generate revenue, provide critical services and create jobs. In times of disaster, airports provide an essential lifeline, often acting as staging points for relief and rescue operations and may be the only means of transporting people and goods.” California continues to battle more than 900 fires across the state, where general aviation airports play a vital role in aerial firefighting and emergency response efforts.

“California is also home to 36,000 AOPA members and we are proud that our voices were heard, and common sense prevailed,” said McCaffrey.

AOPA is the world’s largest aviation member association representing more than 300,000 private pilots and aircraft owners. AOPA works to partner, promote, and protect thousands of airports across the country.

A number of organizations from across the state also spoke out against the bills including the Association of California Airports, CalPilots, and Liveable California. 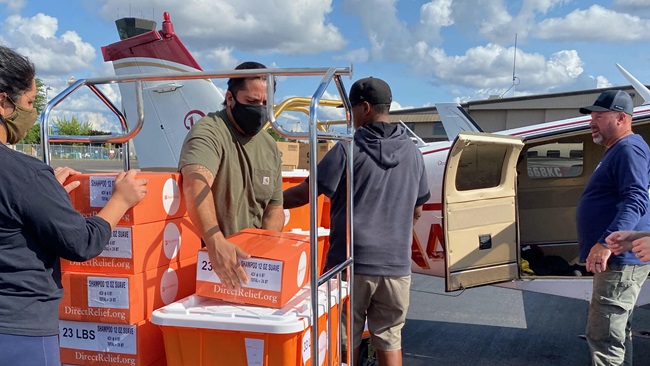