Get the app Get the app
Get the latest news on coronavirus impacts on general aviation, including what AOPA is doing to protect GA, event cancellations, advice for pilots to protect themselves, and more. Read More
Already a member? Please login below for an enhanced experience. Not a member? Join today
News & Videos Erickson acquires Bell type certificates

Erickson Inc. and Bell Textron Inc. signed agreements September 4 to initiate the transfer of type certificates for Bell’s model 214ST and B/B1 helicopters to Erickson. The companies said the transfer should be completed late this year. 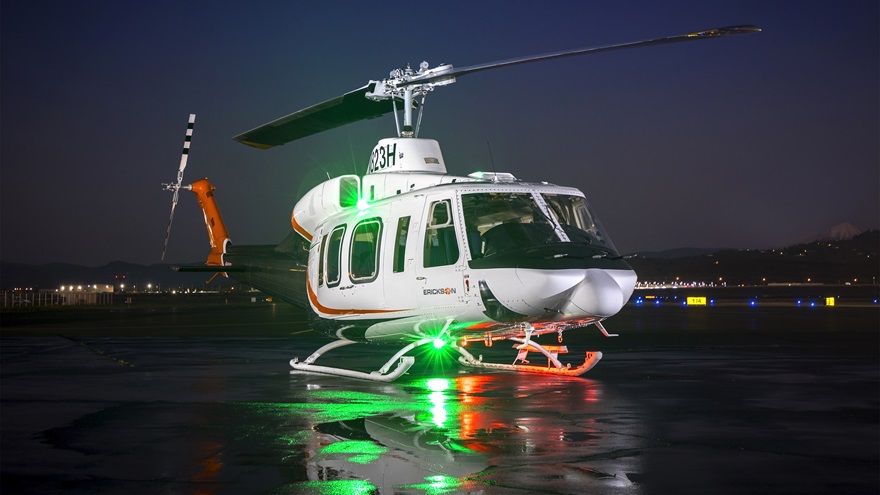 The new agreements “replace the previous license and product support agreement signed between the companies in 2015,” Erickson said in a news release. As one of the largest operators of Bell 214STs, Erickson said it is poised to take the next steps with the model, supporting performance improvements and operational sustainability of the 214 platform as it did when it acquired the Sikorsky S–64 type certificate in 1992.

“The 214 is a great utility rotary wing platform,” said Doug Kitani, CEO of Portland, Oregon-based Erickson. “We look forward to applying our innovative spirit and operational experience to chart a future for the aircraft, like we have done with the S-64 Air Crane helicopter over the past 30 years. The 214 models represent an outstanding complement to the Erickson portfolio of supported aircraft.”

The Bell 214 is a medium-lift, single-turbine helicopter derived from Bell’s ubiquitous UH–1 Huey. Although they share the same model number, the 214ST (for Stretched Twin) is a larger twin-engine aircraft with improved capabilities: It can carry 5,500 pounds internally or 7,900 pounds of external cargo. The Model 214B BigLifter is a single-engine helicopter that can carry 4,000 pounds internally, or an external load of more than 7,000 pounds. Bell built 96 214STs between 1981 and 1993; the 214B was certified in 1976 and produced until 1981.

When Jack Erickson bought his first Sikorsky Skycrane in 1972, he quickly realized how efficiently the large helicopter with a 72-foot-diameter rotor could pluck logs out of a forest. In 1992, Erickson purchased the Sikorsky S–64E and S–64F type certificates—the same year the company created the Helitanker firefighting system, with a 2,650-gallon tank that can disperse water, foam mix, or fire retardant.

Erickson announced at HAI Heli-Expo 2020 that it will begin building new S–64 Air Cranes. Previously marketed as the Sikorsky S–64 Skycrane, most of the twin-engine, heavy-lift civilian helicopter airframes flying today are former U.S. Army CH–54 Tarhes that have been upgraded; Erickson calls them Air Cranes. Recent orders signal a demand for the S–64 as a firefighting platform of the future, the company said; it will begin new production of an updated S–64F+ featuring a modern, more-efficient engine; new composite main rotor blades; an enhanced cockpit and flight control system; and an improved water cannon.

It has not been announced whether the company will consider a return to production of the 214ST and B/B1 helicopters. 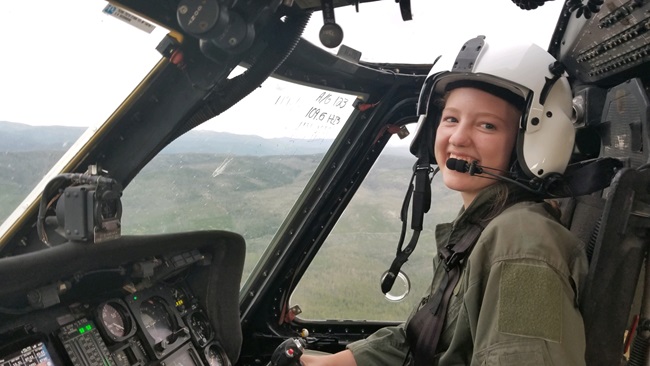