Get the app Get the app
Get the latest news on coronavirus impacts on general aviation, including what AOPA is doing to protect GA, event cancellations, advice for pilots to protect themselves, and more. Read More
Already a member? Please login below for an enhanced experience. Not a member? Join today
News & Videos PK Floats announces amphibious float for experimental aircraft

PK Floats has produced a new amphibious float for experimental aircraft that will become available in October. 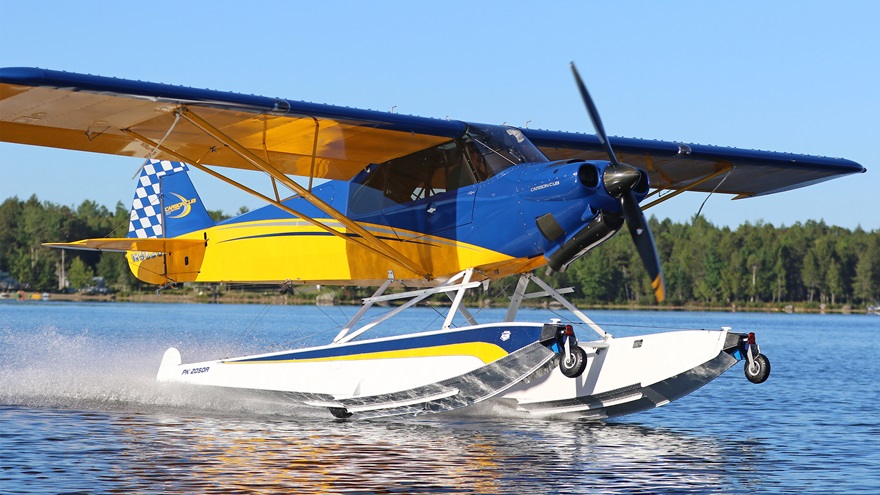 The PK 2050A float “combines a proven hull design with modern landing gear specifically tailored for the weight class of these aircraft,” the Lincoln, Maine-based company said in a news release.

PK Floats has been developing the PK 2050A since September 2019 and met its development deadline despite a monthlong shutdown during the coronavirus pandemic, said company President Patrick McGowan.

“This float is the first of its kind in the world and we have seen tremendous performance and handling results from the first test flight,” he said.

The new float is also made for the American Legend Aircraft Super Legend Cub, and several other aircraft models, McGowan said.

“PK Floats has been in business since 1954 and has over 1,500 sets of aircraft floats in service worldwide” with private pilots, commercial operators, and government agencies, the company said.