Get the app Get the app
We will be performing maintenance on our systems Sunday, 8/21, beginning at 12:00 A.M. ET and ending at 6:00 A.M. ET. During this time, you may experience intermittent service outages. We appreciate your patience.
News & Media Three injured in forced landing of B–25 ‘Old Glory’

Three injured in forced landing of B–25 ‘Old Glory’

The World War II North American B–25 Mitchell bomber known as Old Glory was damaged during a forced landing in a field near Stockton, California, after experiencing mechanical difficulties on September 19, according to the foundation that owns the vintage aircraft. 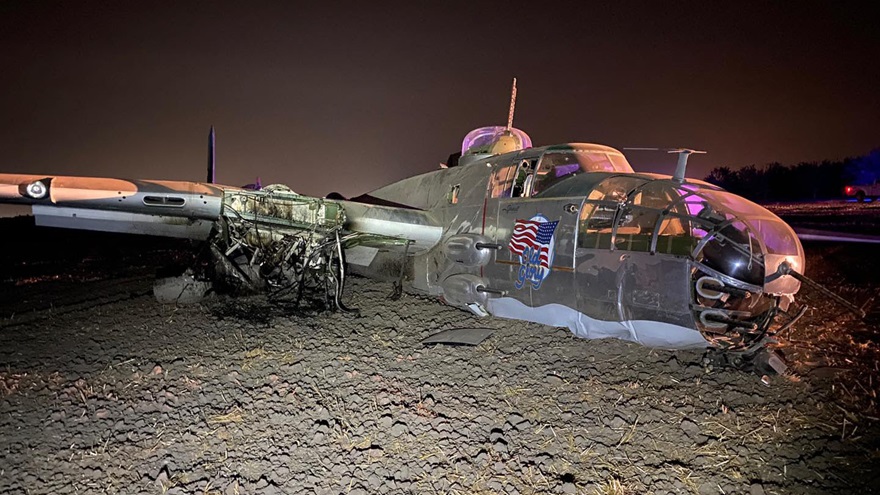 'Old Glory,' a North American B-25 Mitchell bomber that had recently participated in an aerial parade in Hawaii commemorating the seventy-fifth anniversary of the end of World War II, was damaged during a forced landing near Stockton, California. Photo courtesy of San Joaquin County Sheriff's Office.

The two pilots and one other crew member aboard Old Glory were transported to a hospital for evaluation. “Currently, one crew member has been released and the other two are being treated for non-life-threatening injuries,” said the Prescott Foundation, owner of Old Glory, in a statement emailed to AOPA on September 21.

“The Prescott Foundation is working with the NTSB officials leading the investigation to determine the cause of the malfunction and will comment further when facts and details become available,” the statement said.

A local news report said the aircraft “apparently struck an irrigation ditch” during the forced landing.

Old Glory had recently returned to California aboard a U.S. Navy vessel from Hawaii, where it had flown with other period aircraft in a Legacy of Peace Aerial Parade and other events commemorating the seventy-fifth anniversary of the end of World War II.

The bomber had been scheduled to spend a few weeks in California before returning to its base in Albany, New York.

“The Prescott Foundation was in the process of planning the warbird’s route which included several stops across the country. The stops were intended to provide a more personable experience for WWII veterans unable to attend the Commemoration events due to the pandemic,” the organization said. 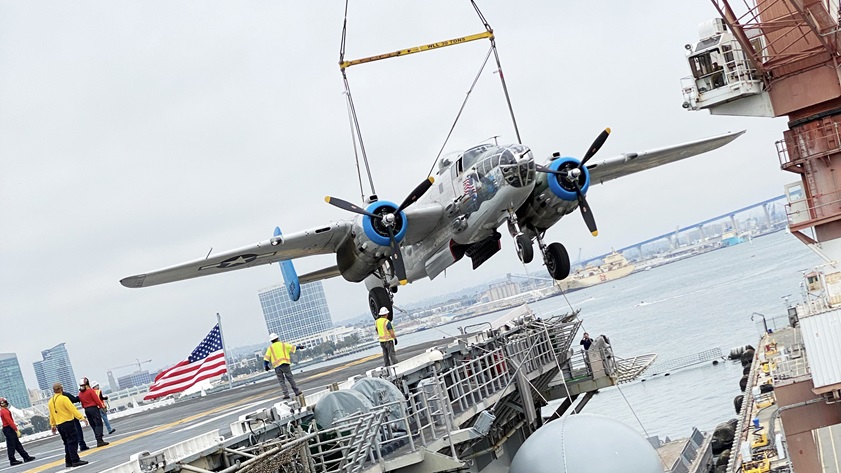 Dan Namowitz has been writing for AOPA in a variety of capacities since 1991. He has been a flight instructor since 1990 and is a 35-year AOPA member.
Go to Dan Namowitz's Profile
Topics: Warbird, Vintage 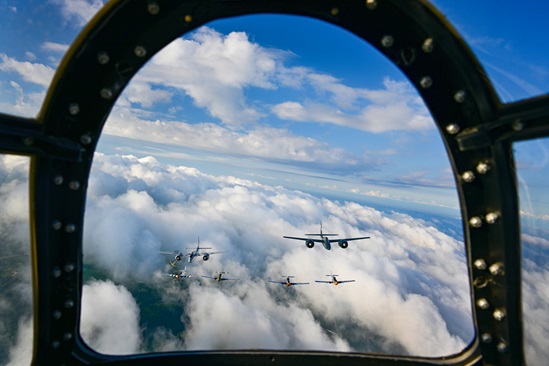