Get the app Get the app
Get the latest news on coronavirus impacts on general aviation, including what AOPA is doing to protect GA, event cancellations, advice for pilots to protect themselves, and more. Read More
Already a member? Please login below for an enhanced experience. Not a member? Join today
News & Videos Accident Analysis: On the spot

Why bother maintaining a skill you never actually use?

One of the less obvious reasons to mourn the cancellation of 2020’s EAA AirVenture in Oshkosh, Wisconsin, is that hundreds, perhaps thousands of pilots felt less impetus to refresh their spot landing technique.

Spot landings are a particularly valuable skill at the Experimental Aircraft Association’s annual gathering, EAA AirVenture. This massive fly-in and airshow draws more than 10,000 aircraft to Wittman Regional Airport in Oshkosh, Wisconsin, and in the rush of traffic a system of dots on the runway allows air traffic controllers to usher in more than one aircraft at once. The colored dots, spaced 1,500 feet apart, allow tower controllers to keep appropriate separation between landing aircraft by instructing pilots to land on the appropriate dots.

Like many things we learn to pass checkrides, precision landing skills are a perishable commodity, and while pride and self-respect should provide enough motivation to stay sharp, these apparently pale next to the potential embarrassment of missing the mark in front of the world’s largest airshow audience.

Well, whatever it takes….

Backcountry pilots, of course, rely on their ability to put the gear on the ground right there. Reaching the approach end without floating a couple of hundred feet beyond can easily become the difference between flying yourself out and hoping someone hears your emergency locator transmitter. But those of us who habitually operate off thousands of feet of pavement are at risk of creeping complacency. If I’ve stopped before the last turn-off, why fret over how many stripes drifted past before the airplane decided to stop flying?

Self-respect aside, there’s a safety interest. The less runway you chew up, the less opportunity animals, vehicles, errant aircraft, and even oblivious pedestrians have to invade your right-of-way where they’ll be difficult not to hit. The records contain examples of each, including the woman who wandered across the active runway of AOPA’s home field on foot, in broad daylight, with the tower in operation. (She told the members of the Maryland State Police Aviation Unit who intercepted her that she couldn’t figure out why such a broad street had no traffic.)

Maximizing the amount of runway in front of you also leaves more room to dissipate energy in the event of a brake failure, and even if your brakes are meticulously maintained, avoiding all-out efforts reduces wear and associated replacement costs. Taildragger pilots have particular reason to brake gently due to the risk of noseovers.

Most important, precise control of the touchdown point is essential to getting down and stopped in the shortest possible distance. This is worth practicing because it may become vital with very little advance warning. It’s easy to neglect if you fly an aircraft model that consistently requires more room to take off than to land, but there may be compelling reasons to land at a field too short to take off from again. Smoke in the cockpit or, worse, an in-flight fire come immediately to mind, followed by other mechanical or system malfunctions: imminent fuel exhaustion caused by a leak or dangerously elevated cylinder head temperatures that suggest misfuelling, for example. A short field could be the best available option for avoiding thunderstorms or spatial disorientation in deteriorating visibility. Any medical emergency threatening pilot incapacitation would certainly qualify—and any of these might also be reason to land downwind on a runway that’s otherwise barely long enough, again bringing short-field technique into play.

Maintaining proficiency in rarely used skills follows the guiding philosophy of flight training: Prepare for the worst, and enjoy it if it doesn’t happen. 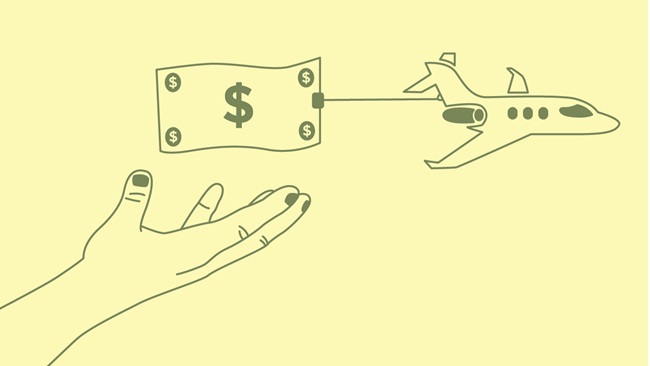