Get the app Get the app
Get the latest news on coronavirus impacts on general aviation, including what AOPA is doing to protect GA, event cancellations, advice for pilots to protect themselves, and more. Read More
Already a member? Please login below for an enhanced experience. Not a member? Join today
News & Videos People: Bryan Douglass

The mission seemed simple enough, says Bryan Douglass: Completely restore a 75-year-old historic DC–3 and fly it from Montana to France for the seventy-fifth anniversary of the D-Day invasion, with no volunteers and no money, in less than a year, with a crew that had only a few hours of experience flying one. 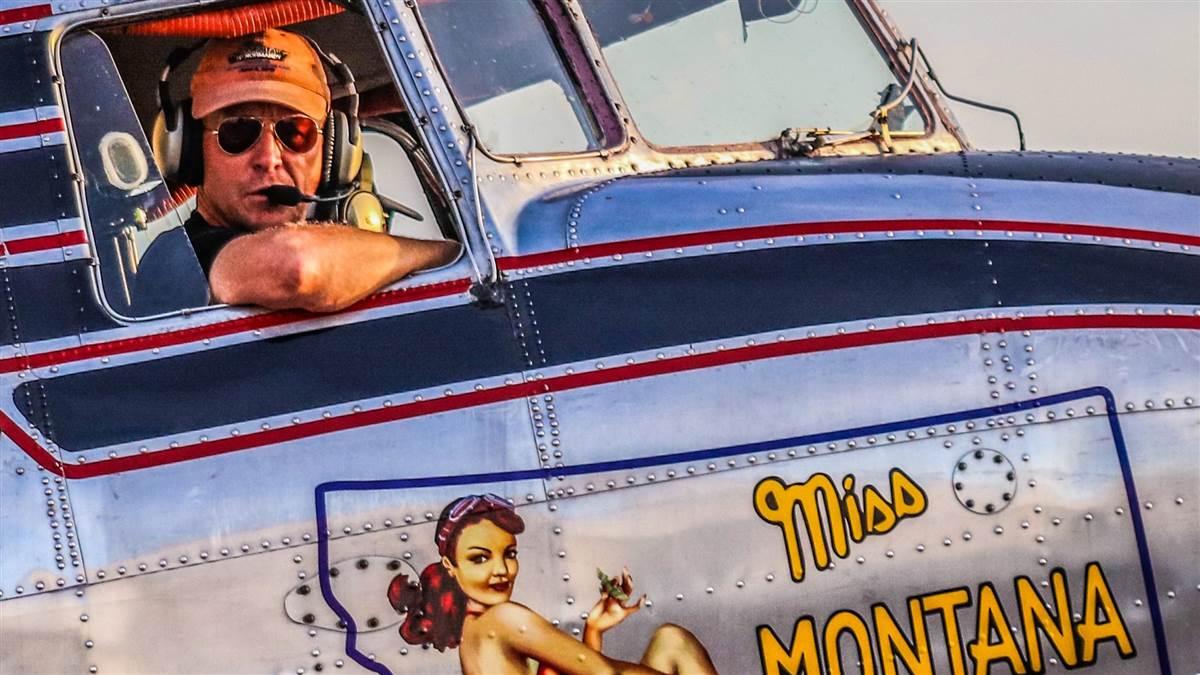 Ride along with author and pilot Bryan Douglass, the rest of the flight crew, the volunteers, paratroopers, World War II veterans, and others in Every Reason to Fail: The Unlikely Story of Miss Montana and the D-Day Squadron, an inspirational story of an impossible dream that almost didn’t come true.

Miss Montana was the underdog of the D-Day Squadron and her crew faced insurmountable odds, constant delays, and a shortage of nearly everything except determination. The idea of crossing the North Atlantic in a 75-year-old, newly restored airplane only a few hours after her first flight would terrify most, but Douglass introduces you to the people who believed it could be done. “The transatlantic journey of the D-Day Squadron’s ‘Mighty Fifteen’ was an incredible feat, but the story of Miss Montana is the best of them all,” says Douglass.

Douglass did not begin flight training until later in life and was so enamored he quickly moved from private pilot rating to instrument and built his own Van’s RV–10. With the Miss Montana project his learning accelerated even faster. “I knew that if I wanted to go along on the trip itself—and boy, did I—I would need to get my multiengine, tailwheel, commercial, and DC–3 type rating in a year. I finished the SIC DC–3 type rating two days before we left. I was the newest DC–3 pilot in the world, I’m fairly certain. It was the trip of a lifetime and I just had to tell the story.”

Every Reason to Fail: The Unlikely Story of Miss Montana and the D-Day Squadron is available on Amazon and barnesandnoble.com.