Get the app Get the app
Already a member? Please login below for an enhanced experience. Not a member? Join today
News & Media Mentors serenade Sun 'n Fun

The T–34 Association gathered in squadron strength ahead of the Sun ‘n Fun Aerospace Expo and arrived at the Florida airshow as a group determined to show the world that pilots know how to balance caution with celebration. 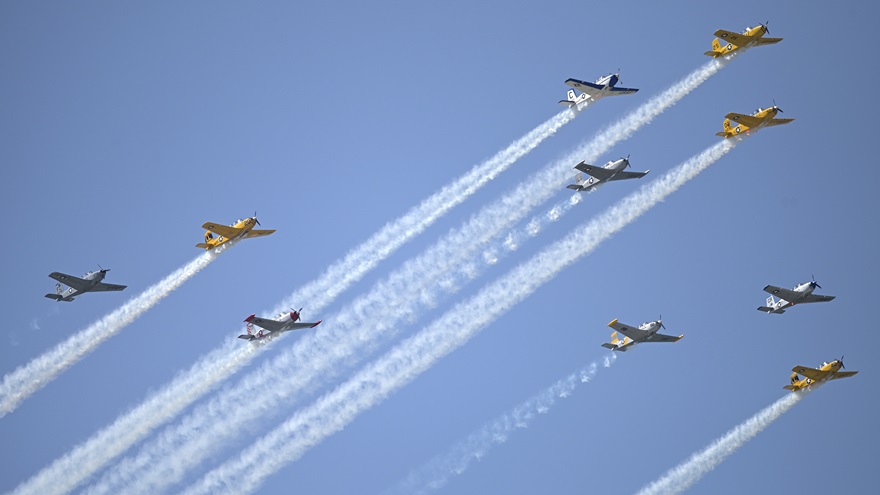 The association formed in 1975 to support the fleet of Beechcraft T–34 Mentors acquired by civilian pilots and has grown to 400 members, according to its website. The Bonanza variant has a long history training military pilots in several countries and remains beloved by owners. Many of them gathered for a fly-in days before Sun ‘n Fun started, hosted by George Baker Aviation Inc. in New Smyrna Beach, Florida. Baker Aviation was created as a project shop for George Baker’s restoration of a T–34 in 1997, and has grown into a full-service maintenance operation servicing Mentors and other Beechcraft models, including Barons and Bonanzas.

From there, the group headed to Lakeland on April 13, and several T–34s sporting military liveries took part in the April 14 afternoon airshow.

Janeen Kochan, a designated pilot examiner based in Winter Haven, Florida, has owned a Mentor with her husband, Dennis, since 2016, and they joined the procession to Lakeland, though there were so many Mentors that they didn’t manage to all park together, Kochan said in a telephone interview.

“The association really wanted a big showing,” Kochan said, estimating that 14 or 15 T–34s had made the trip and parked as a group. “It’s great, because there are so many there.”

Kochan said her home airport in Winter Haven serves as a reliever during Sun ‘n Fun, and the show traffic is evident there, too. “I see they’re already parking up on the other taxiway,” Kochan said. “We’re pretty full.”

Kochan said she was thrilled to see strong overall attendance at the show: “It was just so neat to see all the people out there, and happy, and just doing airplane stuff. Everybody just seems to be in a good mood.”

Kochan said that the precautions in place to limit the spread of COVID-19 amid the ongoing pandemic satisfied her that the remaining risk is acceptable. “I can’t say enough about how well it’s organized,” Kochan said of the event. “It is something that needed to happen … We’ll be mindful, we’ll be safe, but we’re going to celebrate aviation like we know how.” 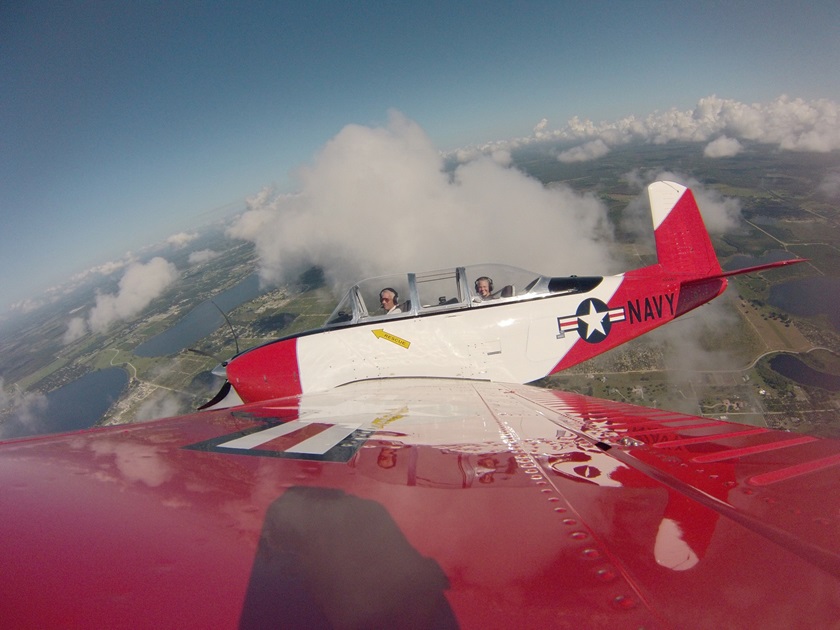