Get the app Get the app
Already a member? Please login below for an enhanced experience. Not a member? Join today
News & Media Pilots clash with airport officials over runway closure

The Orleans Levee District’s decision to close the crosswind runway at New Orleans’ Lakefront Airport is drawing backlash from local pilots who say they were left in the dark during discussions. 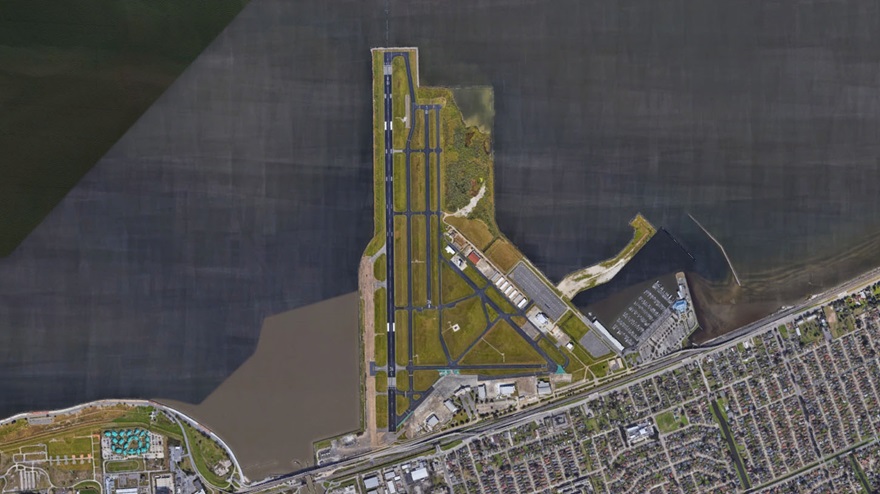 As one of the busiest airports in Louisiana, Lakefront routinely serves private, corporate, and military aircraft. The airport had more than 65,000 operations last year.

Recommendations to close Runway 9/27 have been in the works for years, as proponents say it would mitigate existing hotspots and provide a safer taxiway environment on the field. Additionally, airport officials say decommissioning the runway is necessary for planned development of T-hangars and box hangars and to provide more ramp space for the airport’s two FBOs.

While the FAA was in favor of closing the runway, the agency made it clear that the sponsor should engage the stakeholders in the process—a request that was largely ignored.

Emmet Bartholomew, an airline transport pilot and flight instructor based at Lakefront, said he was only notified of the public meeting once it was “pretty clear” a decision had already been made. “I was taken aback that numerous other notifications and meetings had not been held to receive feedback from those this change will impact the most,” Bartholomew said.

AOPA member Erin Seidemann, who flies a Cirrus SR22 G3 and owns a T-hangar at Lakefront, said most tenants were unaware of prior meetings on the matter.

AOPA learned that the project was being solicited for bid and pressed the FAA airports district office to provide a public hearing on the closure. The airport sponsor scheduled the meeting one week in advance and did not provide a virtual option for attendees until hours before.

During the April 27 meeting, tenants and pilots called the airport out for the underhanded manner in which it was held, while many were vocal about the safety implications of removing the crosswind runway.

Over the past decade, Runway 9/27 has only had two hotspot incursions, both of which were considered Category C or D—the lowest risk. Despite the airport citing a wind rose study stating that the two parallel runways provide 97 percent wind coverage, pilots remain skeptical and say the hotspot tradeoff would jeopardize safety. One tenant calculated an estimate of around 5,000 annual operations during times of significant crosswinds.

The airport has a busy flight training facility, and the lack of a crosswind runway could cause major concern for novice pilots in the event of severe weather changes. Lance Stuke, an AOPA member and CFI based at Lakefront, is teaching his son to fly in his Cessna 182 and says there are definitely safety implications to removing Runway 9/27.

“We can choose the wind conditions in which to depart, but it is often difficult to predict the conditions upon landing. Several times I’ve used 9/27 when returning from a cross-country and the winds were either stronger than forecasted or more easterly/westerly than forecasted,” said Stuke.

Bartholomew also pointed out that nearby airports in the area, with the exception of the Class B Louis Armstrong New Orleans International Airport, also only utilize Runway 18/36, further limiting pilots’ options. “In no longer having an appropriate runway on days when more severe crosswinds occur, less experienced pilots and students may push themselves beyond reasonable limits, primarily when attempting to land.”

The closure of Lakefront Airport’s crosswind runway is just another in a series of what AOPA has been seeing as a trend. Across the nation, the FAA is increasingly reluctant to provide any funding for the maintenance or preservation of crosswind runways when the primary runway covers 95 percent or more of wind coverage, such as in this case. The runways can stay open, but at the expense of the airport sponsor.

Stuke noted that most pilots are in favor of expansion and growth at Lakefront but not at the expense of closing an important runway.

The decommissioning project has already been put out for bid at Lakefront Airport, though pilots are hopeful for a change. “In my humble opinion, losing this runway would negatively impact the GA community throughout the New Orleans metropolitan area and beyond,” Bartholomew said.

AOPA will be submitting a letter to the airport sponsor opposing the runway’s closure.