Get the app Get the app
Already a member? Please login below for an enhanced experience. Not a member? Join today
News & Media Accident analysis: Precious seconds

No time to waste means next to no margin for error

If there’s wisdom in the adage that the first step in responding to many emergencies should be to take a beat and assess the situation, there are also situations to which it clearly doesn’t apply. 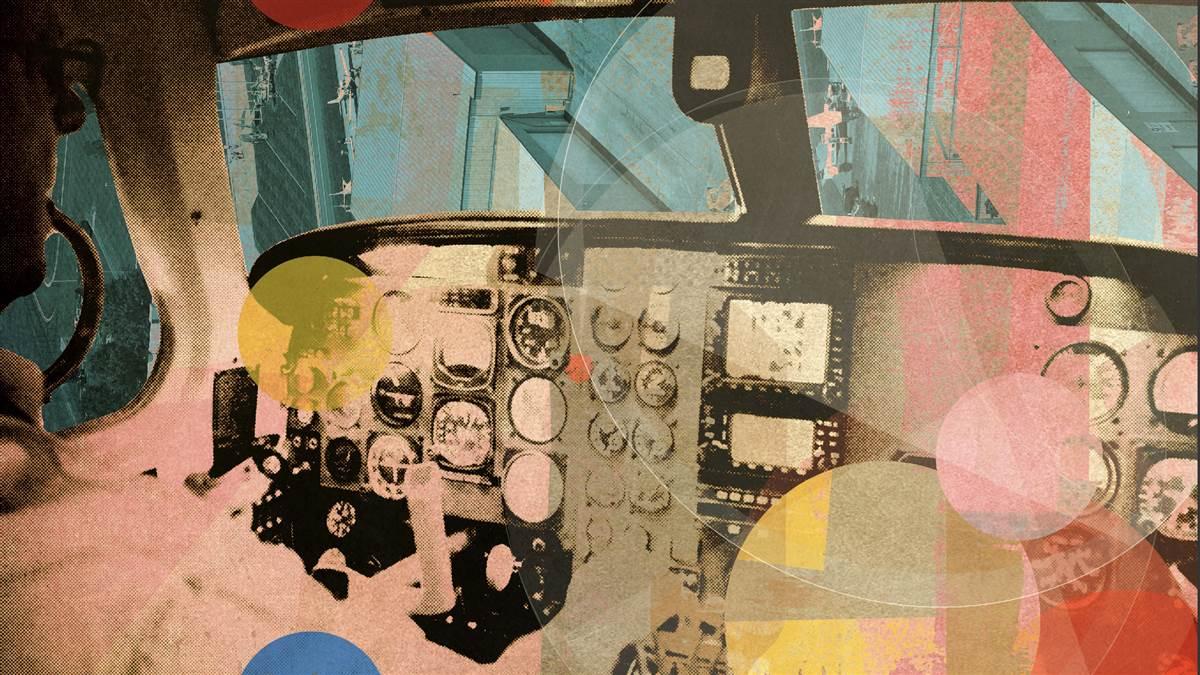 Foremost among them is an engine failure just after takeoff. Whether the airplane is single- or multiengine, the line between survival and disaster is thin and defined by the pilot’s immediate and correct response: Lower the nose to preserve or recover airspeed before control is lost once and for all. Seconds count.

The horrific crash of a Beechcraft King Air B200 into the Flight Safety International (FSI) building at the Wichita Dwight D. Eisenhower National Airport (ICT) in Kansas occurred less than 50 seconds after the B200 began its takeoff roll, barely 20 seconds after the first indications of a reduction of power in the left engine, and just 10 seconds after the pilot declared an emergency. An NTSB reconstruction of its flight path found that it began to veer left almost immediately after takeoff. Climbing through 87 feet agl at 115 KIAS, its ground track diverged from the runway heading of 19 degrees true to 10 degrees, then 5. It reached its maximum altitude of 122 feet on a track of 337 degrees as airspeed decayed to 98 knots, and turned another 50 degrees left in the last eight seconds before impact. In addition to the pilot, the crash and resulting fire killed three people in the FSI building and injured six more, two seriously.

The accident took place on October 30, 2014. The airplane had been sold two days earlier, and the pilot was attempting to ferry it to its new owners in Texas. Six days before the sale it had completed scheduled major maintenance at the Hawker Beechcraft Services (HBS) facility at ICT. The first post-maintenance test flight identified two significant discrepancies: what Textron’s director of maintenance described as an “engine rigging” problem that resulted in the left power lever being more than one-quarter knob ahead of the right at equal torque settings, and an excessive cabin pressurization leak rate of 6,000 feet per minute at a 5.9 psi pressure differential at Flight Level 260. There was also a 40- to 45-degree difference in interstage turbine temperatures (ITTs), but both engines produced full power without ITT exceedances.

Following corrective maintenance, a second test flight was made on October 27. The power levers now matched, and the ITT split was reduced but remained. The cabin leak rate was now acceptable, but the test pilot noted that “one of the bleed air valves was extremely weak.” Subsequent testing showed that the stronger flow was on the left engine. In his written statement to investigators, the director of maintenance said that “To verify whether or not the flow pack systems were causing the ITT split, I requested HBS to swap the LH and RH flow packs...The buyer agreed to have his ferry pilot report ITT numbers during the flight.”

ATC recordings show that the pilot received his takeoff clearance from Runway 1R at 9:47:06 a.m. with instructions to fly runway heading. The King Air began its takeoff roll about 30 seconds later, and at 9:48:17 its pilot declared an emergency, saying that he’d “lost the left engine.” Five controllers in the tower cab, three witnesses in the Textron Aviation C10 building, and eight more on the ground reported seeing it begin banking left at low altitude before hitting the roof of the FSI building. Several described it as “porpoising” just after takeoff. Those who were able to note its configuration agreed that its gear and flaps were extended.

This King Air had two systems designed to help the pilot in the event of an engine failure. Available evidence suggests that neither worked as intended. The propeller autofeather was armed by setting the control switch on the pilot’s subpanel to the Arm position, then advancing both power levers above 90 percent torque; it remained disarmed if either lever was below 90 percent. Once armed, it would respond to a drop below 410 foot-pounds of torque on one engine by disarming autofeather on the operating engine, then feathering the failing engine’s propeller once torque fell below 260 foot-pounds. And the rudder boost system, controlled by a toggle switch on the pedestal, relied on a shuttle valve operated by bleed air from both engines to detect and compensate for asymmetric thrust. A pressure differential beyond a preset tolerance would close a switch on the low-pressure side, activating a boost servo to deflect the rudder against the adverse yaw. Shutting off either of the bleed air switches would disengage the rudder boost.

The B200 pilot’s operating handbook requires that in airplanes with Hartzell propellers, the autofeather system must be operable and armed for takeoff, climb, approach, and landing. It also provides a procedure for testing the rudder boost but does not explicitly require doing so. However, the NTSB’s Powerplants Group found that neither propeller was feathered at the moment of impact; rather, the pattern of damage to the propeller blades and engine components showed that “the left powerplant was producing low to moderate power and the right propeller was producing moderate power at the time of impact…. Both engines displayed evidence of engine rotation at the time.” An aircraft performance study also concluded that in the last second before the crash, the airplane was in a 29-degree left sideslip, leading the NTSB to surmise that, “It is likely that the pilot applied substantial left rudder input at the end of the flight”—opposite that required to maintain directional control.

The final report noted that because “The rudder boost system, autofeathering system, and their respective cockpit controls were mostly consumed by the postimpact fire…an examination of the systems could not be accomplished.” It’s therefore impossible to know whether the switches to arm either or both systems were never engaged, whether they were inadvertently disarmed by the position of the power levers or bleed air switches—or whether there were actual malfunctions. The B200’s emergency checklist—for an engine failure with autofeather installed—cautions against retarding the power lever before the propeller completely stops rotating to avoid disarming the system.

The reason for, and extent of, the left engine’s loss of power likewise remains unclear. The Powerplants Group found no evidence of major internal failure. While the recent switch of a suspect flow pack assembly to the left engine raises at least the possibility that a loss of bleed air caused the flow control unit to roll back (see “FCUs and Engine-Outs, p. T-6), the physical evidence here, too, was inconclusive: “The high pressure bleed valve was thermally destroyed. The low pressure bleed valve was heat-deformed….The fuel pump and much of the fuel control unit (FCU) were thermally destroyed.” So were many of the associated lines and hoses.

One thing that does seem clear is that the pilot—a 3,139-hour ATP with 2,843 hours in multiengine airplanes—had next to no time in which to secure control and begin cleaning up the airframe. While the probable cause report cites his “failure to follow the emergency procedures for an engine failure during takeoff,” his actual window in which to do so was very narrow. A few seconds of confusion after the initial startle reflex were all it took for the situation—and the King Air—to spiral out of control.

The NTSB officially found the accident’s probable cause to be the pilot’s failure to maintain lateral control of the airplane after a reduction in left engine power and his application of inappropriate rudder input. Contributing to the accident was the pilot’s failure to follow the emergency procedures for an engine failure during takeoff. Also contributing to the accident was the left engine power reduction for reasons that could not be determined because a post-accident examination did not reveal any anomalies that would have precluded normal operation, and that thermal damage precluded a complete examination. 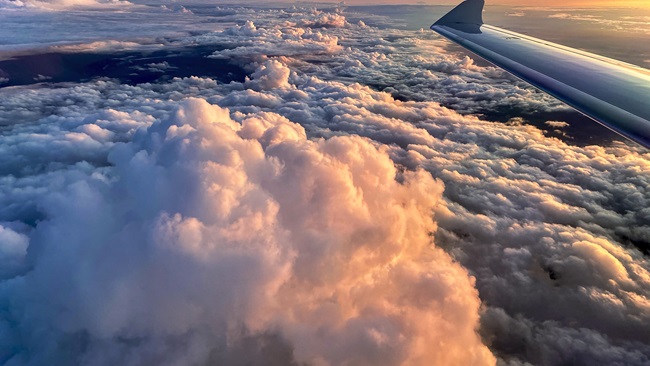 A year of extremes 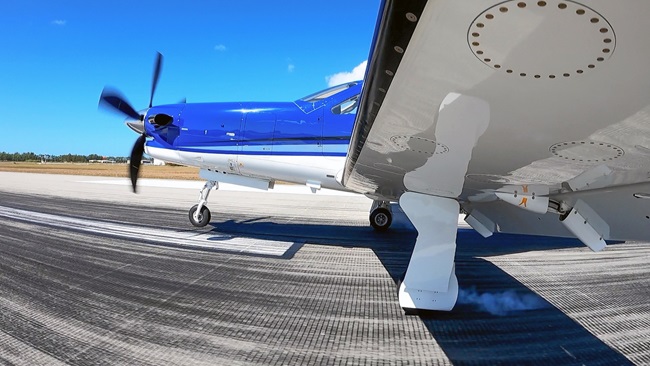