Get the app Get the app
Already a member? Please login below for an enhanced experience. Not a member? Join today
News & Media AOPA leader participates in SHE Week 2021

AOPA You Can Fly Executive Director Elizabeth Tennyson will lend her expertise to Frederick, Maryland’s S.H.E. Week 2021—a community gathering designed to celebrate women and empower participants with the tools to better their relationships, careers, and networking experiences. 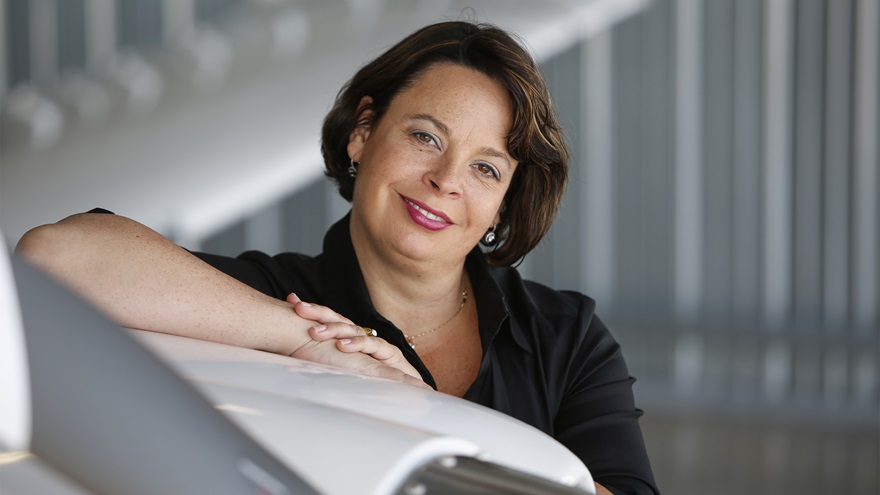 Hosted by the Frederick County Chamber of Commerce Women in Business Committee, S.H.E. Week began in response to the disruption and upheaval brought on by the COVID-19 pandemic, which affected nearly all aspects of health, work, and economic well-being. As recovery continues, S.H.E. Week serves as an opportunity to empower female voices and honor the women in the local community.

Tennyson will participate in S.H.E. Week’s “It’s a WOman’s World” panel on August 27, alongside other inspirational women who stepped outside of their comfort zones to break barriers and thrive in historically male-dominated fields.

Tennyson is responsible for AOPA’s efforts to get people flying and keep them flying. You Can Fly comprises four initiatives aimed at introducing high school students to aviation career opportunities, improving the flight training experience, making flying more accessible and affordable through flying clubs, and returning lapsed pilots to the cockpit.

Tennyson has helped elevate You Can Fly—in particular, its High School Aviation STEM Curriculum, with more than 300 schools in 44 states across the country set to use the program in the 2021-2022 school year. It’s also breaking barriers within the aviation industry: 20 percent of the students are female, and 45 percent are people of color. This summer, the curriculum earned the prestigious STEM.org Accredited Educational Program Trustmark.

Tennyson earned her private pilot certificate in 1998. She has an instrument rating and is also a hang glider pilot. Tennyson first joined AOPA in 1998 and prior to joining You Can Fly, she held positions including managing editor of Flight Training, executive editor of AOPA Pilot, vice president of publications, vice president of eMedia, and senior director of communications.

Tennyson was a television, radio, and wire service reporter, working for the Associated Press in Los Angeles, Miami, and Raleigh, before joining AOPA. She also served as editor in chief for a collection of legal and golf magazines, and serves on the boards of the Aerospace Center for Excellence and the Aviation Accreditation Board International.