Get the app Get the app
Already a member? Please login below for an enhanced experience. Not a member? Join today
News & Media Great Lakes airport favorite: Tin Goose Diner

The aviation-themed Tin Goose Diner in Port Clinton, Ohio, a few miles shy of the Canadian border, rises to the top of many pilots' airport restaurant list for good reason—the food is delicious, plentiful, and reasonably priced.

Pilots hugging the Lake Erie shore are familiar with the silver-sided 1950s-era restaurant at Erie-Ottawa International Airport, but have largely kept it a secret from the rest of us.

The allure of a good meal, cheap fuel, and a leisurely breakfast among colleagues led four of us there in three airplanes. Our mission was to explore a variety of the diner’s dishes based on the recommendation of social media influencer and pilot Stevie Triesenberg, the subject of a recent Flight Training feature.

The AOPA Sweepstakes Grumman Tiger piloted by AOPA Social Media Marketer Kevin Cortes and a Van’s Aircraft RV–12 flown by AOPA Senior Manager of Aviation Events Phillip Johnson were headed to AOPA’s home base in Frederick, Maryland, after welcoming thousands of attendees to the AOPA campus at EAA AirVenture Oshkosh 2021 at Wittman Regional Airport in Oshkosh, Wisconsin. AOPA Senior Director of Communications Eric Blinderman and I were in a fully loaded Cessna 172 Skyhawk Millennial Edition.

The approach to Erie-Ottawa International Airport from the south includes a flyover of farmland and the Sandusky Bay. We had a couple of personal floatation devices at the ready, but the shore on either side would probably be within gliding distance if you plan a gradual descent to the pattern altitude of 1,590 feet with a standard left-hand entry to either runway. The concrete crisscross of the 5,646-foot-long Runway 9/27 and 4,002-foot-long Runway 18/36 can be identified from about 15 miles out if the weather is good. If it’s not, consider other options and save the Tin Goose Diner for another day. Haze and oncoming weather from the north led Cortes and me elsewhere when we tried to visit in 2019.

The Aviator: Two eggs any style, with toast.

Rosie the Riveter: Black bean veggie burger with all the fixings.

Georgie’s Gal: Half-pound burger with sweet relish that honors museum patron George Woodling. (The menu stipulates, “that’s the way he liked it and that’s the only way you’re gonna get it!”)

Cortes ordered a Chef Salad with added grilled chicken, and Blinderman, who was mindful of our load of clothes, camera gear, and aircraft tiedown equipment, chose Doolittle’s Turkey Club. The four-pointed sandwich’s pile of turkey breast and raft of bacon delighted him. “I wanted something that was tasty but wouldn’t affect the weight and balance,” he said thoughtfully.

I figured I could splurge on the calories since Blinderman went light. I ordered a North Coaster three-egg omelet with sausage, mushrooms, and cheddar cheese. The half-moon of eggs engulfed the plate, was cooked to perfection, and included a generous portion of hash browns and rye toast. A crispy outside enveloped a tasty inside with massive quantities of cheese, meat, and vegetables.

Johnson took a page from my book and ordered the North Coaster, too. “It was a lot of food,” he understated.

We had refueled our aircraft before topping off our personal tanks with “fuel,” and we were pleasantly surprised by the outstanding ramp service. “The Erie-Ottawa County Airport FBO was fantastic,” Johnson complimented. Lineman Dennis Mitchell “came over, fueled me up, took my credit card, and drove across the field,” to process it while Johnson surveyed the menu. Mitchell magically reappeared “and hand-delivered the receipt to me in the diner. I was very impressed with that.”

The authentic diner with red seats, stainless steel walls, a serving counter, and cream-and-red checkerboard floor was built by the Jerry O’Mahony Diner Co. of Elizabeth, New Jersey, in the 1950s. The diner is adjacent to the Liberty Aviation Museum, which displays aircraft and aviation artifacts “from the Golden Age of aviation and beyond.” Proceeds from the diner help fund the museum, which draws aviators, aviation enthusiasts, and families with curious children in tow.

We vowed on the spot to make the Tin Goose Diner a mandatory post-AirVenture stop and suggest you do, too.

“Some airport diners are kind of sleepy, but this place is vibrant,” Johnson said. “We saw aviators and local families alike bringing out their kids. I can’t help but think a lot of the children will be inspired by the aircraft they saw landing, taking off, and ramped around the diner.” 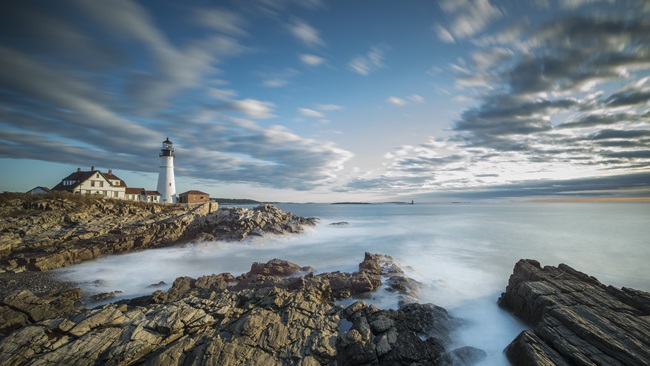