Get the app Get the app
Already a member? Please login below for an enhanced experience. Not a member? Join today
News & Media People: Justin Richmond

From fast food to flight

Justin Richmond, airport manager and owner of Aurora Aviation in Aurora, Missouri, had vowed since childhood that he’d live in southwest Missouri someday. 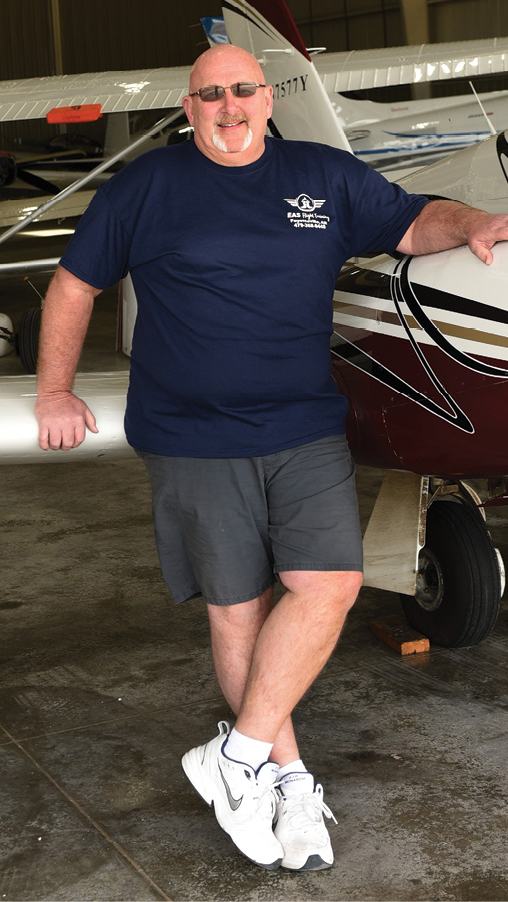 For him, the cornfields surrounding his hometown of Newton, Iowa, couldn’t compare with the tree-covered hills and shimmering lake waters near Shell Knob, Missouri, where his family had vacationed when he was a kid. He wasn’t sure how it would happen, just that it would.

The wheels were set in motion when a McDonald’s restaurant opened next to his family’s home in Newton.

“I was 15 years old and was thrilled,” Richmond said. “When I put my application in, they hired me on the spot. It was my first job.

“From burger-flipper, I worked my way up to become the manager of six McDonald’s restaurants in central Iowa,” he said, “but I still wanted to move to Missouri. I finally just dropped everything and did it—with no job, and nothing but a degree in ‘hamburger-ology.’”

Even a hamburger-ologist is in demand, Richmond discovered. He was quickly hired as the manager of the McDonald’s restaurant in the southwest Missouri town of Monett. He later took on the management of a new McDonald’s in nearby Aurora, located within 30 miles of Shell Knob and Table Rock Lake.

“One evening as I was preparing to leave the Aurora restaurant, I discovered one of my employees sitting in the lobby, looking forlorn,” Richmond said. “When I asked him if I could help him, he told me he needed a ride to the Aurora airport for his flight lesson. I was taken aback. The kid was 17 and was learning to fly! I’d never even been up in a small airplane before. I immediately offered him a ride.”

It proved to be a life-changing choice. When airport operator Dennis Gold saw Richmond’s interest in flying, he took him up for a flight in the airport’s beat-up Cessna 150.

“One flight was all it took. I was hooked!” Richmond said. “I began taking flight lessons whenever I could: usually at night, after my shift at McDonald’s ended. Of my first 100 hours of flying, I think 84 of them were after dark.”

“I began taking flight lessons whenever I could; usually at night after my shift at McDonald’s ended. Of my first 100 hours of flying, I think 84 of them were after dark.”“When the old plane I’d been taking lessons in crashed,” he said, “I bought a Cessna 150, then leased it back to the FBO, just so I could continue instruction.”

Because of his management experience with McDonald’s, Richmond accepted a position on the airport board of directors, but later resigned in favor of managing the airport itself.

“The airport was owned by the city of Aurora, but Aurora Aviation wasn’t a money-maker when I took it on in 1996,” Richmond said. “In fact, the city was thinking of closing it. They had been through five operators in the previous five-year period, one of whom had left in the night. I had to beg them to give me a chance. Finally, they let me take over the remaining two years on the then-current lease, as a trial. I immediately began working on building up the flight instruction and the maintenance shop.”

Richmond’s first year grossed only $26,000 in sales, but thanks to supplemental income, he was able to persevere. His persistence was rewarded in later years when sales hit $700,000 per year and beyond. Currently, with five airplanes and three instructors, Aurora Aviation is the only FAR Part 61 flight school within a 40-mile radius, a convenience appreciated by 40 student pilots. Aurora Aviation offers testing for FAA and FCC exams.

When the maintenance shop outgrew its capacity at the Aurora Airport, Richmond signed an agreement with the city of Monett to lease a 15,000-square-foot maintenance hangar at the Monett airport, 20 miles to the west. Richmond also recently began offering flight instruction from Drake Field in Fayetteville, Arkansas.

Now with three locations, Richmond operates his business under the name EAS Flight Training. His degree in hamburger-ology, as it turned out, produced more than fast food, and led to his dream home in southwest Missouri.

Sheila Harris is a freelance writer who lives in southwest Missouri. 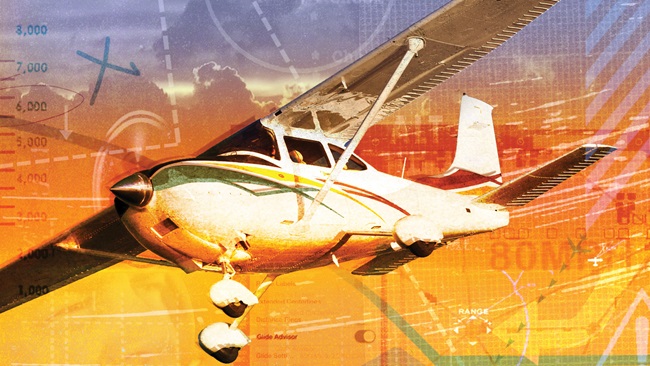